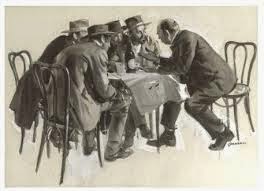 
As usual, Charles Krauthammer got there before me by pointing out that we won’t learn anything from the release of Hillary Clinton’s e-mails because the only e-mails turned over to the State Department from her private server are those already “scrubbed and cleansed and decided upon, chosen by her own people, acting in her own interest.”
It’s as if a perpetrator is telling the authorities to come and search the house for evidence after it has been completely wiped down, everything has been flushed and all that is left in the fireplace is warm ashes. So the 850 pages of e-mails made public so far aren’t going to tell us anything new — but the whole e-mail scandal does give us insight into how the Clinton Empire operates.
The Clinton campaign is relying heavily on so-called “Democratic strategists” and “campaign advisers” to bluster that former Secretary Clinton has turned over 30,000 emails and that she “wants these emails released quickly.”  But Mrs. Clinton’s growing list of co-conspirators are just collaborating in the “big lie.”  Back in the day, as a regular talking head, I attended dozens and dozens of tiresome briefings and received thousands of talking points to guide me in speaking as a “Republican strategist” on behalf of the GOP cause.  But no one ever expected me to go out there and say black was white or be complicit in a lie.  I don’t want to seem sanctimonious, and I certainly did my fair share of partisan spinning – but at least it was in furtherance of a party aspiration or a government policy.  I was never expected to provide personal cover for someone who refused to act lawfully.
But for Hillary and Bill Clinton, helping out with the covers-ups is part of the arrangement.  The Clinton loyalists willingly throw up smokescreens to protect the Clintons, no matter what the truth is.  There is no question that Hillary Clinton should be held accountable for all the emails she sent as Secretary of State and how they were stored and later disposed of – not just the ones that she wants the government and the public to know about.  If a lesser State Department employee had done what she did, they would most likely be prosecuted and they almost certainly would have been fired and lost their security clearance if they had one.  Well, does Hillary Clinton still have a security clearance?  Should she lose it?  What is the process in place to decide this?  Are Members of Congress going to start asking questions about her emails, unrelated to Benghazi?
Oddly, Hillary Clinton’s most effective shield from unpleasant inquiries is that she is running for President of the United States. As Charles Krauthammer said, her push to have her emails released is all just a farce.  The Clintons’ acts of personal malfeasance and the willful collaboration of her Democratic loyalists are beyond the pale – and I have a pretty big pale.  Hillary Clinton is counting on voters’ ignorance, partisan stalwarts and a compliant media to protect her candidacy. Be it a campaign or some other political initiative, it is important to start from an honest place. From Clinton’s glaring hypocrisy on issues like income equality and “fairness” to her cover-up of probable violations of State Department rules and White House agreements, it is impossible for the Clinton campaign to be honest — and the Empire expects its allies to be part of the deceptions from Day One.
Source>http://www.washingtonpost.com/blogs/post-partisan/wp/2015/05/26/the-insiders-a-vast-group-of-left-wing-co-conspirators-is-aiding-clinton/?hpid=z2
Posted by theodore miraldi at 9:30 AM