Police on Thursday nabbed the 21-year-old man suspected of gunning down nine people gathered for bible study in a Charleston, S.C., church, nearly 14 hours later and 240 miles away after an all-night manhunt.
Dylann Roof, of Columbia, was captured without incident in a traffic stop after a tip led police to Shelby, N.C. at approximately 11 a.m. in the black sedan he had been seen fleeing the horrific scene at Emanuel African Methodist Episcopal Church, where the church's pastor, Clementa Pinckney, who was also a state senator, was among those killed. None of the other victims were immediately identified, and at least two people survived. One was reportedly a five-year-old girl who obeyed her grandma's instructions to play dead and the other was a woman who the gunman freed to "tell the world" what happened, according to reports.
Charleston Police Chief Greg Mullen said authorities were given a tip by a citizen, which lead to the capture. The suspect was in the vehicle and was cooperative, he said. Mullen also said officials believe Roof acted alone. 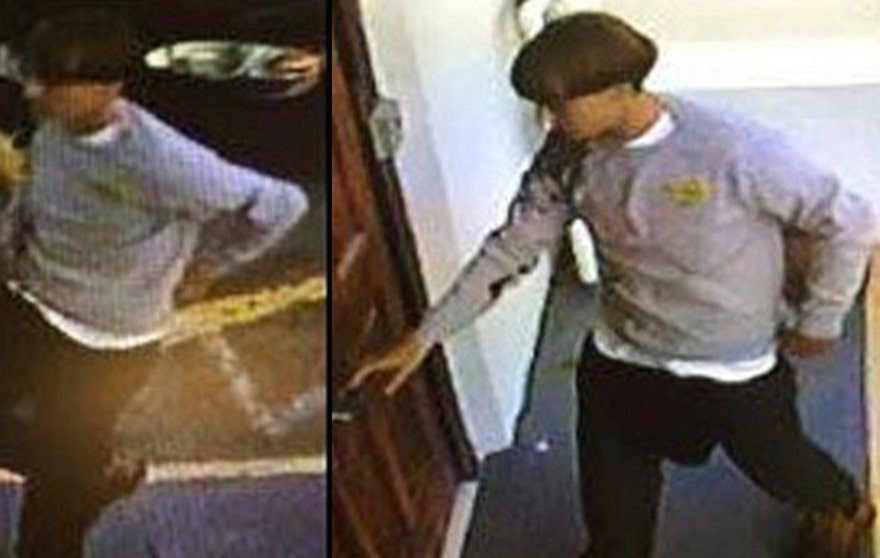 Expand / Contract
Surveillance cameras caught Roof entering the church before his horrific spree. (Associated Press)
Police immediately branded the shooting spree, which began just after 9 p.m. Wednesday, a hate crime, and released surveillance images of a white man fleeing the scene at 180-year-old Emanuel African Methodist Episcopal Church after the horrific incident, which left six women and three men dead.
Roof's childhood friend, Joey Meek, alerted the FBI after recognizing him in a surveillance camera image that was widely circulated, said Meek's mother, Kimberly Konzny. Roof had worn the same sweatshirt while playing Xbox videogames in their home recently.
"I don't know what was going through his head," Konzny said. "He was a really sweet kid. He was quiet. He only had a few friends."
View image on Twitter 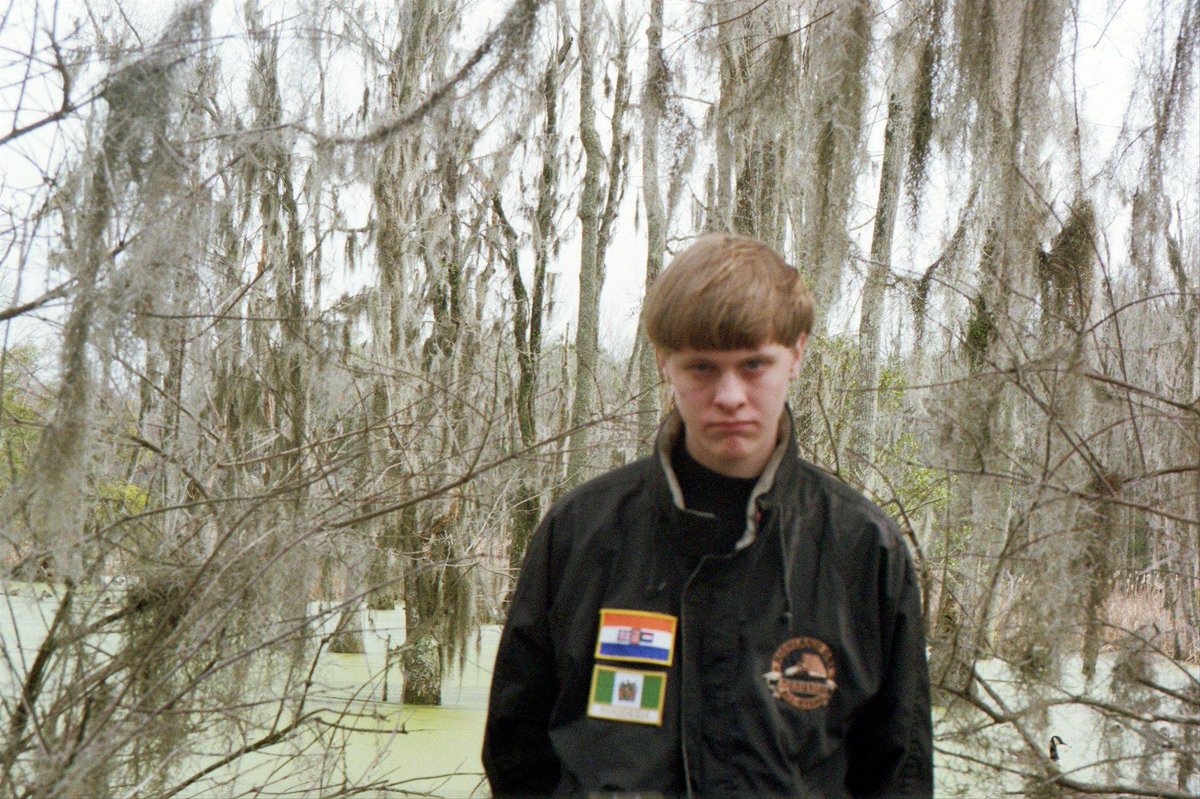 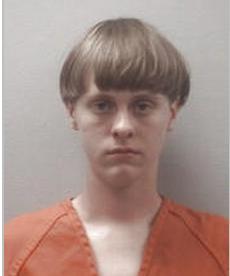 "This is an unspeakable and unfathomable act by somebody filled with hate and a deranged mind," Charleston Mayor Joseph Riley said in a Thursday morning press conference.
The Post and Courier reported that Roof was arrested twice in South Carolina and was jailed in March in Lexington County on a drug charge. Roof received a .45-caliber pistol from his father for his 21st birthday in April, his uncle told Reuters. The uncle told the news agency that police were at the suspect's mother's home shortly after the shooting.

"This is an unspeakable and unfathomable act by somebody filled with hate and a deranged mind."
- Charleston, S.C., Mayor Joseph Riley

A five-year-old girl reportedly survived the attack by following her grandmother's instructions to play dead, and a woman was allowed to leave to tell what had happened. It was not immediately known what message she was supposed to convey.
Mullen said the suspect entered the church and sat in a pew for up to an hour after the regular prayer meeting had begun, before opening fire at 9:06 p.m.
PHOTOS FROM SCENE
Mullen said "there is no doubt in my mind that this is a hate crime." The Department of Justice, which will ultimately make that determination, said it is opening a hate crime investigation.
Attorney General Loretta Lynch said at a press conference the department stands "ready to offer every resource, every means and every tool that we possess in order to locate and to apprehend the perpetrator of this barbaric crime."
President Obama said at a press conference that at "some point, we as a country will have to reckon with the fact that this type of mass violence does not happen in other advanced countries."
The president said he and first lady Michelle Obama knew several parishioners there, including the church's pastor, state Sen. Clementa Pinckney, among those killed. 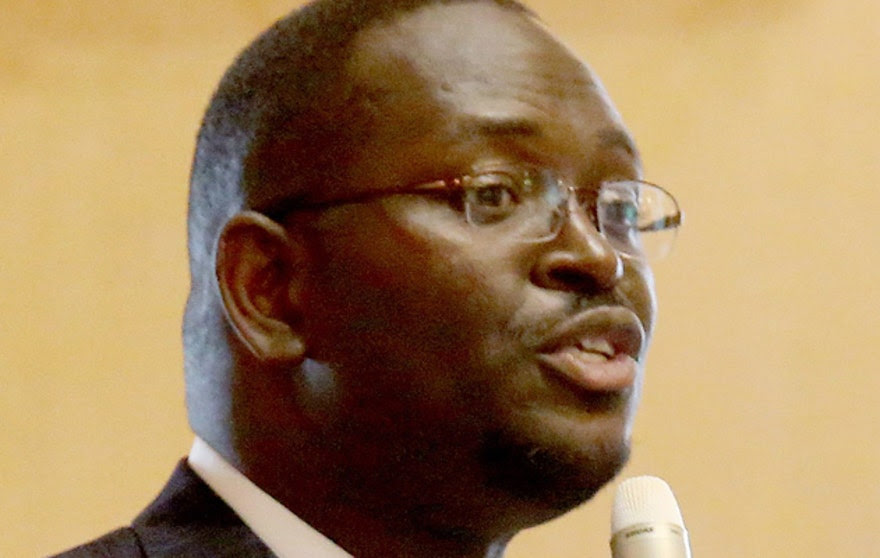 Expand / Contract
Clementa Pinckney was a beloved pastor and respected lawmaker before he was gunned down in his own church Wednesday night. (Grace Beahm/The Post and Courier via AP)
Mullen said the scene was chaotic when police arrived, and the officers thought they had the suspect tracked with a police dog, but he got away. He also announced that a reward for information leading to the shooter's capture would be offered Thursday and that the FBI would aid the investigation.
Pinckney, 41, had been a pastor since he was 18 and was the youngest African-American elected to the South Carolina legislature when he won office in 1996 at age 23 and had been a state senator since 2000. The other victims were not immediately identified.
Early Thursday, a family assistance center was set up for families of the victims at a nearby hotel, according to city officials. The center will be staffed by local, state and federal victim services personnel and the Charleston Coastal Chaplaincy.
Community organizer Christopher Cason told The Associated Press he felt certain the shootings were racially motivated.
"I am very tired of people telling me that I don't have the right to be angry," Cason said. "I am very angry right now."
Dot Scott, the president of the Charleston NAACP, told the Post and Couriernewspaper that she had spoken with a female survivor who said the gunman told the woman he was letting her live so she could tell others what had happened.
"There is no greater coward than a criminal who enters a house of God and slaughters innocent people engaged in the study of Scripture," NAACP President and CEO Cornell Brooks said in a statement Thursday. "Today I mourn as an AME minister, as a student and teacher of scripture, as well as a member of the NAACP."
The church is a well-known landmark in Charleston, known as "The Holy City" because of its many houses of worship and denominations. The church traces its roots to 1816 when African-American members of the city's Methodist Episcopal Church, led by a freed slave, broke away to form their own congregation. The church was burned to the ground in the 1820s, and rebuilt a decade later.
The campaign of GOP presidential hopeful Jeb Bush sent out an email saying that due to the shooting, the candidate had canceled an event planned in the city Thursday. South Carolina Gov. Nikki Haley issued a statement calling the shooting a "senseless tragedy."
The church is a historic African-American church that traces its roots to 1816, when several churches split from Charleston's Methodist Episcopal church. One of its founders, Denmark Vesey, tried to organize a slave revolt in 1822. He was caught, and white landowners had his church burned in revenge. Parishioners worshipped underground until after the Civil War.
The Associated Press contributed to this report.
Source>http://www.foxnews.com/us/2015/06/18/police-respond-to-shooting-at-sc-church/
Posted by theodore miraldi at 2:32 PM