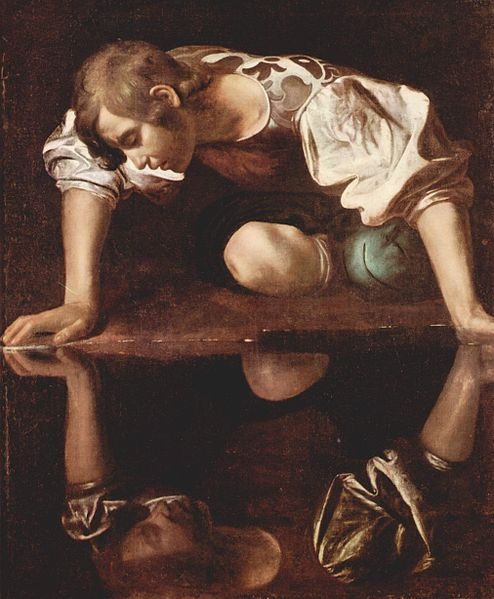 
Conceit is busting out all over. It’s a global epidemic in dire need of an encyclical and U.N. action. Failure to take action is all but certain to do-in the human race. Hence, this humble letter. Perhaps it will awaken the world to what really gnaws at humanity’s vitals. Then, again, don’t hold your breath.

Let’s start with Pope Francis. Of Francis’ encyclical, Laudato Si’, we must say: “Father, forgive him, he knows not what he proposes.” That is, concerning “manmade climate change.” Or maybe he does. Francis’ letter is a screed. A mélange of church teachings, junk science, and Jesuit-inspired leftism. There’s good in the letter, but it’s choked by weedy thinking. Above all – doubtlessly unintended -- it’s a conceit.

Francis presents leftish tropes on economics and society. He gives us heavy doses of Kumbaya. He hedges as needed. There’s great merit in il Papa’s defense of the unborn and his opposition to human trafficking. After all, isn’t the human race part of the natural world? Don’t innocents matter as much as carbon dioxide molecules?
That Francis wove his defense of life and opposition to flesh-peddling into his letter must have perplexed the left -- briefly. The left is ostensibly about saving “Mother Earth” but not much about saving the unborn. Subjection and slavery were Soviet and Chinese arts in the 20th Century.

The left will do with Francis’ linkage what it always does with anything inconvenient: ignore it or lie it away. As the left propagandizes Francis’ letter, his mention of protecting human life will be dropped. His swipes at leftist tyranny, excised. What will remain is a morality tale about bad old smokestack industries, free markets, and car and cow flatulence raping Momma Earth, rendering her uninhabitable, and how Francis thinks so, too. It’s a bankable argument for those who want to steal our liberty.

As to Francis’ conceit, this is offered. The forces of nature are vast. Truly beyond human comprehension. We bipedals -- the whole lot of us -- are about on scale with ants at nature’s picnic. That we humans can, through our puny actions, trash and unravel a global ecosystem makes for the stuff of science fiction, not fact. That we posit ourselves above nature, and thus, have the power to destroy it, fancies us gods. There’s but one God, and it’s He who has dominion over creation (that would include Madre Tierra).

In God’s eyes, we are, of course, much more spiritually. But in the universe, we are infinitesimally small beings of the briefest duration inhabiting an infinitesimally small planet, which is in a solar system -- among countless other solar systems -- residing in the boonies of a spiral galaxy -- among countless other galaxies. Nature can destroy us, but we cannot destroy nature.

Let’s not just pick on Pope Francis. There’s moral decadence to consider. It’s spreading throughout the West and amongst us, attributable to conceits, among other sins.
“Morality” and “decadence,” separately or conjoined, are eschewed as quaint and judgmental terms nowadays. Yet moral decadence has bacterial resilience and thrives. It exists in the subversion of marriage, by opening it up to homosexuals. It attached itself to marriage in the storied 60s with the free love movement, and has gained with sky-high divorce rates and shacking up.

With homosexuals, love trumps simple biology and nature, we’re lectured. Who are we, say cultural elites, to dismiss that two men or two women, identically configured and functioning, can join as only as a man and woman were intended -- by nature, no less? And to blazes with what Pope Francis has to say on this subject.
Yet the same advocates who dismiss faith having a voice in the rightness and permissibility of homosexual marriage cheered yesterday’s U.S. Supreme Court ruling on said unions.  The Court – that’s nine feeble fallible men and women – ruled to strike down state laws banning gay marriages.  Striking down state laws on what constitutes marriage is another blow to federalism … yet one more means of effacing state rights.  It’s a blow to true society, no less.  Tyranny on these shores is being made of such stuff.

Marriage’s debauching won’t end with homosexual unions, notwithstanding the disclaimers and eye-rolling by champs. Bigamists, polygamists, and groups are ready to queue up. Everyone not enamored of the normal and traditional are ready to make mush of a foundational institution. Wait until those swell fellers at NAMBLA weigh in.

Where marriage and family goes, so goes the society. Where society goes, goes the nation. At this moment, there’s a lot of drain-circling happening in America. But no matter, white Western civilization is vile and evil, anyway.
Conceit needn’t stop at squashing and stretching marriage to meaningless point. There’s gender.  Cosmetically rearrange some parts, load up a guy or a gal with hormones, and -- presto! -- Bruce becomes Caitlyn. Or Donna becomes Don. No questions asked, and if you do, you’ll be branded as politically incorrect, uncool, and subject to ridicule. Sanctions aren’t far off.  People magazine’s gushy coming out home queenish cover spread on Bruce’s switch is a strong indicator of the depth of pop culture’s rottenness. Vanity Fair’s cover of Jenner was pop culture’s attempt to put lipstick on the pig.

Yet rot is rot, and pigs are pigs. None of us can rethink our beings. A man cannot think himself a woman -- or a butterfly or a garage door. Who would identify as the latter, you say? Otherkin and related, of course.  (Hat tip to AT editor J.R. Dunn for uncovering the term).
We learn this from an otherkin website:

In her 2007 book, A Field Guide to Otherkin, Lupa* chose to describe otherkin as:
“[…] a person who believes that, through either a nonphysical or (much more rarely) physical means, s/he is not entirely human. This means that anyone who relates internally to a nonhuman species either through soul, mind, body, or energetic resonance, of who believes s/he hosts such a being in hir [sic] body/mind, is in my own definition of Otherkin.”

Scoff not. Fringy today is mainstream tomorrow. Though the writer, “Lupa,” as we learned in a footnote, has renounced her identity as a “wolf therian,” she harbors “no ill-will towards the otherkin or therian communities.” Good to know. Inclusion is the hallmark of the progressive. Might we add delusion and derangement to the mix?

Where else conceit? More appropriately, where not?
There are the other mega-conceits. Race -- as in white liberals keeping poor blacks on inner city virtual reservations, ostensibly to demonstrate white liberal compassion, but mostly for vote-harvesting. Stripping away the Confederate battle flag because, in our hearts, we know it triggered the Charleston mass murder.

There’s the statism conceit. A big centralized government of elites guiding us unwashed, lifting us up, managing us right down to our kids’ school lunches.
There’s Washington government’s habitual profligacy and its indebtedness (to the tune of $18 trillion and counting). We’re assured that with creative accounting and can-kicking -- and Obama’s progressive economics -- the Washington House of Cards won’t eventually come crashing down. Don’t bet your life savings on it.
Said the late, great Notre Dame football coach, Frank Leahy: “Egotism is the anesthetic that dulls the pain of stupidity.”
There’s more than a little stupidity going around nowadays. More than a little.