Here’s How to Respond. 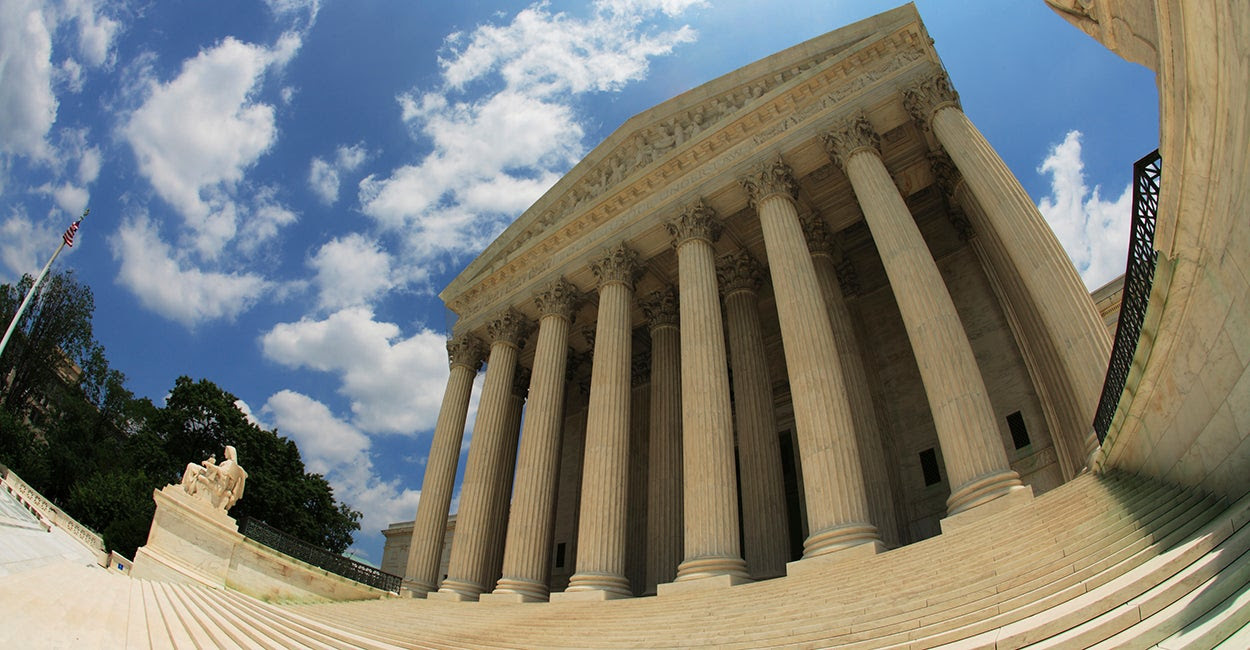 Ryan T. Anderson
Today is a significant setback for all Americans who believe in the Constitution, the rule of law, democratic self-government, and marriage as the union of one man and one woman. The U.S. Supreme Court got it wrong: It should not have mandated all 50 states to redefine marriage.
This is judicial activism: nothing in the Constitution requires the redefinition of marriage, and the court imposed its judgment about a policy matter that should be decided by the American people and their elected representatives. The court got marriage and the Constitution wrong today just like they gotabortion and the Constitution wrong 42 years ago with Roe v. Wade. Five unelected judges do not have the power to change the truth about marriage or the truth about the Constitution.
The court summarized its ruling in this way—which highlights that they have redefined marriage, substituting their own opinion for that of the citizens:

The limitation of marriage to opposite-sex couples may long have seemed natural and just, but its inconsistency with the central mean­ing of the fundamental right to marry is now manifest.

Manifest to five unelected judges that is. Not to the majority of American citizens who voted to define marriage correctly. As Chief Justice Roberts pointed out in dissent:

If you are among the many Americans—of whatever sexual orientation—who favor expanding same-sex marriage, by all means celebrate today’s decision. Celebrate the achievement of a desired goal. Celebrate the opportunity for a new expression of commitment to a partner. Celebrate the availability of new benefits. But do not celebrate the Constitution. It had nothing to do with it.

That’s exactly right. When it comes to the majority opinion, the Constitution “had nothing to do with it.”
We must work to restore the constitutional authority of citizens and their elected officials to make marriage policy that reflects the truth about marriage. We the people must explain what marriage is, why marriage matters, and why redefining marriage is bad for society.
>>> For more on this, see Ryan T. Anderson’s new book, “Truth Overruled: The Future of Marriage and Religious Freedom”
For marriage policy to serve the common good it must reflect the truth that marriage unites a man and a woman as husband and wife so that children will have both a mother and a father. Marriage is based on the anthropological truth that men and woman are distinct and complementary, the biological fact that reproduction depends on a man and a woman, and the social reality that children deserve a mother and a father.
The government is not in the marriage business because it’s a sucker for adult romance. No, marriage isn’t just a private affair; marriage is a matter of public policy because marriage is society’s best way to ensure the well-being of children. State recognition of marriage acts as a powerful social norm that encourages men and women to commit to each other so they will take responsibility for any children that follow.
Redefining marriage to make it a genderless institution fundamentally changes marriage: It makes the relationship more about the desires of adults than about the needs—or rights—of children. It teaches the lie that mothers and fathers are interchangeable.
Because the court has inappropriately redefined marriage everywhere, there is urgent need for policy to ensure that the government never penalizes anyone for standing up for marriage. As discussed in my new book, “Truth Overruled: The Future of Marriage and Religious Freedom,” we must work to protect the freedom of speech, association and religion of those who continue to abide by the truth of marriage as union of man and woman.
At the federal level, the First Amendment Defense Act is a good place to start. It says that the federal government cannot discriminate against people and institutions that speak and act according to their belief that marriage is a union of one man and one woman. States need similar policies.
Recognizing the truth about marriage is good public policy. Today’s decision is a significant setback to achieving that goal. We must work to reverse it and recommit ourselves to building a strong marriage culture because so much of our future depends upon it.
Source>http://dailysignal.com/2015/06/26/judicial-activism-from-supreme-court-on-marriage-heres-how-to-respond/?utm_source=heritagefoundation&utm_medium=email&utm_campaign=dailydigest&mkt_tok=3RkMMJWWfF9wsRogvq3IZKXonjHpfsX56u8tUaO1lMI%2F0ER3fOvrPUfGjI4IT8VkI%2BSLDwEYGJlv6SgFQrLBMa1ozrgOWxU%3D
Posted by theodore miraldi at 1:44 PM