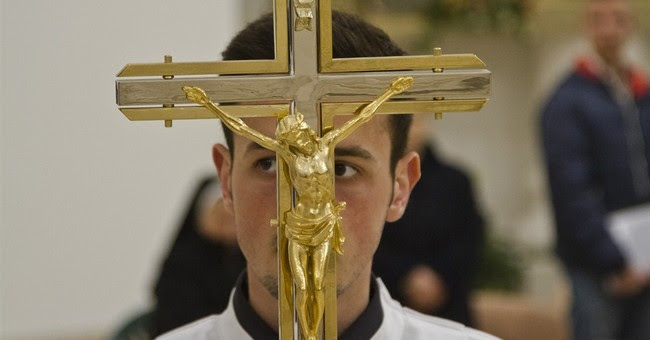 
"God," Friedrich Nietzsche famously declared, "is dead."
God, it has been noted, made a similar yet more lasting pronouncement about Nietzsche.
But before the German philosopher departed this mortal coil, he had some interesting things to say. Nietzsche argued that one of the most powerful forces in society was "ressentiment." Similar to the everyday word "resentment," ressentiment lay at the heart of new kinds of morality. In ancient times, nobility was associated with power. The downtrodden, the poor, the weak, the enslaved were ignoble.
The masses of have-nots, to use a more modern language, resented their plight for understandable reasons. But they were too weak to launch a real, armed revolution. Instead, the powerless resorted to a moral revolution, assaulting the concepts of nobility, goodness and morality and rendering them evil in the popular imagination.
Wrote Nietzsche in his "Genealogy of Morals": "It was the Jews who, with awe-inspiring consistency, dared to invert the aristocratic value-equation (good = noble = powerful = beautiful = happy = beloved of God) and to hang on to the inversion with their teeth ..., saying 'the wretched alone are the good; the poor, impotent, lowly alone are the good; the suffering, deprived, sick, ugly alone are pious, alone are blessed by God ...'"
But if the Jewish prophets introduced the idea that success in this world was a sign of corruption and evil, the Christians perfected it, according to Nietzsche. "Christianity," he wrote, "was from the beginning, essentially and fundamentally, life's nausea and disgust with life, merely concealed behind, masked by, dressed up as, faith in 'another' or 'better' life."
Nietzsche wasn't a historian, but a literary philosopher. He didn't rely on many primary sources -- and it wouldn't have occurred to him to cite actual data of any kind. And he certainly had the devil's gift for quoting scripture. So one needn't agree with all he said, never mind take it as authoritative, to see that he was on to something about the cycles of civilizations. One can reject his writings completely while still acknowledging his impact on our society.
In 2015, our society is shot through with Nietzschean ressentiment. Today it is a great sin on college campuses -- and elsewhere! -- to make anyone other than the "privileged" feel uncomfortable, challenged or otherwise psychologically threatened by the use of the wrong words or concepts.
The University of California recently issued a set of guidelines about the terrible danger of "micro-aggressions" -- small, usually unintended slights that allegedly hurt the feelings of the newly anointed classes of victims. One must no longer say that America is a "melting pot," for to do so is to suggest that minorities should "assimilate to the dominant culture," according to the new moralists at the University of California.
And one mustn't say anything that advances "the Myth of Meritocracy." Saying "America is the land of opportunity" or "everyone can succeed in this society if they work hard enough" is now a form of bigotry.
Of course, the surest way to guarantee that America is not a meritocracy is to teach young people not only that it isn't one, but that it's evil to say it is, or should be, one.
Ressentiment is first and foremost the psychology of blame. It surveys the social landscape and blames the failures and hardships of the alleged have-nots on the successes of the haves. It is more than envy, which is a timeless human emotion -- and one of the seven deadly sins. It is a theory of morality that says the success of the successful is proof of their wickedness.
Such is the allure of ressentiment today that it produces creatures like Rachel Dolezal, the blue-eyed white woman who had to invent an entire narrative around her stolen fictional identity as an oppressed black woman.
Such is the political power of ressentiment that Hillary Clinton, who earns in a one-hour speech five times what the average American makes in a year, feels compelled to campaign as a "champion" for all those who feel micro- (or macro-) aggressed by a system rigged by the very same institutions she is happy to shake down for donations. (When asked to explain the contradiction on "Fox News Sunday," a Clinton spokeswoman pointed to the fact that Clinton's mother had been downtrodden in her youth.)
When Nietzsche said "God is dead," he meant that there was no longer an ideal outside of ourselves to which we're all answerable. Everything was a contest of power and will. America isn't there yet, thank God. But it surely seems like that is where we are heading.
Source>http://townhall.com/columnists/jonahgoldberg/2015/06/19/nietzsches-ressentiment-alive-and-well-today-n2014601/page/full
Posted by theodore miraldi at 8:02 AM