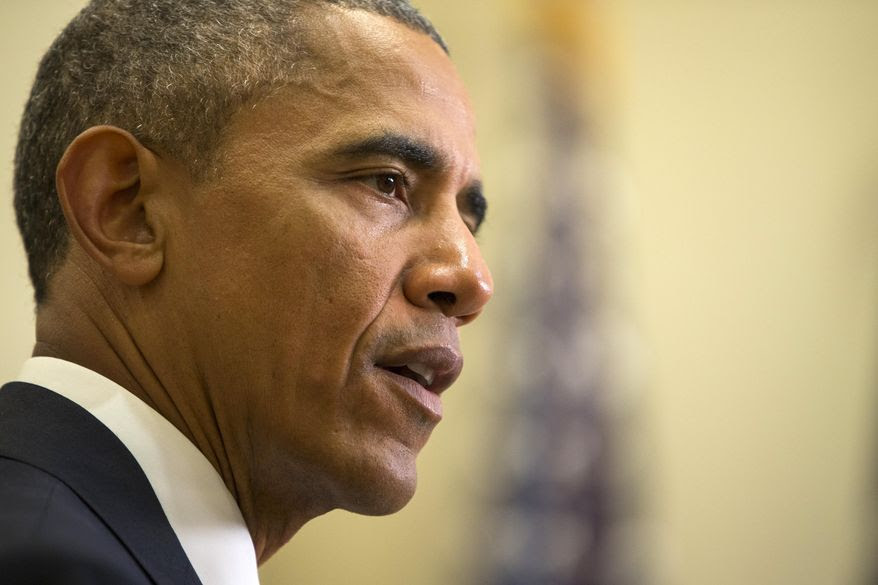 President Barack Obama speaks in the Roosevelt Room of the White House in Washington, Wednesday, June 24, 2015 about the completion of the Hostage Policy Review. The president cleared the way Wednesday for families of American hostages to pay ransom to secure their loved ones' release, despite a long-standing U.S. ban on making concessions to terrorist groups. (AP Photo/Evan Vucci)

A transgender activist heckled President Obama at a gay pride event at the White House Wednesday afternoon, drawing an annoyed reaction from the president.
As the president was speaking at the pride reception in the East Room, a transgender woman interrupted him, shouting, “President Obama, release all LGBTQ immigrants from detention and stop all deportations.”
Mr. Obama responded, “As a general rule I am fine with a few hecklers, but not when I am up in the house.”
The heckler, identified as Jennicet Gutiérrez, is an undocumented immigrant from Mexico who said she could not celebrate while about 75 transgender detainees were still being exposed to “assault and abuse” in custody of the Immigration and Customs Enforcement agency.
“There is no pride in how LGBTQ and transgender immigrants are treated in this country,” she said in a statement released by the group GetEqual. “If the president wants to celebrate with us, he should release the LGBTQ immigrants locked up in detention centers immediately.”
Source>http://www.washingtontimes.com/news/2015/jun/24/obama-heckled-transgender-immigration-activist/#ixzz3e1dgCJRy
Posted by theodore miraldi at 7:33 PM