Court's 'decree' says 'my ruler' is majority of Supreme Court 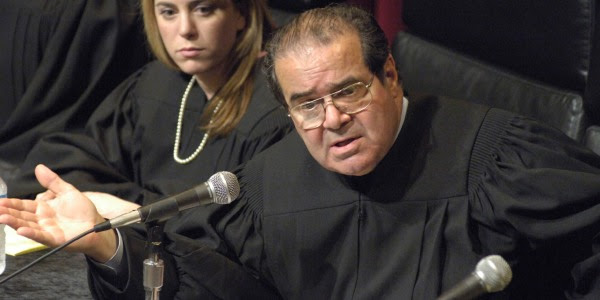 The Supreme Court’s landmark 5-4 decision Friday establishing a right to same-sex marriage is a “threat to democracy,” with five justices effectively asserting themselves as rulers over the nation, warned Associate Justice Antonin Scalia in one of four dissenting opinions.


Joined by Associate Justice Clarence Thomas, Scalia said the “substance of today’s decree is not of immense personal importance to me,” reasoning that the law “can recognize as marriage whatever sexual attachments and living arrangements it wishes, and can accord them favorable civil consequences, from tax treatment to rights of inheritance.” 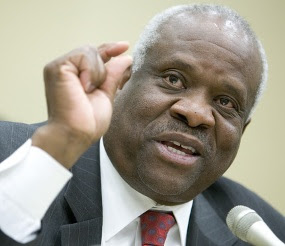 Associate Justice Clarence Thomas
While conferring the name of marriage to same-sex relationships can have adverse social effects, he acknowledged, they are no more “adverse than the effects of many other controversial laws.”
“So it is not of special importance to me what the law says about marriage,” he said.
“It is of overwhelming importance, however, who it is that rules me. Today’s decree says that my Ruler, and the Ruler of 320 million Americans coast-to-coast, is a majority of the nine lawyers on the Supreme Court,” Scalia wrote.
“Who Killed the American Family?” is the question posed and answered by conservative icon Phyllis Schlafly. It’s available, autographed, at the WND Superstore
Similarly, in a separate dissent, Chief Justice John Roberts, joined by Scalia and Thomas, said that while allowing same-sex couples “to affirm their love and commitment through marriage” has had public appeal over the past six years, the Supreme Court “is not a legislature.”
“Whether same-sex marriage is a good idea should be of no concern to us,” he said. “Under the Constitution, judges have power to say what the law is, not what it should be. The people who ratified the Constitution authorized courts to exercise “neither force nor will but merely judgment.”
Critics of Roberts’ opinion in the Supreme Court’s Obamacare ruling Thursday, however, will no doubt point to inconsistencies in his reasoning. Columnist George Will was one of many who charged Roberts with acting as a legislator by “redrafting” the Affordable Care Act.
Associate Justice Samuel Alito sided with Roberts, Scalia and Thomas in opposition to the court’s marriage decision.
Justice Anthony Kennedy – joined by Associate Justices Stephen Breyer, Ruth Bader Ginsberg, Elena Kagan and Sonia Sotomayor – wrote in the majority opinion that “no union is more profound than marriage.”
“Under the Constitution, same-sex couples seek in marriage the same legal treatment as opposite-sex couples, and it would disparage their choices and diminish their personhood to deny them this right,” he said.
While same-sex marriage is currently legal in 36 states and the District of Columbia, the ruling held that the 14th Amendment requires all states to issue licenses to same-sex couples and to recognize licenses from other states.
Constitution leaves question to the people
Alito issued a dissent, joined by Scalia and Thomas, in which he argued the question in same-sex marriage cases is “not what States should do about same-sex marriage but whether the Constitution answers that question for them.”
“It does not,” he said. “The Constitution leaves that question to be decided by the people of each State.”
Alito asserted that the majority, in determining the Due Process Clause of the 14th Amendment encompasses a right to same-sex marriage, settled on a “distinctively postmodern meaning” of “liberty.” 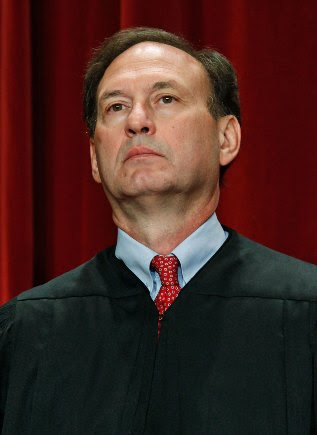 Associate Justice Samuel Alito
“The opinion in these cases is the furthest extension in fact – and the furthest extension one can even imagine – of the Court’s claimed power to create “liberties” that the Constitution and its Amendments neglect to mention,” Alito said.
“This practice of constitutional revision by an unelected committee of nine, always accompanied (as it is today) by extravagant praise of liberty, robs the People of the most important liberty they asserted in the Declaration of Independence and won in the Revolution of 1776: the freedom to govern themselves.”
At odds with founding principles
Thomas, joined by Scalia, wrote that Friday’s decision “is at odds not only with the Constitution, but with the principles upon which our Nation was built.”
“Since well before 1787, liberty has been understood as freedom from government action, not entitlement to government benefits,” he said.
“The Framers created our Constitution to preserve that understanding of liberty,” Thomas wrote. ‘Yet the majority invokes our Constitution in the name of a ‘liberty’ that the Framers would not have recognized, to the detriment of the liberty they sought to protect.”
The court’s majority, Thomas said, “rejects the idea — captured in our Declaration of Independence — that human dignity is innate and suggests instead that it comes from the Government.”
“This distortion of our Constitution not only ignores the text, it inverts the relationship between the individual and the state in our Republic. I cannot agree with it.”