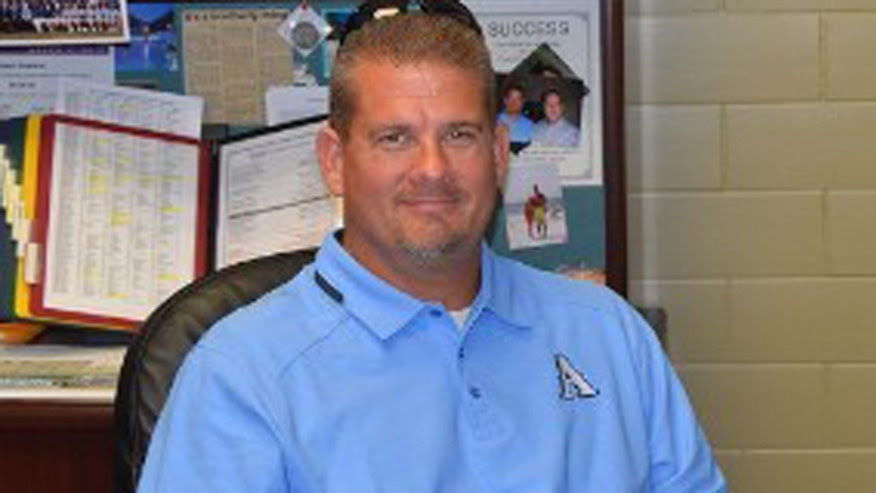 Principal Jason Rowland was cited by the local chapter of the ACLU for using the phrase "God Bless You" in an online letter. (Airline High School)
The ACLU of Louisiana is accusing a high school of promoting Christianity in an open letter on Friday because a student group hung prayer boxes and the principal ended an online letter with “May God Bless You All.”
Louisiana ACLU Executive Director Marjorie Esman said in a letter published by the Shreveport Times that Airline High School violated the First Amendment to the U.S. Constitution by allowing the Fellowship of Christian Athletes to set up prayer boxes that feature “Christian Symbols.” Esman’s letter also noted Principal Jason Rowland closed a September 2015 message to the school’s website with “The Future Starts Today – May God Bless You All.”
“The United States Constitution requires public schools to ensure that state-supported activity is not used for religious indoctrination,” the letter, which was addressed to superintendent D.C. Machen, states. It alleges that Rowland also “encouraged students to ‘pray to the Almighty God.’”

“This is typical of the ACLU. They’re on a seek-and-destroy mission for all things religious"
- Rep. Mike Johnson

No official action will occur until the school board meets on Oct.1, but the claims addressed in the letter have already been placed on the meeting’s agenda, according to the Shreveport Times.
“In the meantime, please understand that the Bossier Parish School System enjoys an established record of achievement,” a statement from Parish spokeswoman Sonja Bailes said. “Such success is due in large part to the fact that, as in this case, the system respects both the law and the religious beliefs of all its students and employees.”
While school officials are holding their tongues for the time being, other state groups and officials have begun speaking out.
Louisiana State Rep. Mike Johnson, R-Bossier City, has offered free legal services to the Parish and Rowland, according to the Times.
“This is typical of the ACLU,” he said. “They’re on a seek-and-destroy mission for all things religious.”
He added: “I hope the school will stand its ground.”
Freedom Guard, a non-profit public interest law firm, has also offered free legal defense to Airline High School, according to KSLA.
Airline High School is in Bossier City, which lies east of Red River, about 3 miles from Shreveport.
Source>http://www.foxnews.com/us/2015/09/27/god-bless-greeting-lands-louisiana-school-in-hot-water-with-aclu/?intcmp=hpbt4
Posted by theodore miraldi at 5:55 PM