Legislation would not allow Obama admin to release money until 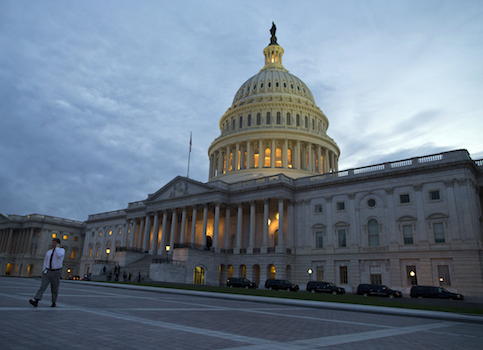 Adam Kredo
Congress is considering new legislation that would block the Obama administration from releasing billions of dollars to the Iranian regime as was agreed to under the parameters of the recent nuclear accord, according to Rep. Patrick Meehan (R., Pa.), the lawmaker spearheading the bill.
The bill, which is expected to be brought to the House floor for a vote this week, would require Iran to first pay $43.5 billion in legal penalties awarded by U.S. courts to American victims of Iranian terrorism.
President Obama would then be in a position to either disregard the requirement under his executive authority, thereby clearing the way for Iran to immediately receive $150 billion, or force Tehran to negotiate settlements for these terror victims.
The legislation, called the Justice for Victims of Iranian Terrorism Act, comes after a lawsuit filed by U.S. terror victims that argue they should first be paid damages before Iran sees a dime of the money promised by the Obama administration.
The victims said they fear that if the money is first released to Iran, they will never receive the billions in compensation awarded to them by U.S. courts.
Meehan told the Washington Free Beacon that the legislation would create a circumstance in which “the president must certify that he believes it’s more important to pay money to the Iranian terrorists than it is to compensate the victims of Iranian terror.”
The bill, he said, “would prevent the president from releasing any sanctions unless or until the full damages, which have already been awarded in American courts to victims of Iranian terror, are paid.”
“I’d just like to understand why [Obama] thinks it’s more important to give money back to Iran than it is to first pay the victims of their past terror acts,” said Meehan, who released a video late last week detailing the stories of several Americans harmed by Iranian-backed terrorism.
While the bill has garnered at least 75 co-sponsors in the House, Meehan said he is not certain whether supporters will be able to achieve a veto-proof majority.
“It’s possible it could be vetoed by the president,” Meehan said. “I don’t know how many legislators from either party are going to vote to give money to the Iranian terrorists before they give it to the victims.”
“That’s a decision each legislator is going to have to make,” Meehan said.
During the congressional battle over the Iran deal, Republicans and Democratic opponents failed to acquire a veto-proof majority. This paved the way for the White House to reject a vote of disapproval of the deal.
The looming issue of sanctions relief affords Congress an opportunity to ensure that U.S. victims of terror are paid what they are legally owed, Meehan said.
“Here we have a situation where the president, by virtue of the sanctions, has tied up a lot of Iranian assets, and if Iran wants access to those assets, the president is in a position to negotiate with them and say, ‘My Congress is demanding you pay these judgments before I release the funds,’” Meehan said. “That’s all we’re simply asking be done.”
“These victims have not had a voice through the courts system and it would be a travesty if that voice was silenced by releasing the full scope of the dollars back to the Iranians,” Meehan said.
Officials from the White House National Security Council did not respond to multiple requests for comment.
Source>http://freebeacon.com/national-security/congress-moves-to-stop-iranian-sanctions-relief/
Posted by theodore miraldi at 8:23 AM