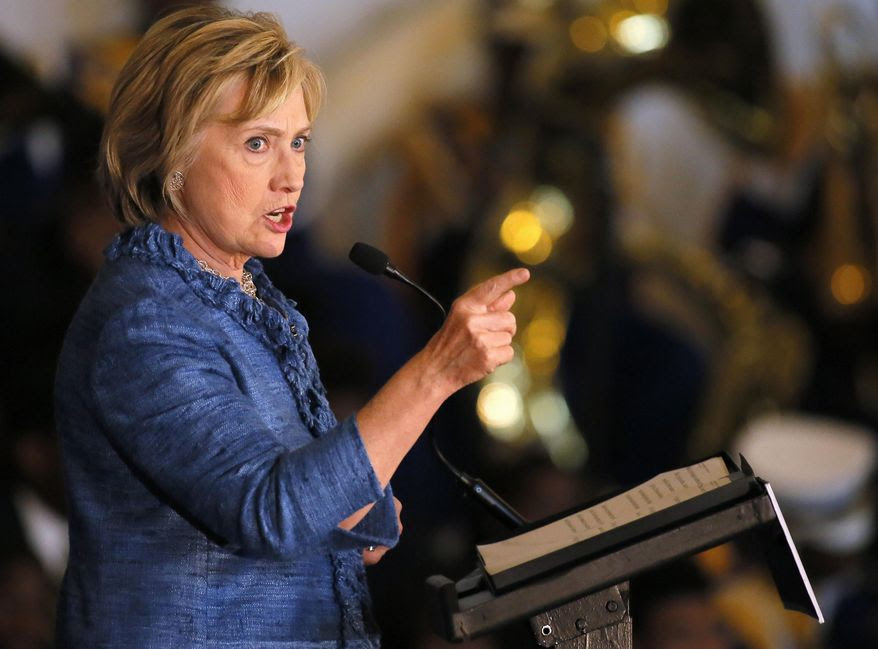 Hillary Rodham Clinton turned over about 30,000 email messages in December, while her aides turned over more than 100,000 pages between them, with the final set only being returned, by Huma Abedin, earlier this month, the State Department said in court filings. (Associated Press)


Last week Sen. John Cornyn, the second-ranking Republican in the Senate, called for Attorney General Loretta E. Lynch to name a special counsel to oversee the investigation, citing too many potential conflicts of interest.
Source>http://www.washingtontimes.com/news/2015/sep/21/hillary-clinton-emails-fbi-refuses-cooperate-serve/?page=all#pagebreak
Posted by theodore miraldi at 8:38 AM