George Will: Pope Francis is a false prophet 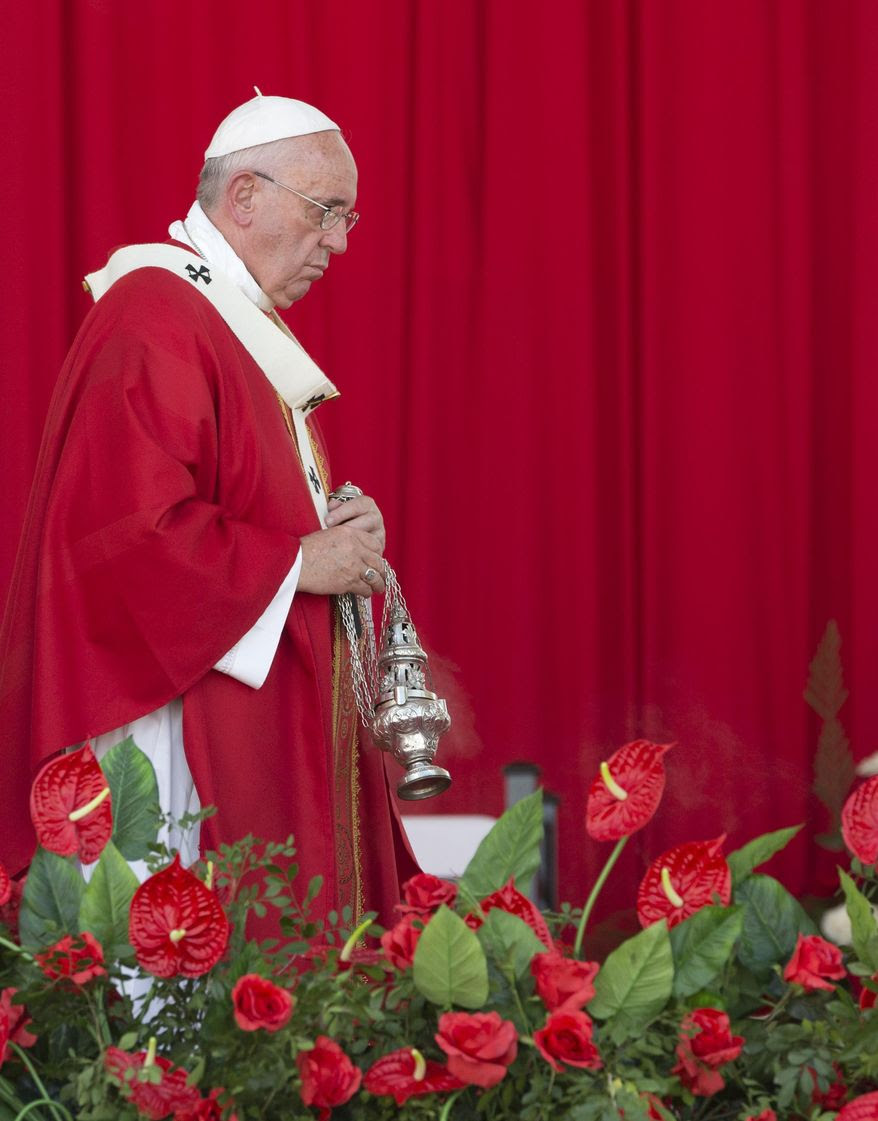 Pope Francis circles the altar with incense during a Mass in the Plaza of the Revolution, in Holguin, Cuba, Monday, Sept. 21, 2015. Speaking in his homily Francis called on Cubans to heed Jesus Christ's invitation to overcome resistance to change. Francis is the first pope to visit Holguin, Cuba's third-largest city. (AP Photo/Alessandra Tarantino)


Pulitzer Prize-winning columnist George Will has authored a scathing rebuke of Pope Francis’s views on capitalism and climate change.
In his syndicated column published Saturday, Mr. Will declared the pope a “false prophet” who embodies sanctity but comes “trailing clouds of sanctimony.”
“With a convert’s indiscriminate zeal, he embraces ideas impeccably fashionable, demonstrably false, and deeply reactionary,” Mr. Will wrote. “They would devastate the poor on whose behalf he purports to speak, if his policy prescriptions were not as implausible as his social diagnoses are shrill.”
“Francis grew up around the rancid political culture of Peronist populism, the sterile redistributionism that has reduced his Argentina from the world’s 14th highest per-capita GDP in 1900 to 63rd today,” he wrote, arguing that the pope’s call for “global regulatory norms” would “globalize Argentina’s downward mobility.”
“As the world spurns his church’s teachings about abortion, contraception, divorce, same-sex marriage and other matters, Francis jauntily makes his church congruent with the secular religion of ‘sustainability,’” he argued. “Francis’ fact-free flamboyance reduces him to a shepherd whose selectively reverent flock, genuflecting only at green altars, is tiny relative to the publicity it receives from media otherwise disdainful of his church.
“Secular people with anti-Catholic agendas drain his prestige, a dwindling asset, into promotion of policies inimical to the most vulnerable people and unrelated to what once was the papacy’s very different salvific mission,” he continued.
“He stands against modernity, rationality, science and, ultimately, the spontaneous creativity of open societies in which people and their desires are not problems but precious resources. Americans cannot simultaneously honor him and celebrate their nation’s premises.”
Source>http://www.washingtontimes.com/news/2015/sep/22/george-will-pope-francis-is-a-false-prophet/
Posted by theodore miraldi at 3:23 PM