Replaces measure that would have stripped money from abortion biz 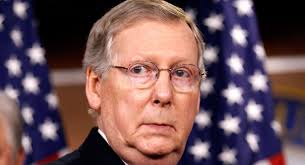 (The Hill) Senate Majority Leader Mitch McConnell (R-Ky.) on Thursday filed a short-term spending bill that would fund the government and Planned Parenthood, ahead of an end-of-the-month deadline to avoid a shutdown.
The move comes after Democrats and some Republicans rejected a short-term spending bill that would have funded the government through Dec. 11. That bill would have stripped federal funding for Planned Parenthood and redirected it to community health centers.
Asked about McConnell’s procedural moves on the Senate floor, a spokesperson for the Republican leader said, “It’s the same as the CR amendment we just voted on with one change: It does not redirect Planned Parenthood funding.”