Memo to GOP candidates: Get real

The campaign is turning into a slugfest 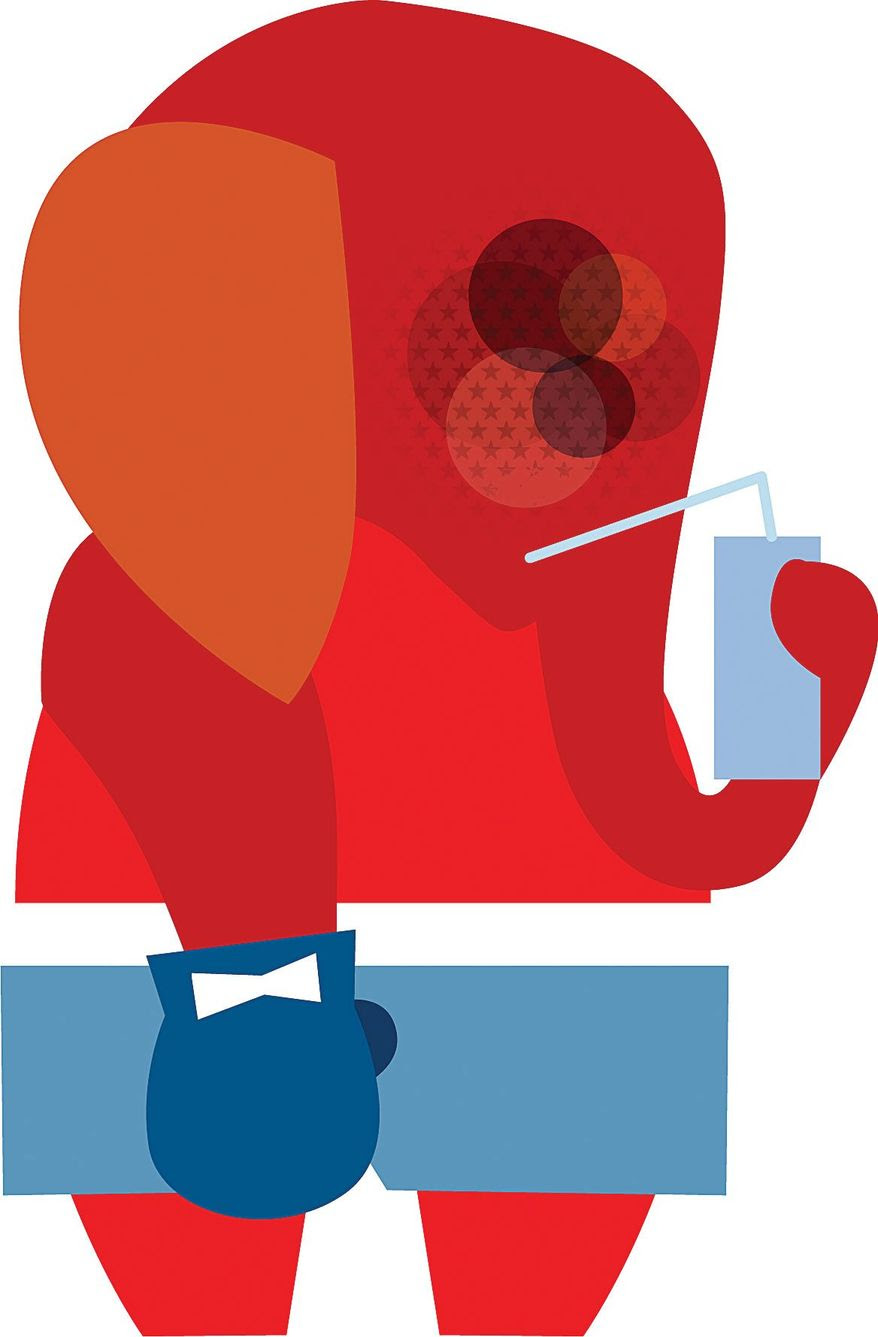 Am I the only Republican who remembers Ronald Reagan’s 11th Commandment: Thou shalt not speak ill of any fellow Republican? Undoubtedly I’m not, but the people running for the party’s presidential nomination seem to be suffering from collective amnesia as they turn the campaign into a slugfest.
The Republican field is full of smart, talented, experienced candidates. But while they all pay tribute to the greatest president of the modern era, too many are ignoring his marvelously sensible rule.
Perhaps CNN was simply seeking to boost its ratings by asking candidates during Wednesday night’s debate, ironically held at the Ronald Reagan Presidential Library, to comment directly on things their opponents had said about them. I know better than most that conflict between strong characters makes good TV. But does it make a good democracy or an enlightened electorate?
Enough, already. What the American people want isn’t a Friars Club roast, it’s a blueprint for success. We Republicans need to inspire confidence with our optimism, courage and high purpose. We need to point the way to a better, brighter future by offering specific solutions to specific problems.
The candidates will have their own views on what the priorities should be. But let me offer four issues that should be on everyone’s checklist:
Homeland security. Right now, America is leading from behind, rudderless and without a plan for dealing with our enemies. The vacuum encourages bad actors to behave worse. Vladimir Putin continues upsetting the balance of power in Eastern Europe.
Radical Islam is terrorizing the Middle East while it plots to export its violence to U.S. soil. China challenges us in at least two ways, first as its teetering economy threatens to trigger global turmoil; second, as it rearms and tries to chase the U.S. Navy out of the western Pacific.
Republicans have always been the best advocates of security at home and power projection abroad, so let’s hear from the candidates exactly how they would make America strong, safe and respected again.
Education. A good education is the best tool for rising out of poverty, helping young people discover their gifts, and encouraging everyone to lift their sights. We badly need excellence in our schools, and if the price of that is rewarding better teachers, creating more charter schools and approving more vouchers, then that is what we should do.
Moms and dads all over America know this is what their kids need. Now they want to hear from the candidates how they would make it happen.
Job creation. When it comes to the economy, Republicans should be champions for the job creators — our small businesses. The greatest barrier to stronger growth and more jobs is our tax code, all 72,000 pages of it. What we need is a clean, simple, honest system with lower rates that will stimulate growth for businesses, workers and families. This could clear the path for the disadvantaged to join the middle class, for the middle class to rise higher, and for every person to build a better life.
If small businesses are indeed the engine of economic growth, then let’s give them the fuel they need. With lower taxes, businesses from tech startups to the corner deli can invest in their growth and their employees.
But that’s easier said than done. Working out an agreement among competing interests will be tough. So let’s hear the candidates not only advocate tax simplification and reduction, but talk about the principles they would apply.
Women’s issues. The Democratic myth about a Republican “war on women” is an outrageous falsehood. But let’s face facts: This is an area where the party needs to talk more about opening doors of opportunity. The Republican candidates can do the nation a great service — and win back a lot of voters who should be in their corner — by explaining how they will help women overcome challenges such as entering and staying in the workforce, starting new businesses, and shattering corporate glass ceilings.
Carly Fiorina got it right Wednesday night when she said women didn’t need gestures like putting a woman on the $10 or $20 bill; rather, they need opportunity. As she noted, women are half the population and have half the potential of this nation. In the 2012 presidential election, 53 percent of voters were women. Candidates should be listening to what is important to women.
Let’s remember that Reagan took office in a time of crisis. People were discouraged and divided. But he got it exactly right when he set his top priority. “What I’d really like to do,” he said, “is go down in history as the president who made Americans believe in themselves again.”


That confidence and optimism is what the American people need to hear from Reagan’s heirs. This is the time to energize the nation with bold ideas. Nailing an opponent with a clever putdown is not the way to do it. Nailing the issues is.
Source>http://www.washingtontimes.com/news/2015/sep/17/linda-mcmahon-memo-to-gop-candidates-get-real/?page=all#pagebreak
Posted by theodore miraldi at 8:45 AM