'If you thought this kid made an invention, you've been fooled' 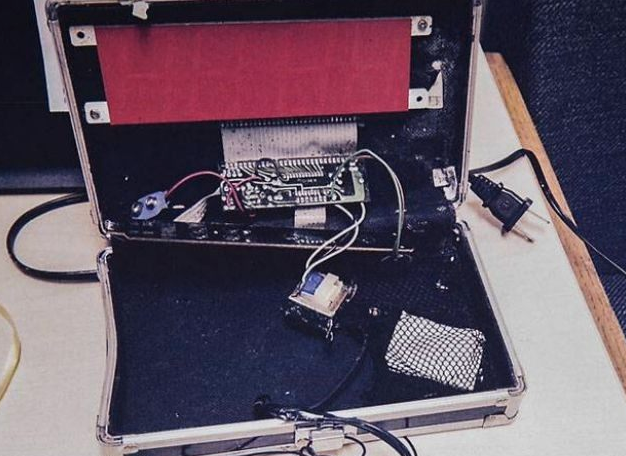 GREG COROMBOS
The most famous clock in America is a “fraud,” according to an electronics expert who says 14-year-old Ahmed Mohamed did not invent anything and simply took a commercial clock out of its manufactured case.
In recent days, the story went viral of Mohamed being handcuffed and arrested after his clock was mistaken for a possible bomb. Police defended their actions, and school officials upheld Mohamed’s suspension.
Critics of those actions suggest Mohamed was treated unfairly because of bigotry toward Muslims. President Obama even reacted to the story on Twitter.
“Cool clock, Ahmed. Want to bring it to the White House? We should inspire more kids like you to like science. It’s what makes America great,” tweeted Obama. 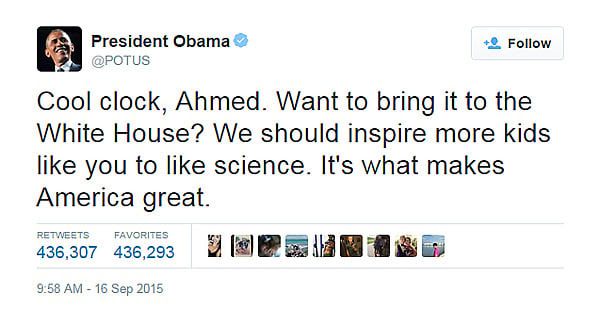 Mohamed also received invitations to meet Facebook CEO Mark Zuckerberg and go to NASA and MIT.
Twitter has offered him an internship. TV hosts Stephen Colbert and Ellen DenGeneres have called him.
But is the whole invention a sham?
In a YouTube video that received hundreds of thousands of views in just the first 24 hours, electrical expert Thomas Talbot dissects a photo of Mohamed’s clock."This child, nothing against him personally, never built a clock," said Talbot in the video that runs less than four minutes. "He did not invent a clock or build it, and I'm going to show you why."
Talbot says an expert view of Mohamed's clock makes it very clear what the Texas high-school student did.
"What this is is a commercial alarm clock, as you would purchase in any department store and use at your bedside," Talbot explained. "All he did was remove the plastic case from the alarm clock. This is not an invention. This is not something that someone built or even assembled."
He then lists several reasons for his conclusion.
"If someone had really made a clock, this circuitry would not look like this. First of all, this transformer is for a 120 volt line. People who do 'maker' things do not tend to use AC power because it's a bit more dangerous and there's no reason to do it. You can use batteries," Talbot said.
Next, he spots something fishy with the circuit boards.
"These are manufactured, printed circuit boards, with printed circuit board circuits with a micro-controller in the middle," Talbot said. "Those manufactured boards are used in manufactured products or professional engineer sample runs."
He found even more alleged red flags.
"The ribbon cables in between these are also indicative of a manufactured product. As a matter of fact, commercial clocks tend to have 9-volt battery backup and this unit and this even has the 9-volt battery backup," he said.
"I see no evidence that this is any creation whatsoever or that there was any modification or even assembly of anything, to have made things out of a kit for example. This is simply taking a clock out of its case," concluded Talbot.
Talbot then shows a picture of crude clock he created and later improved upon to show the difference between inventors' and commercial products.
"It's on a protoboard, where you can attach wires to a micro-controller," he said. "Something like this is much more likely to be something you would see if someone had actually made anything."
He is quick to point out young kids are capable of great inventions. But this just isn't one of them.
"I've worked with kids in contests who have actually built things. I've seen 12-year-olds and 14-year-olds make amazing things on their own," he said. "Unfortunately, whether it fits your narrative or whatever you want to believe or not, this particular child down in Texas did not make anything. He did not make a clock. He simply took something out of the casing."
"People just not recognize this as an invention and recognize this child as an inventor for this creation when plenty of other kids have invented things," added Talbot.
"If you thought this kid made an invention, you've been fooled," he concluded.