MUSLIMS SHOULD BREED WITH EUROPEANS TO CONQUER THEM 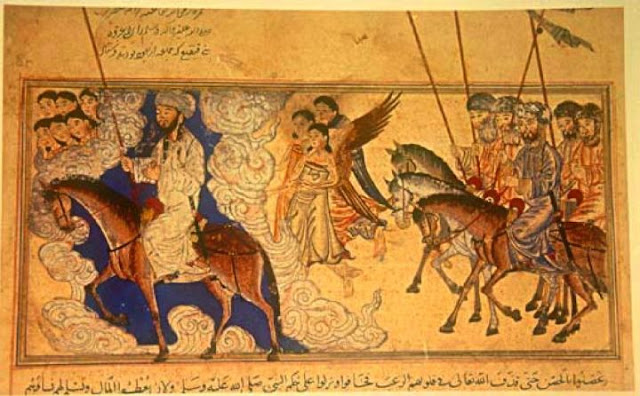 TOP IMAM:  "They have lost their fertility!"

Speaking at the Al-Aqsa Mosque in Jerusalem, Ayed stated
that European countries were not rolling out the red carpet
for migrants because they were compassionate, but because
Europe was in dire need of a new source of labor.
“Europe has become old and decrepit and needs human
reinforcement….they are not motivated by compassion for
the Levant, its people and its refugees,” said Ayed, adding,
“Soon, we will trample them underfoot, Allah willing.”
“Throughout Europe, all the hearts are enthused with hatred
toward Muslims. They wish that we were dead, but they have
lost their fertility, so they look for fertility in our midst,” he
added.

“We will give them fertility! We will breed children with
them, because we shall conquer their countries!”
Ayed stated that “whether you like it or not,” Americans,
Italians, Germans and the French will be forced to take the
“refugees”.
“We shall soon collect them in the name of the coming
Caliphate. We will say to you: these are our sons. Send them,
or we will send our armies to you,” concluded Ayed.
Ayed correctly outlines the fact that Europe is facing
demographic disaster because its citizens have stopped
having children.
Italy’s current birth rate of 8.4 per 1,000 people is the lowest
since 1861 and the picture is much the same across the rest
of Europe, where population is only increasing as a result of
mass immigration.
Birth rates in the west are far lower than those in the Middle
East and Sub-Saharan Africa, which is where most of the
migrants are coming from.
The notion of using mass migration as a form of stealth jihad
is outlined in the Koran, which states, “And whoever
emigrates for the cause of Allah will find on the earth many
locations and abundance.”
“To emigrate in the cause of Allah – that is, to move to a new
land in order to bring Islam there, is considered in Islam to
be a highly meritorious act,” writes Robert Spencer.