Claims no freedom 'to deny our fellow Americans their rights' 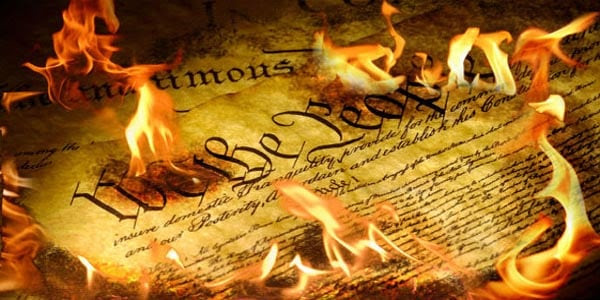 President Obama, who has been trying to reframe the Constitution’s protection of religious rights to the narrower “freedom to worship” rather than “freedom of religion” went a step further over the weekend in an address to a homosexual festival.

Other cases
Then there was the Ocean Grove Camp Meeting Association, established in 1869 to provide a place for Christian meetings, which still operates as one of the more popular destinations for such events on the East Coast.
It houses one of the world's 20 largest pipe organs, and there are both traditional and contemporary worship programs all summer long that have featured speakers such as Billy Graham, Norman Vincent Peale, Robert Schuller, Billy Sunday, D. James Kennedy and Charles Stanley.
But the location no longer is used for weddings, because a lesbian duo was denied permission to use it, and a state discrimination complaint was filed.
The Hitching Post Wedding Chapel is facing demands from the city of Coeur d'Alene, Idaho, to perform same-sex weddings in violation of the owners' Christian faith.
In Washington state, a state judge said the home, assets and savings of Arlene's Flowers owner Barronelle Stutzman, 70, could be targeted in court by two homosexuals for whom she declined to provide wedding services.
Early in Obama's administration, Catholic Online noted that Ashley Samelson of the Becket Fund for Religious Liberty explained that to "anyone who closely follows prominent discussion of religious freedom in the diplomatic and political arena, this linguistic shift is troubling: The reason is simple. Any person of faith knows that religious exercise is about a lot more than freedom of worship."
"It's about the right to dress according to one's religious dictates, to preach openly, to evangelize, to engage in the public square. Everyone knows that religious Jews keep kosher, religious Quakers don't go to war, and religious Muslim women wear headscarves – yet 'freedom of worship' would protect none of these acts of faith."
Catholic Online said: "Let's be clear … language matters when it comes to defining freedoms and limits. A shift from freedom of religion to freedom of worship moves the dialog from the world stage into the physical confines of a church, temple, synagogue or mosque. … It … could exclude our right to raise our children in our faith, the right to religious education, literature or media, the right to raise funds or organize charitable activities and the right to express religious beliefs in the normal discourse of life."