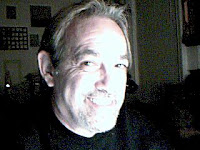 Update: Russian planes hit opposition forces and not Isis. Tell US to stay out of Syria Air.

Putin's vision of Russia's future has nothing to do with Obama's will, or his rhetoric. Putin plays the power game with real power, and not empty words. Obama is not a leader, Putin is.

Putin doesn't ask his public for permission, on national security, his only concern is the taking advantage of the power vacuum left behind by Obama's fickle policy failures. Obama draws in anyone who he can blame if things go wrong. Putin make no excuses.

Make no mistake, Putin readily admits the fall of the Soviet Union has been a tragedy for his nation, and so, his efforts to destabilize American power is payback for our role in the demise of Russia power in the region, and the world.

The world knows Obama can easily be played. He's the doe in the headlights, and the product of our failures as a nation.

Putin is playing chess with an ego maniac who plays basketball...enough said!  It's the bookworm and the gladiator.

Obama so fearful of his legacy that he will watch the world burn and feign concern, so he can say he tried. Putin has honed his craft in real world events, Obama toyed with the children in the classroom.

Russia, and its proxies are going to push changing the alignment of the world while it can, as long as Obama occupies the Oval Office.

Solidifying power in the richest region of the world is not an accident, be confident Putin will prevail

Putin knows our Emperor is a coward, and a fool.

He has the record to prove it.
Posted by theodore miraldi at 12:47 PM