‘It’s more complicated when it’s about your own children,’ says 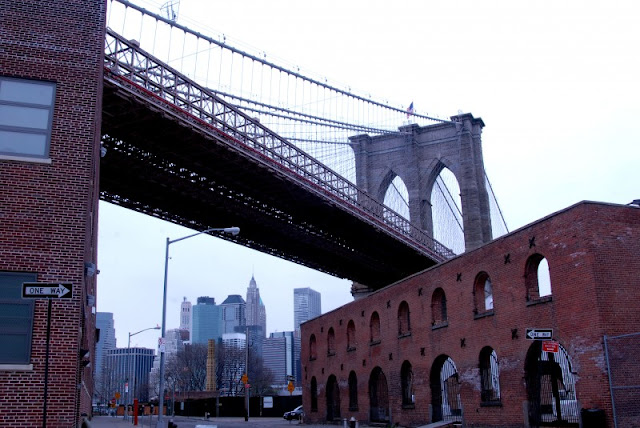 REIHAN SALAM
I live in a small slice of Brooklyn wedged between Brooklyn Heights, one of New York’s most prosperous neighborhoods, Dumbo, a relatively new neighborhood that is essentially a forest of condominiums catering to financiers, techies, and “creative professionals,” and Farragut Houses, a sprawling public-housing complex that borders the Brooklyn Navy Yard. Though you won’t find gated communities in this part of Brooklyn, you will find buildings with doormen, which is of course a quite similar phenomenon.

The retail establishments catering to affluent professionals don’t formally exclude poor residents, but their high prices do the work of explaining who is welcome and who is not. Very rich people and very poor people live side by side in this part of Brooklyn, yet their lives rarely intersect. Rich Brooklynites and poor Brooklynites do, however, share their local public schools. And as you can imagine, not all of Brooklyn’s bourgeois parents are thrilled about this fact. Kate Taylor of the New York Times has written a fascinating report on a school rezoning in my part of town. Basically, Public School 8 in Brooklyn Heights is massively oversubscribed while Public School 307 in Vinegar Hill, right by the Farragut Houses, is undersubscribed.

The city has thus proposed shifting Dumbo families from P.S. 8 to P.S. 307, which seems sensible enough. So why are parents in Dumbo so outraged? Taylor explains: P.S. 307’s population is 90 percent black and Hispanic, and 90 percent of the students’ families receive some form of public assistance. Its state test scores, while below the citywide averages, are closer to average for black and Hispanic students, with 20 percent of its students passing the math tests and 12 percent passing the reading tests this past year. At P.S. 8, whose population is 59 percent white, with only 15 percent receiving assistance, scores are considerably above the city averages. Almost two-thirds of its students passed each test. Taylor cites evidence that blacks and Hispanics benefit from attending integrated schools. What she does not address is whether white and Asian students attending these schools also fare better, which is the chief concern of the largely white Dumbo parents subject to this rezoning.

My first instinct in reading Taylor’s story, and in observing the anguished reaction from Dumbo parents who see themselves as committed progressives, is to note their hypocrisy. As Laurie Lin recently remarked, it’s easy to imagine how these Dumbo progressives might have reacted had this story unfolded in Atlanta or Birmingham — they’d surely chalk up resistance to the rezoning to racism. More than one Dumbo parent has tried to explain to me how they’re totally different from other people who fight against integration. They explain that what they really want is a better world in which we spend far more on our public schools, not mentioning, or perhaps not knowing, that New York city spends $20,331 per pupil, almost twice as much as the national average of $10,700, and that much of this money is spent very inefficiently. Of course they want integration, they’ll tell you, but only if it entails no sacrifice on their part. “It’s more complicated when it’s about your own children,” says one Dumbo parent. Well, yes, it is more complicated, and that is exactly what every parent believes, whether they are in Brooklyn or South Boston or Kansas City.

In fairness to the progressive parents of Dumbo, their concerns are not entirely unfounded. Poor students tend to fare worse than better-off students academically, for a variety of reasons. They are also more likely to have serious behavioral problems, which is really the more pressing concern. According to Robert Cherry of Brooklyn College, these behavioral problems flow from the fact that these children face serious stresses that no child should ever have to face. Poor families are far more likely than better-off families to experience multiple-partner fertility, in which mothers have children with more than one father. Though children in some multi-partner-fertility families thrive, Cherry has observed that multi-partner fertility is associated with high levels of father abandonment and child maltreatment.

Boys with absent fathers are far more likely to engage in aggression, rule breaking, and delinquency than boys living with both parents, and they are also far more likely to face multiple suspensions. (Indeed, these problems are so pronounced for boys raised in single-mother-headed households that one wonders whether single-sex schools staffed with teachers with specialized training might be the best way to give these boys a fighting chance at succeeding in school.) The central challenge facing teachers and administrators in high-poverty schools is that many of their students are raised in chaotic households. Disruptive behavior is a far more potent problem among adolescents than it is among elementary schoolers, to be sure.

But the central challenge facing teachers and administrators in high-poverty schools is that many of their students are raised in chaotic households, and these students need a great deal of individualized care and attention. When students from stable families learn alongside students from unstable families, there is good reason to believe that students from the latter backgrounds benefit. It is also true, however, that teachers with students from difficult backgrounds often have no choice but to devote less time to instruction and more time to maintaining order and discipline in their classrooms than is ideal. The effects of being raised in a chaotic household can last for a lifetime. In How Children Succeed, Paul Tough describes the work of researchers at Kaiser Permanente who found a powerful correlation between the health status of adults and whether or not the adults in question had experienced various traumas as children.

Adults who had been abused as children, or who had lived through a divorce or with a parent who was incarcerated or addicted to drugs or alcohol, were more likely to suffer from heart disease, depression, and alcoholism, among other maladies. And of course these health problems are difficult and expensive to treat. Our failure to seriously address the problem of family breakdown is having baleful consequences not just for children attending our public schools — it will be a problem for decades to come, as these children age and as they carry their childhood traumas with them through life. I don’t expect the progressive parents of Dumbo to be thrilled about the prospect of sending their children to P.S. 307.

But my hope is that they will come to appreciate that their children are no better than the poor children growing up in their midst, and that what these children need, and what all children need, is what their own children tend to take for granted: stable, loving parents who are capable of keeping them safe.