The Cult of Victims 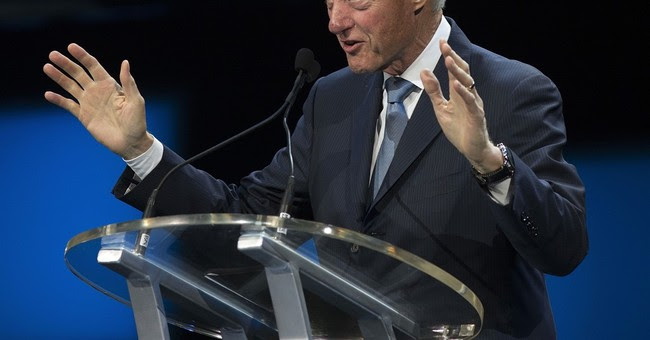 The world has enough real problems without declaring everyone a "victim."

Bill Clinton says Hillary is a victim of a right-wing conspiracy.
Lindsay Lohan, when jailed for driving drunk and breaking parole, says she's a victim of cruel and unusual punishment.
Michael Sam says his NFL career would have gone better had he not come out as gay.
A Philadelphia dentist caught groping his patients' breasts said he is a victim of frotteurism, a disease that compels you to fondle breasts. Really.
People benefit by playing the victim.
Activists look for people they can declare victims, to bring attention to their causes.
The New York Times once called the Super Bowl the "Abuse Bowl," claiming that during the game many more women are abused than usual because their men get crazed watching violence. CBS called Super Bowl Sunday a "day of dread." The Boston Globe claimed a study showed calls to anti-violence emergency lines go up 40 percent during the game.
Then Ken Ringle of the Washington Post tried to trace those claims.
The Globe reporter admitted she never saw the study in question but got the numbers from the left-wing group Fairness and Accuracy in Reporting. FAIR said they got them from a psychiatrist on "Good Morning America." That psychiatrist referred callers to another psychiatrist, who said, "I haven't been any more successful than you in tracking down any of this."
The "Super Bowl victim" claim was bunk.
Sometimes I feel like a victim. I stutter. Had today's disability laws existed when I began work, would I have fought to overcome my stuttering? Maybe not. I might have sued my employer, demanding they "accommodate my disability" by giving me a non-speaking job. Maybe I would have just stopped working and collected a disability check.
I also felt like a victim the day I taped a TV report on how pro wrestling is fake, and a wrestler beat me up, hitting me on both ears.
Weeks afterward, loud noises hurt my ears. Someone then said that that the wrestler's boss, Vince McMahon,  told him to hit me, so I sued McMahon.
As part of the lawsuit, McMahon's lawyers demanded I see a certain doctor, who told me, "Your ear pain is a  jurosomatic illness."
"What's that?" I said.
He answered, "Jurosomatic ... like psychosomatic. You hold onto your ear pain because you're involved in a lawsuit."
I was furious. I screamed at him, "You haven't even examined me, and you make this accusation?"
But guess what? After the World Wrestling Federation settled the lawsuit and paid me, my ear pain slowly went away. Was I holding onto pain because litigation kept reminding me that I was a victim?
Maybe.
It makes me wonder about those well-intended government programs meant to help the disabled. Social Security disability money used to go to blind people, people in wheelchairs, people clearly disabled.
But now billions go to people who say they're disabled by things like headaches and back pain. Disability payments have increased so much that the program will soon go broke.
But the increase in payments makes no sense.
Medicine improved since 1990. People do less hard manual labor. There should be fewer disabled people. Why are there more?
Perhaps it's jurosomatic pain? Or government-handout-omatic pain?
Some people are just inclined to complain, and the modern welfare state encourages that. Lawyers made it worse by encouraging people to sue, rather thanstrive. That changed America.
When you reward something, you get more of it.
We change people's character by teaching them that "victimhood" is a way to get attention and moral status.
Our ancestors never would have accomplished much if they'd labeled themselves victims. They crossed oceans and the prairie knowing that many people on the journey would die.


Some of them really did end up being victims. But they were proud of striving, not proud of being victimized. They accomplished far more because of it.
Source>http://townhall.com/columnists/johnstossel/2015/09/30/the-cult-of-victims-n2058670/page/full
Posted by theodore miraldi at 9:00 AM