The Education Establishment: Just a Bunch of Tricksters 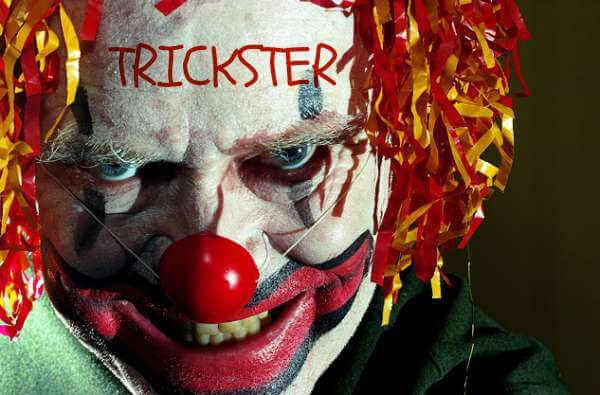 When you place a lot of articles on the Internet, as I do, you can expect to get abuse, sometimes earnest, often uninformed, but now and then tricky to a sinister degree.
My favorite in the latter category is a guy’s  complaint that I am “just a novelist.” This was posted on an article titled “Why we have more than 40 million functional illiterates.”  This is a great read if you want to understand how our Education Establishment sabotages the teaching of reading. It got a record number of comments, over 400. But the one that stayed my mind was this whiny put-down of novelists.
In fact, people in the arts and humanities are the ones par excellence who love language. They treasure it as a devoted husband treasures his wife. They want everyone to enjoy all things literary. For them, reading is the essential miracle that all children must experience.
Novelists, poets, writers of all kinds, are the last people in the world to undermine the appreciation of printed words or to prevent children from learning to read. Novelists, in short, are precisely the people you want in charge of reading and writing instruction.
Conversely, our illiteracy problem has been caused by a plague of technocrats, people who have no poetry in their souls and no love of language in their lives. This technocratic elite has pushed sight-words into the schools, and driven out reading. One suspects they’ve never enjoyed poetry or prose for its own sake.
Do they make children unable to read? They probably see this as no loss. Hacks would think that way. They are comfortable participants in a long tradition of anti-literacy.
From John Dewey 100 years ago right up to today, progressive educators have waged open war against language and reading.
Dewey said that the emphasis on literacy in the early grades was “a perversion,” one of the most infamous quotes in American education.
He was part of a group at Columbia Teachers College which wanted to start reading instruction in the fourth grade, not before.
Dewey wrote in 1896: “It is one of the great mistakes of education to make reading and writing constitute the bulk of the school work the first two years.  The true way is to teach them incidentally as the outgrowth of the social activities at this time. Thus language is not primarily the expression of thought, but the means of social communication.”
That was Dewey’s goal, to emphasize the social, and to play down “expression of thought” and academics generally. Maybe a little of that was a good thing. But this country’s Education Establishment doesn’t deal in half-measures.  Starting in 1931, official policy was Look-say, which is basically the use of sight-words to read, instead of phonics. This policy, operating under many different names, has been a planned disaster lasting until the present.
The guy who complained that I was “just” a novelist is, I suspect, just a  professor of education trying to protect his crabgrass. In other words, the last person you would want telling you anything about reading. In other words, a killer of dreams.
His comment was sly and slippery. For example he skillfully introduces double-talk about sight-words: “These are not core words to master reading. They are core words that are conducive to being a good reader, and if you haven’t mastered them, then you are more open to reading problems. Again, these words are viewed as a building block and diagnostic….”
That is some sweet mumbo-jumbo. It is actually the official dogma but so slyly put that few people would understand what he was saying.
Shakespeare wanted to kill all the lawyers. I think we’d be better off getting rid of ed professors. We need more people from the real-world, specifically more people from the arts and humanities. These are the people for whom knowledge and literature are synonymous with pleasure. That’s the spirit we want in the schools.
Source>http://www.rightsidenews.com/life-and-science/health-and-education/the-education-establishment-just-a-bunch-of-tricksters/
Posted by theodore miraldi at 12:59 PM