Trump morphs into a real candidate 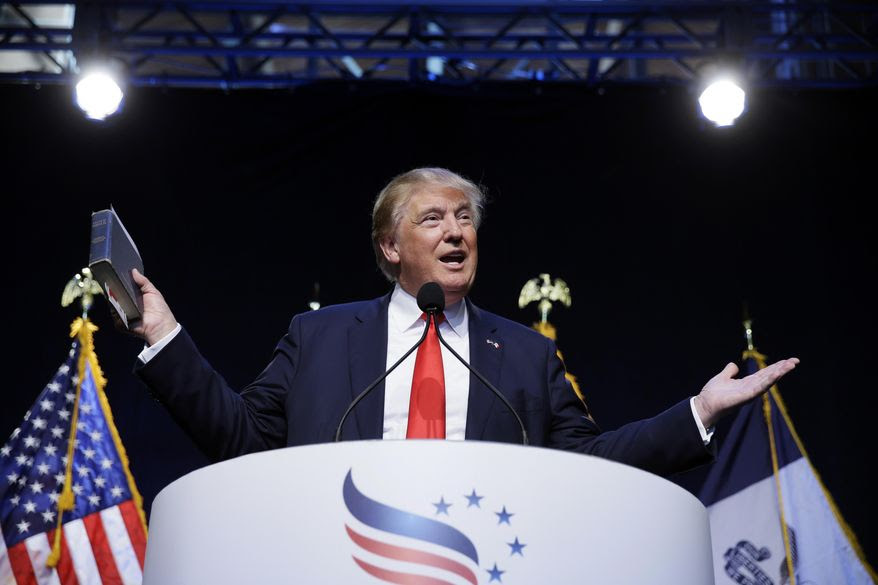 ANALYSIS/OPINION:
First they ignored him. Then they mocked him. Then they tried tearing him down.
With each failure to destroy Donald Trump, the political experts and establishment stooges only made him stronger. And now they don’t have a clue what to do.
Those in Washington who still think a Donald Trump presidency is preposterous or absurd have only themselves to blame for creating an environment that has made it so easy for the swashbuckling, smack-talking businessman to rise so effortlessly to the top of the heap.
It turns out that not only does the man enjoy very high energy, he also has incredible stamina. His staying power is a-MAAAAAAAAAAAAAAZ-ing.Mr. Trump is outlasting all of his harshest critics and is now outlasting some of the surest favorites running for the Republican nomination.
Scott Walker was the man to beat. He was a professional political expert with executive experience. He had won real political battles. And he accomplished all that without enduring the political mark of Cain: residing in Washington.
His campaign’s spectacular collapse — rivaled only by that of former Texas Gov. Rick Perry — is sure not to be the last.
Already, the jackals in the press have caught the scent of death around Kentucky Sen. Rand Paul’s campaign and have begun circling and letting loose their heinous laughs.
The most alarming thing about Donald Trump for these people is that they have, literally, thrown everything they can at the man. And, yet, he is still standing, completely unbowed. In the 3½ months since he launched his campaign, his popularity has only grown with every sling and arrow.
They have accused him of rape and tarred him as a racist. They smeared him as a traitor. And, yet, Teflon Don remains undented, the toupee-less man unruffled.
In the process, Mr. Trump has accomplished something no one thought possible. Meticulously, methodically, patiently, Mr. Trump has morphed into a legitimate candidate.
He just released the latest of three very serious policy position papers, this one on taxes. The first two were on illegal immigration and guns — filling out a veritable triumvirate of most important issues for all conservatives and many independents.
Each paper is deeply sophisticated and principled. And when was the last time a candidate for president got wall-to-wall coverage for releasing a policy paper?
Certainly not when Jeb Bush released his policy position this week on, and I am not making this up, “energy.”


“Unleash the energy revolution!” announced his campaign. Not to be confused with the “low energy” Mr. Trump is constantly accusing Mr. Bush of having.
Source>http://www.washingtontimes.com/news/2015/sep/29/donald-trump-morphs-into-a-real-candidate/?page=all#pagebreak
Posted by theodore miraldi at 11:52 AM