Trump: Not 'morally obligated' to defend Obama against claims 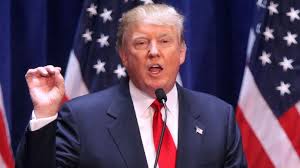 
Washington (CNN)Donald Trump on Saturday said it is not his job to correct supporters' claims about the President, defending his decision not to take issue with a man who disparaged Muslims and said President Barack Obama is not an American.
Trump did not dispute the man's allegations made at a town hall event this week, and added that if someone criticized him to Obama, there would be "no chance" the President would come to his defense.
"Am I morally obligated to defend the president every time somebody says something bad or controversial about him? I don't think so!" he tweeted Saturday morning.

Donald J. Trump  ✔@realDonaldTrump
Am I morally obligated to defend the president every time

somebody says something bad or controversial about him? I

don't think so!
Seven minutes later, Trump suggested, "This is the first time in my life that I have caused controversy by NOT saying something."

Donald J. Trump  ✔@realDonaldTrump
This is the first time in my life that I have caused controversy

by NOT saying something.
He then followed up by saying Obama would not have defended him in the roles were reversed.
"If someone made a nasty or controversial statement about me to the president, do you really think he would come to my rescue? No chance!"

Donald J. Trump  ✔@realDonaldTrump
If someone made a nasty or controversial statement about

me to the president, do you really think he would come to my

Donald J. Trump  ✔@realDonaldTrump
If I would have challenged the man, the media would have

accused me of interfering with that man's right of free

speech. A no win situation!
He also slammed Obama for being "horrible" in protecting Christians' religious liberty.
"Christians need support in our country (and around the world), their religious liberty is at stake! Obama has been horrible, I will be great"

Donald J. Trump  ✔@realDonaldTrump
Christians need support in our country (and around the

world), their religious liberty is at stake! Obama has been

horrible, I will be great

Trump's response contrasts with John McCain's now-famous exchange during a town hall in 2008, when he took the microphone away from and corrected a woman who called Obama "an Arab."
"No ma'am," McCain said. "He's a decent family man citizen that I just happen to have disagreements with on fundamental issues."
The White House pointed out that difference in a sharp response on Friday.
"Is anyone really surprised that this happened at a Donald Trump rally?" White House spokesman Josh Earnest said during his daily briefing. "The people who hold these offensive views are part of Mr. Trump's base. ... It is too bad that he wasn't able to summon the same kind of patriotism that we saw from Senator McCain, who responded much more effectively and directly when one of his supporters and one of his campaign events seven years ago raised the same kind of false claims."
The White House on Saturday declined to add to Earnest's remarks. 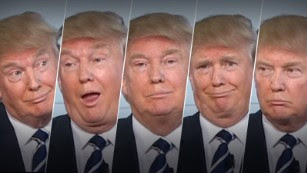 14 photos: The many facial expressions of Donald Trump

Asked about Trump's tweets Saturday morning, Democratic presidential contender Martin O'Malley said Trump did have an obligation to correct the questioner.
"I think any of us who are in the public arena, especially for the most important office of the presidency of the United States, have an obligation to correct errors and hateful things when people say them," O'Malley said at the New Hampshire Democratic Party convention. "I mean, it certainly was a different reaction that Donald Trump gave than somebody like John McCain would give when a person wrongly maligns people of the Muslim faith or tries to mischaracterize the President's faith. But I'll leave that to Trump."
Speaking to the New Hampshire convention Saturday, Democratic front-runner Hillary Clinton -- whose 2008 campaign was notably accused of insinuating that Obama was a Muslim, with Clinton herself saying the then-senator wasn't a Muslim "as far as I know" -- ripped Trump over the controversy.
"His latest outrage, the way he handled the question about President Obama, was shocking but not surprising," Clinton said. "He has been trafficking in prejudice and paranoia throughout this campaign."
'When can we get rid of them?'
The controversy arose on Thursday, when an unidentified man asked Trump when the U.S. can "get rid" of Muslims, asserting that Obama was not an American and was a Muslim himself.
"We have a problem in this country. It's called Muslims," the man said at a question-and-answer town hall event in Rochester, New Hampshire. "You know our current president is one. You know he's not even an American."
A seemingly bewildered Trump interrupted the man, chuckling, "We need this question. This is the first question."
"Anyway, we have training camps growing where they want to kill us," the man, wearing a "Trump" T-shirt, continued. "That's my question: When can we get rid of them?"
"We're going to be looking at a lot of different things," Trump replied. "You know, a lot of people are saying that and a lot of people are saying that bad things are happening. We're going to be looking at that and many other things."
Source>http://www.cnn.com/2015/09/19/politics/donald-trump-obama-twitter/index.html
Posted by theodore miraldi at 2:34 PM