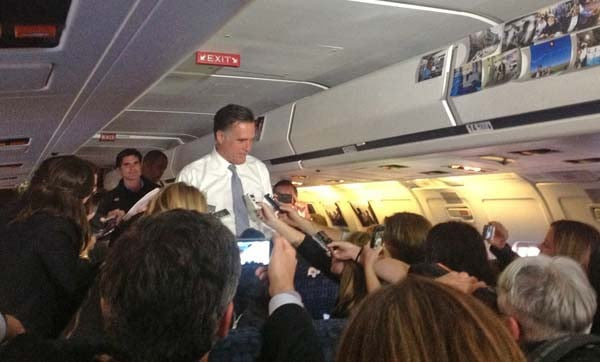 WASHINGTON – The Empire strikes back?

First, the Republican Party made Donald Trump sign an oath of loyalty by pledging to support its eventual presidential nominee and not run as a third-party candidate.
Now, the establishment GOP may be planning to do the very thing it made Trump promise not to do: bolt from the Republican party and run a third-party campaign.
Mark McKinnon, former President George W. Bush’s chief media strategist, suggested a scenario to NPR the GOP elite might follow if it looks like Trump will win the party’s presidential nomination. 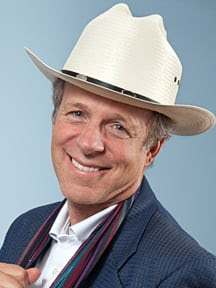 Mark McKinnon
“The Republican establishment completely freaks out. They get together and say, this is unacceptable, but it looks like it’s going to happen. So we go off, and we create a new Republican Party as an Independent candidacy and draft somebody who’s tanned, rested and ready to go and with a lot of money, somebody like Mitt Romney,” speculated McKinnon.
Former Rep. Steve Stockman, R-Texas, was floored by that.
“I think its absolutely hypocritical and crazy for the moderates to sit there and lecture conservatives about a third party and then turn around and practically advocate that for one of their own,” he told WND.
Stockman pointed out that Republicans don’t come any more moderate than McKinnon himself, considering he was an adviser to Democrats before he was tapped to help elect Bush in 2000.
McKinnon is a former Democratic consultant who had helped the late Texas Gov. Ann Richards and presidential candidate Michael Dukakis before joining the Bush team.
Stockman said that made him a favorite interview of such left-leaning media outlets as NPR, because they could portray his views as representing Republicans.
“Think about it,” said the former lawmaker. “This is a Bush consultant. The establishment trashed Trump for refusing to rule out a third party run. Now this guy turns around and suggests a prominent Republican may want to do the very same thing.”
“It’s like when rich kids don’t win the game, they turn the table over, pout and run off,” he added.

Former Rep. Steve Stockman, R-Texas
McKinnon did make sure to call a GOP establishment candidate third-party run “wild and improbable,” but Stockman questioned why he brought it up at all.
“Sounds like a trial balloon,” to see how it plays, mused Stockman.
It was one of three campaign scenarios McKinnon envisioned, but they all seemed to designed to dump Trump.
The consultant said it was unlikely establishment Super PAC money could stop the front-runner now.
McKinnon thought it was most likely Trump would not capture enough delegates to win the nomination, but enough of them to make him “a real nuisance at the convention where he can leverage some agreement or get something out of it so that he can walk away with a win.”
That’s when McKinnon offered the third-party scenario, just in case it eventually looks like Trump may win.
Trump signed the pledge to support the Republican nominee on Sept. 3.
Some critics called that a savvy move because it meant the party, in turn, would have to support Trump if he became the nominee.
At least one former Bush adviser seems to have other ideas.