Founded by ex-chief of SEIU, group rakes in cash from companies

with business in Puerto Rico 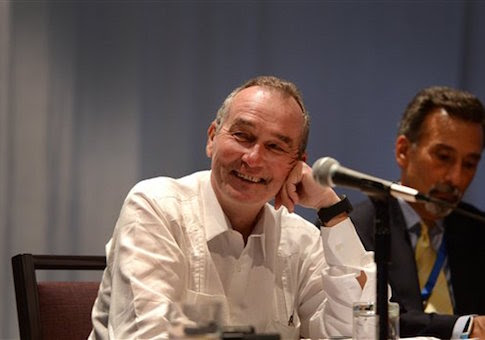 
“Given the Puerto Rican debt crisis and the corruption indictments announced last month by the U.S. Attorney for Puerto Rico, Rosa Emilia Rodriquez-Velez, there will be increased scrutiny of ethical issues involving the Puerto Rican government,” said Boehm.
Source>http://freebeacon.com/issues/charity-linked-to-big-labor-only-employs-scandal-plagued-governors-brother/
Posted by theodore miraldi at 4:42 PM