There's 'not much interest in old-fashioned values or virtues' 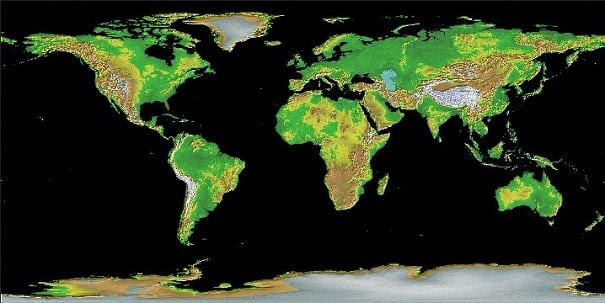 The annual World Economic Forum meeting in Davos, Switzerland, has just wrapped up after a focus on a “Fourth Industrial Revolution” and other issues the global elites consider important to the entire world community.

But an insider who once set up such conferences, has held a United Nations post, mingled with the top players in Washington and lists multiple foundation board memberships on his resume warns “old-fashioned values” are being left behind.
“I think we’re moving in the direction of more and more globalism, which I would distinguish from globalization, which is more an integrated kind of trading and investment pattern,” said Theodore Roosevelt Malloch.
He said the elites’ discussions of problems and solutions have taken on a global tone, as epitomized by Davos.
“There’s more and more emphasis, particularly in the developing world and in Europe, not necessarily in the U.S., unless you consider the Obama administration indicative of the emphasis, on one-world solutions, on UN solutions, on unitary solutions,” Malloch said.
Malloch, the chairman and CEO of the Roosevelt Group, knows what it’s like to swim at that level.
In addition to previously serving on the executive board of the WEF, he has had an ambassadorial-level post in the UN, worked in international capital markets on Wall Street, held senior policy positions at the U.S. Senate Committee on Foreign Relations and U.S. State Department, and served on numerous foundations and corporate, mutual fund and not-for-profit/educational boards. He currently advises numerous international and U.S. governmental advisory bodies and think tanks.
He described the recent meetings.
“It’s full of wannabes and celebrities,” Malloch said during a recent interview on Newsmax TV. “About 3,500 people and tons and tons and tons of media were there trying to stalk down people to get the interview of the day.”
This year’s Davos summit was attended by political leaders, business executives, intellectuals and celebrities.
Notable politicians who attended included U.S. Vice President Joe Biden, U.S. Secretary of State John Kerry, Canadian Prime Minister Justin Trudeau, French Prime Minister Manuel Valls, British Prime Minister David Cameron, Israeli Prime Minister Benjamin Netanyahu and U.N. Secretary-General Ban Ki-Moon.
Prominent business leaders included Bill and Melinda Gates, Facebook COO Sheryl Sandberg and Hewlett-Packard CEO Meg Whitman. Celebrities included Kevin Spacey, Leonardo DiCaprio, Emma Watson and will.i.am.
Attendees discussed a number of topics they consider global issues, such as sustainable development, global warming, water scarcity, economic growth, the global economy, inequality and even gender parity.
But the main topic was the “Fourth Industrial Revolution.”
The Davos movers and shakers discussed the impact that new technologies such as robotics, artificial intelligence and autonomous vehicles will have on society, existing industries, jobs and inequality.
Malloch recounts his life’s work in a new book, “Davos, Aspen, and Yale: My Life Behind the Elite Curtain as a Global Sherpa.”
He said it was the Iron Lady herself who first dubbed him a “sherpa.”
“Some years ago, I was presiding over a conference in Washington, D.C., with CNN and Margaret Thatcher was the keynote speaker,” Malloch recalled. “And when I introduced her, she said, ‘Whoever invented this and brought this congress to fruition is truly a global sherpa.’ So it’s become a moniker of mine. I’ve helped companies, I’ve helped organizations, I’ve helped political leaders find their way in this rather difficult and increasingly complex landscape.”
His experience, he said, allows him to recognize the drive, then, toward globalism.
There’s “not much interest in old-fashioned values or virtues, not much attention to national sovereignty any longer,” he said.