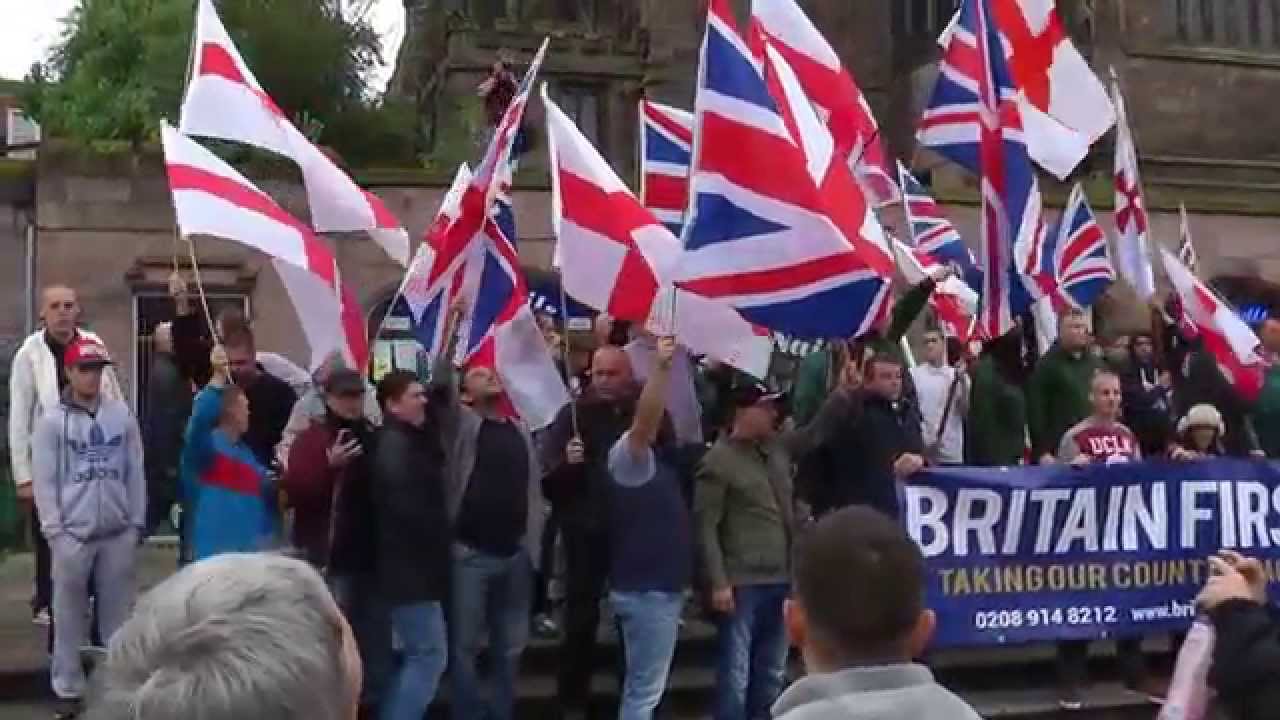 A mob of Muslim men swarmed a group of Christian activists on British streets and said they were “taking over” the country.

Members of the political party Britain First held what it claims is the first “Christian patrol” through the streets of Bury Park, Luton. A video posted to YouTube on Saturday shows a swarm of Muslim men converge on the group of 20 cross-carrying Christians.
“You’re jealous that we’re taking over,” a shop owner says at the start of the video. (Scroll down to watch the video)
“We f–king hate you!” and “Muslims will take over! Watch!” two others scream as cops descend on the scene.
Leader Paul Golding and deputy Jayda Fransen said the activists were there to walk through the town, hand out newspapers, and proudly display their faith in Christ.
“This is a British town. I’ll come here if I like. I’ll walk where I like,” Fransen told a group of men asking why they were in Luton.
Fransen and her fellow activists eventually made it through a gauntlet of jeers, threats and expletives before again addressing the camera.
“We just literally got mobbed. Muslims came back from every angle. Muslims told us they’ve taken our country, we’re not welcome, it’s not a Christian country, they’ve taken over and we need to leave. They were threatening violence. People tried to attack me … people tried to attack our activists. They’re throwing things. This is a British town. This is Britain.”
Local interfaith worker Peter Adams of Saint Mary’s Church responded to Britain First’s march on Monday, saying the group “corrupted the message of the cross” as a symbol of “reconciliation, forgiveness and selfless love,” Luton Today reported.
Britain First said many of its critics, who handed out flowers in the neighborhood after the march, were “trendy, politically correct, tree-hugging, sandle-wearing hippies who only care about multiculturalism.”

Britain First’s video was released one day prior to the British government’s announcement that it may take in 3,000 child refugees from Syria.
International Development Secretary Justine Greening told Sky News on Sunday that it was “the right thing” to do, Reuters reported.
Prime Minister David Cameron previously committed to taking 20,000 migrants from the Middle East over the next five years.