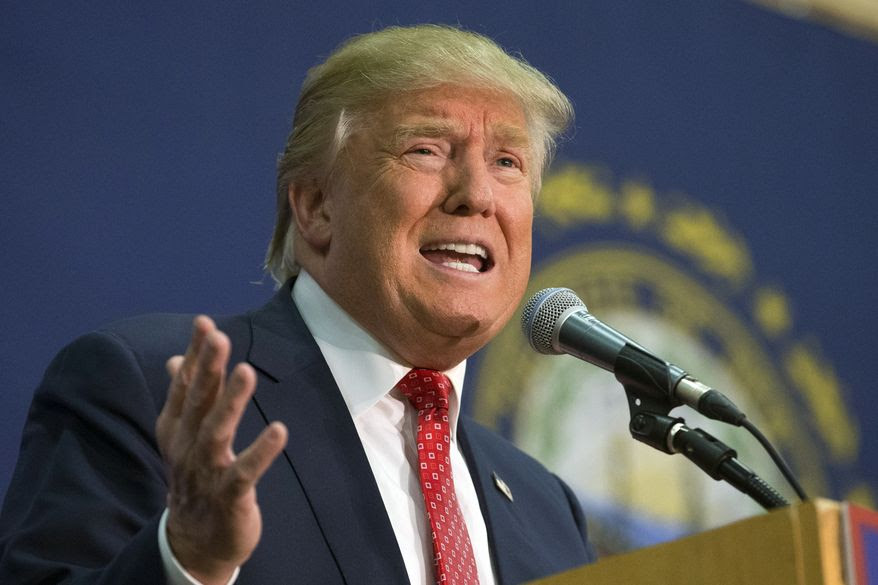 Charles Hurt
ANALYSIS/OPINION:
“Two Corinthians 3:17,” said Donald Trump, misstating the traditional way American Christians most commonly refer to the Apostle Paul’s second letter to the Corinthians.
You would have thought Mr. Trump had slandered a disabled minority, based on the horrified and merciless reaction from the press.
Or, you might have mistakenly thought that the national political press suddenly began giving the first flying crap about Christians or their hateful religion.
The press heaped scorn and ridicule upon Mr. Trump for his awkward rendition of the letter’s title, conventionally “Second Corinthians.” The outrage burned like a wildfire through the mainstream media that this unforgivable religious insult was delivered at, of all places, Liberty University.
Never in the history of left-wing journalism have so many mighty outlets rallied to defend the honor of Liberty University. In fact, never has a single journalistic outfit stood to defend the university.
SEE ALSO: Donald Trump gets nod from John Wayne kin: Same ‘courage, strength’ as the Duke
It is safe to say that even if squads of radical Islamic terrorists attacked Liberty, even then the liberal media would not come to the university’s defense.
Somehow, in their twisted minds, Liberty would have had it coming.
After all, the Rev. Jerry Falwell, the school’s founder, proudly boasted on a billboard: “Politically Incorrect Since 1971.”
So, why is it that the media suddenly rushes to the defense of Liberty University, Christianity and the integrity of scripture?
It is yet another dramatic case of the Donald Trump Derangement Syndrome. It is the same force that has establishment D.C. Republicans suddenly worried about conservatism and mainstream media all worried about how the Constitution will fare under a Trump presidency.
As if these Republicans ever gave a damn about conservatism or the mainstream media actually cared about the integrity of the Constitution.
But in this particular case of Donald Trump Derangement Syndrome, the media once again misses the point — very much to their own detriment.
Sure, they can laugh all they want at Mr. Trump for his unusual description of scripture. And he got some real chuckles from Liberty students in the audience who caught it and tried correcting him. (The “school’s verse” is that one from Second Corinthians: “Where the spirit of the Lord is, there is liberty.”)
The real reason so many evangelical voters like Mr. Trump is not that he is the holiest man in the race. It is not that they think he would deliver the best church sermon.
No, these voters — despite the media caricature of them as stupid rubes — are far more sophisticated than that. And, contrary to the caricature, most of them believe more fervently than anything in separation of church and state. What they care most about, in other words, is the freedom to practice their religion without government interference.
As the Rev. Jerry Falwell Jr. noted in his introduction of Mr. Trump at Liberty this week, “Render unto Caesar the things that are Caesar’s.”
And Mr. Trump is operating almost entirely in Caesar’s realm, which pleases these evangelical voters immensely. His occasional foray outside of Caesar’s world is quite often a clumsy affair.
At the same time, these voters see in Mr. Trump a fierce independence, a willingness to speak the truth, no matter how awkward or how unpopular. They see a man who is persecuted for the things he says, yet he never backs down. They see a man who places conviction above convenience.


In other words, when evangelical voters look at Donald Trump navigating the 2016 Republican primary, they see themselves navigating the modern world.
Source>http://www.washingtontimes.com/news/2016/jan/19/charles-hurt-donald-trumps-corinthians-misquote-ov/?page=all#pagebreak
Posted by theodore miraldi at 7:06 AM