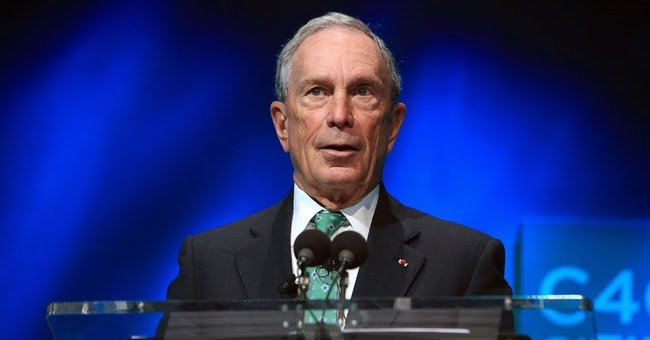 
First of all, in case you hadn't heard, it snowed on the East Coast. It snowed a lot. We had about 20 inches of snow at Mullings Central. I don't care if you live in Park City, Utah. 20 inches of snow in a place where there are no chairlifts or gondolas is a lot of snow.
Also, in case you hadn't heard, we were asked, begged, instructed, ordered, directed and, in New York City, required to stay off the roads.
I heard that from every TV anchor, every road reporter, every meteorologist, every elected official, every appointed official, and the Mullings Director of Standards & Practices.
And my cat, who spent all weekend laughing at videos of dogs trying to figure out how to "go in the snow" (if you know what I mean, and I think you do).
All she has to do is walk downstairs to her litter box.
"Man's best friend my warm, dry butt," I heard her growl under her breath more than just once.
While we were watching the snow pile up, we were treated to the news that former New York City Mayor Mike Bloomberg is thinking about making a Ross Perot-like third party run for the Presidency.
According to an article in the New York Times (which was chosen as the vessel by which to deliver this news) he has told friends and potential supporters that he "would be willing to spend about $1 billion of his fortune" on such a venture.
According to Forbes.com, Bloomberg's net worth is about $36.5 billion. He is the 14th richest person in the world. In the world. One of those billions is 2.7 percent of his current fortune.
According to the U.S. Census bureau the average net worth of Americans aged 35 to 54 is just under $60,000. That means if you wanted to match Bloomberg's commitment of 2.7 percent of your wealth to your Presidential campaign you would have to commit $1,620.
How's that for a Haves v. Have Nots comparison?
The aforementioned Ross Perot ran as an independent in the election of 1992 - George H.W. Bush was the incumbent and was challenged by Arkansas Governor Bill Clinton.
Perot got about 19.7 million votes which accounted for just shy of 19 percent. However, he won zero electoral votes and in any event was not as much a factor in the outcome of that election as Ralph Nader was in the election of 2000.

As we remember there was some doubt as to whether George W. Bush or Al Gore won Florida. Bush was determined (even after independent recounts) to have won by 537 votes out of the nearly six million cast.
Ralph Nader, running as an independent Green Party candidate got 97,488 voes. If Nader had not been in the race, Gore would have gotten the vast majority of those votes and would have been elected President.

But, what if Bloomberg were actually to win one or more states - enough states so that neither the Republican nor the Democratic nominee got to the magic 270 electoral votes?
Under the terms of the 12th Amendment to the Constitution, the election for President would be thrown to the U.S. House of Representatives.
The convoluted language of the Amendment reads:

If no person has such majority [270 votes], then from the persons having the highest numbers not exceeding three on the list of those voted for as President, the House of Representatives shall choose immediately, by ballot, the President. But in choosing the President, the votes shall be taken by states, the representation from each state having one vote.

So, only the top three vote getters can be considered. House Speaker Paul Ryan cannot be elected in that process. Second, each state gets one vote. California (55 Electoral Votes) gets one vote in this process. Alaska (3 Electoral Votes) also gets one vote.
The District of Columbia does not participate as it does not have an official seat in the U.S. House.
Thus, one candidate needs 26 states delegations to be elected President.
The Vice President, by the way, is chosen by the U.S. Senate, but each Senator gets his or her own vote - it is not state-by-state. Plus, only the top two finishers in the Electoral College are on the VP ballot in the Senate.
I don't think any of this will happen, but neither did I think Donald Trump would run for President.
Source>http://townhall.com/columnists/richgalen/2016/01/25/more-possible-2016-turmoil-n2109349/page/full
Posted by theodore miraldi at 8:05 AM