ARE WE LOOKING AT THE GENESIS OF
OURSELVES? 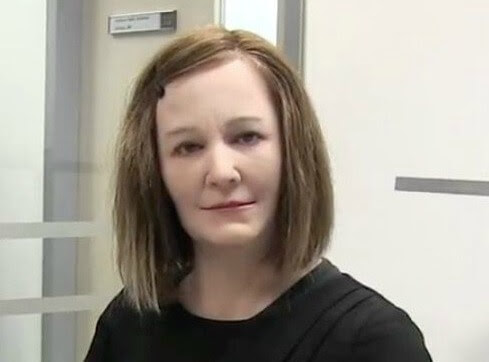 The world’s most human-like robot. Nadine, as the robot is called, has soft skin and medium brunette hair and Nadine states she is unmarried.

Scientists at the Nanyang Technological University, Singapore have unleashed their latest creation on the university’s campus: the world’s most human-like robot.
Nadine, as the robot is called, has soft skin and medium brunette hair just like her creator, Professor Nadia Thalmann. But more than her looks, the most impressive thing about Nadine is what she does: make eye contact, smile, meet and greet guests, shake hands, and even recognise past visitors and engage in conversation with them based on previous exchanges.
Unlike previous generations of robots, Nadine has an individual personality, with moods that change depending on the topic. She is powered by artificial intelligence software similar to Apple’s Siri or Microsoft’s Cortana that allows her to communicate in a realistic manner.
According to Professor Thalmann, director of the Institute for Media Innovation, robots like Nadine will be much more visible in home and offices in the future. “Robotics technologies have advanced significantly over the past few decades and are already being used in manufacturing and logistics,” she said.
“As countries worldwide face challenges of an aging population, social robots can be one solution to address the shrinking workforce, become personal companions for children and the elderly at home, and even serve as a platform for healthcare services in future.
“Over the past four years, our team at NTU have been fostering cross-disciplinary research in social robotics technologies — involving engineering, computer science, linguistics, psychology and other fields — to transform a virtual human, from within a computer, into a physical being that is able to observe and interact with other humans.
“This is somewhat like a real companion that is always with you and conscious of what is happening. So in future, these socially intelligent robots could be like C-3PO, the iconic golden droid from Star Wars, with knowledge of language and etiquette.”
SOURCE: IHLS
Source>http://www.rightsidenews.com/life-and-science/culture-wars/nadine-the-worlds-most-human-like-robot-unveiled/
Posted by theodore miraldi at 10:53 AM