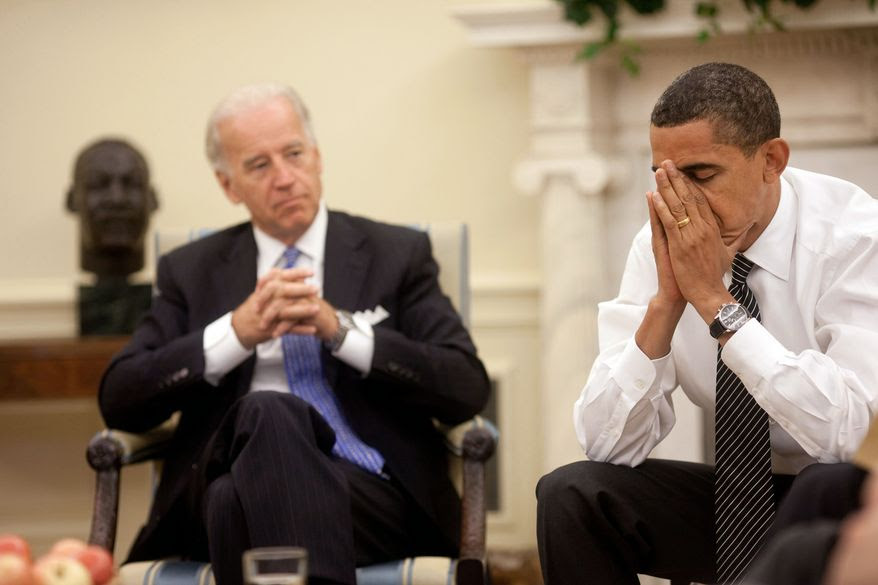 
The Obama administration has released one of al Qaeda’s most skilled explosives experts, a man personally praised by Osama bin Laden and who created the shoe-bomb design that was used unsuccessfully to bring down an airliner in 2001.
The Pentagon said Thursday that Egyptian Tariq Mahmoud Ahmed al Sawah, who may have known of the original Sept. 11 plot, was transferred to the government of Bosnia. Al Sawah fought with the Bosnian army in the early 1990s and eventually made his way toAfghanistan in 2000.
Like other members of al Qaeda, al Sawah began his terrorism career as a member of the secretive Muslim Brotherhood, which is present in the U.S.
Al Sawah’s Guantanamo file reveals a number of chronic medical problems in 2008, when a secret profile was created by Task Force Guantanamo. Now 58, he was listed as “morbidly obese,” and at the time suffered from diabetes, fatty liver disease and chronic pain from spinal cord compression. Prison doctors urged him to get more exercise.
In his terrorism career, he was close to bin Laden and taught classes in explosives at the al Qaeda leader’s Tarnak Farms training camp.
In Afghanistan al Sawah developed a mine to sink U.S. ships and the shoe-bomb prototype that Richard Reid attempted to ignite while on a flight from Paris to Miami in December 2001.
“Detainee also associated with the planners and perpetrators of international terrorist attacks and other senior al-Qaida members, and may have had advanced knowledge of the 11 September 2001 attacks,” states his secret file, which was published by Wikileaks along with hundreds of other Gitmo dossiers. “Detainee participated in hostilities against U.S. and Coalition forces, and is a veteran extremist combatant.”
Joint Task Force Guantanamo judged al Sawah to be a “medium” risk to U.S. troops and recommended him for transfer.
The publicized file may prove a problem for al Sawah on the outside. He became an “exceptional” intelligence source, his file says, which could cause terrorists to seek revenge.
“He has been compliant over the last four years,” the file says. “He continues to be a highly prolific source and has provided invaluable intelligence regarding explosives, al-Qaida, affiliated entities and their activities. If released, detainee will possibly reestablish extremist associations, but is unlikely to do so as his cooperation with the U.S. government may serve to identify detainee as a target for revenge by those associates.”
His release brings the prison population, once at more than 700, to 92, including Sept. 11 mastermind Khalid Sheikh Mohammed.
President Obama plans to close the prison and bring whoever is left at Gitmo to an American prison.
House Speaker Paul D. Ryan, Wisconsin Republican, says Mr. Obama would be violating federal law, which prohibits the action.
Meanwhile, The Associated Press reported that a Guantanamo Bay prisoner who protested his indefinite confinement with a lengthy hunger strike has taken the unusual step of turning down a chance to finally leave the U.S. base in Cuba, rejecting an offer to be resettled in an unfamiliar new country.
Muhammad Bawazir, a 35-year-old from Yemen, refused to board a plane as two other prisoners were being flown out for resettlement in the Balkans, his lawyer, John Chandler, said Thursday. Since returning to his homeland was not an option, he insisted on being sent to a country where he has family.
Mr. Chandler said he spent months trying to persuade Bawazir to accept the resettlement in another country he declined to name. But the prisoner, who was 21 when captured in Afghanistan, apparently decided at the last minute he couldn’t do it.
“It’s a country I’d go to in a heartbeat,” the Atlanta-based attorney said. “I can’t help you with the logic of his position. It’s just a very emotional reaction from a man who has been locked up for 14 years.”


⦁ This article is based in part on wire service reports.
Source>http://www.washingtontimes.com/news/2016/jan/21/obama-releases-al-qaedas-most-skilled-explosives-e/?page=all#pagebreak
Posted by theodore miraldi at 8:06 AM