Obama rule to force companies to disclose salaries based on gender 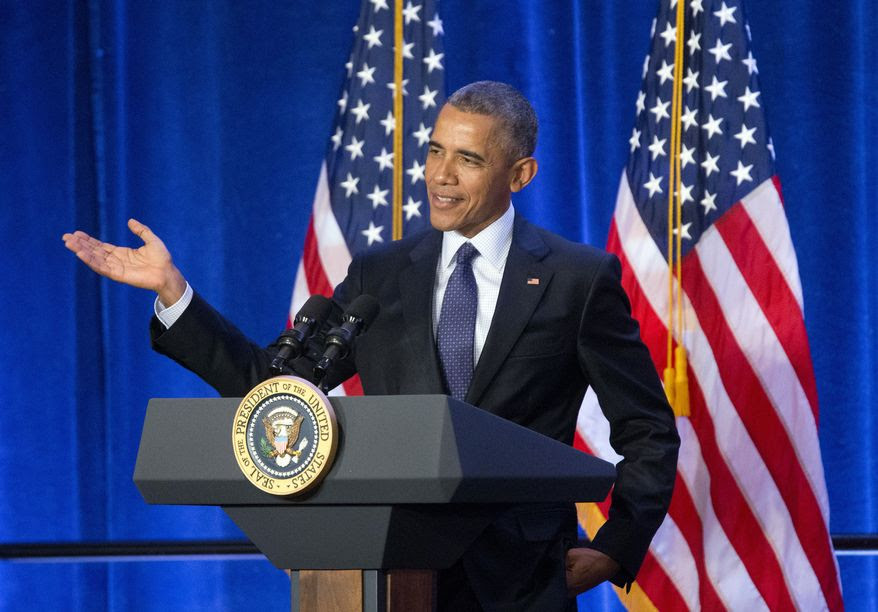 
The Obama administration is proposing new regulations that would require large employers to disclose how much they pay men and women, the latest move in President Obama’s efforts to equalize wages.
The Equal Employment Opportunity Commission Friday published a plan to begin gathering pay data from employers with 100 or more workers, looking at information on gender, race and ethnicity. The government will use the information to target companies that may be discriminating against women for enforcement action.
At the White House Friday, Mr. Obama said the move would “help businesses that are trying to do the right thing.” He said it’s unfair that a woman earn 79 cents on average for every dollar earned by a man, and he highlighted racial inequities in wages.
“The gap’s even wider for women of color,” Mr. Obama said. “A typical black working woman makes only 60 cents, a typical Latino woman makes only 55 cents for every dollar a white man earns. And that’s not right. We’re talking about, often times, folks doing the same job and paid differently.”
The White House said its proposal, which won’t require legislative approval, will cover more than 63 million workers. There will be a 60-day comment period before companies would have to begin submitting the data in September 2017.
National studies have shown that women are paid, on average, 79 cents for each dollar earned by men. Economists say it’s difficult to compare wages in different industries and backgrounds, and critics have noted that the Obama White House also hasn’t paid female employees as much as males, on average.
The move expands a Labor Department plan for federal contractors and subcontractors to collect such information, after an order issued by Mr. Obama in April 2014.
Mr. Obama is marking the seventh anniversary Friday of signing the Lilly Ledbetter Fair Pay Act, named for the woman who took her case of pay discrimination to the Supreme Court. The law gives plaintiffs a more generous time frame in which to file complaints over wage bias.
Source>http://www.washingtontimes.com/news/2016/jan/29/obama-proposing-rule-force-companies-disclose-sala/
Posted by theodore miraldi at 9:17 AM