Too few Americans understand the dangers 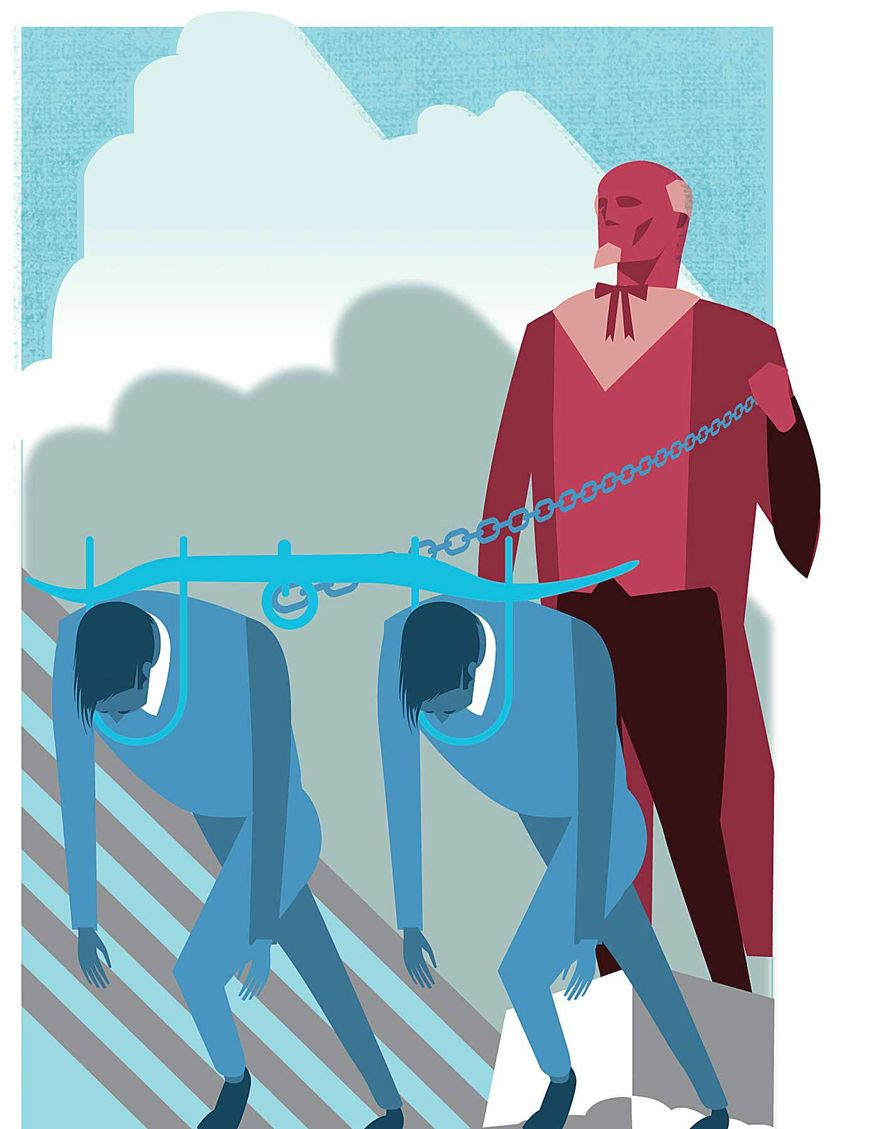 
Do you know what socialism is? Hillary Clinton struggled to find an answer when recently asked. Socialism is a system in which the government owns or controls the means of production, and allocates resources and rewards.

Sen. Bernie Sanders proudly proclaims himself a “democratic socialist,” and many in the Democratic Party seem to have no problem with it and, in fact, are embracing him and his ideas. Listening to all of this, one gets the feeling that for a significant portion of the population, history began in the year 2000. Where have been the great socialist success stories? Much of the world’s population greatly suffered under various forms of socialism in the 20th century. Not one of the various socialist models proved to be a success.
There was the communist variety of socialism in the former Soviet Union, Eastern Europe, China and Cambodia, which resulted in tens of millions of deaths from starvation and from the gulags. There was the national socialist (Nazi) model in Germany and Italy, which, like the communist version, resulted in tens of millions of deaths. Somewhat more benign, but still coercive, versions of socialism were prevalent in India, many places in Africa and South America, and all resulted in economic stagnation — because productive effort was separated from reward. The two most socialist countries today are North Korea and Cuba — both being very poor and repressive. The average Cuban government worker has a monthly wage which is less than what the average American worker makes in an hour.
It is true that every country has some socialist enterprises at the federal, state or local levels. For instance, the U.S. government owns Amtrak, and the city of Flint, Mich., owns its water department. Arguably, both would do much better in private hands. France has many more government-owned enterprises than neighboring Switzerland. Even France is still basically a capitalistic free-market economy — but with far less freedom and prosperity than Switzerland.
Why does socialism always fail, and why will Bernie Sanders‘ schemes and, to a lesser extent, Hillary’s Obamacare version, also fail? Under a capitalist free-market system, the business person seeks to produce goods and services that the consumer wants at the lowest possible cost — which includes having the smallest and most productive work force possible — in order to maximize profits. Under the socialist model, the political leaders decide what the consumers should have (which is often very different from what they want or need). Productivity and innovation are given short shift, needless workers are hired and few are fired. In almost all cases, costs soon outrun revenues, and the losses are made up by ever higher taxes or more debt — eventually causing an economic collapse. As economic stagnation increases, the citizens become more restless and either throw off the yoke of government through the ballot box, as was done in 1979 in the United Kingdom with the election of Margaret Thatcher, or the protesters are imprisoned until often a bloody revolt occurs.
Now back to Bernie Sanders who has proposed “Medicare for all” as one of his many schemes. Professor Gerald Friedman of the University of Massachusetts has examined the Sanders plan (and has no political ax to grind), and he estimates it would cost $40.9 trillion between 2017 and 2026. Hospitals and doctors would be forced to take huge cuts, driving many out of the medical profession, and reducing innovation and standards in health care. Patients would be forced to wait in long queues. It would be like the present failed Veterans Administration health system for all.
Back in 2002, Joshua Muravchik wrote a classic book on the history of socialism, “Heaven on Earth: The Rise and Fall of Socialism.” Perhaps it is time for the political class, including the commentators, to go back and read it and realize again that the next time the socialists will not get it right, because the model is fatally flawed.
What is most disturbing is the idea that America — and its unique success as a nation — was built around individual liberty and opportunity, not collective coercion. All too many no longer understand what the American Founders were trying to, and largely did, achieve. The young people who support Mr. Sanders, and even Hillary, seem to be generally ignorant of why America worked. Many do not want the government to restrict unfettered abortions or their right to smoke pot, but seem to be oblivious that socialism and big government makes everyone into an economic slave. Many workers in the Soviet Union, as is true of North Korea and Cuba today, could not even choose their own profession, or what town or apartment block they lived in. Such restrictions are the logical and necessary outcomes of socialism, unless it is thrown off before it reaches that stage.
Those in the news media who have an opportunity to quiz the presidential candidates would do the citizens a great favor if they could discern what the candidates really know about the Constitution and the arguments made in the Federalist Papers.
Source>http://www.washingtontimes.com/news/2016/jan/25/richard-rahn-socialism-means-coercion/
Posted by theodore miraldi at 7:18 AM