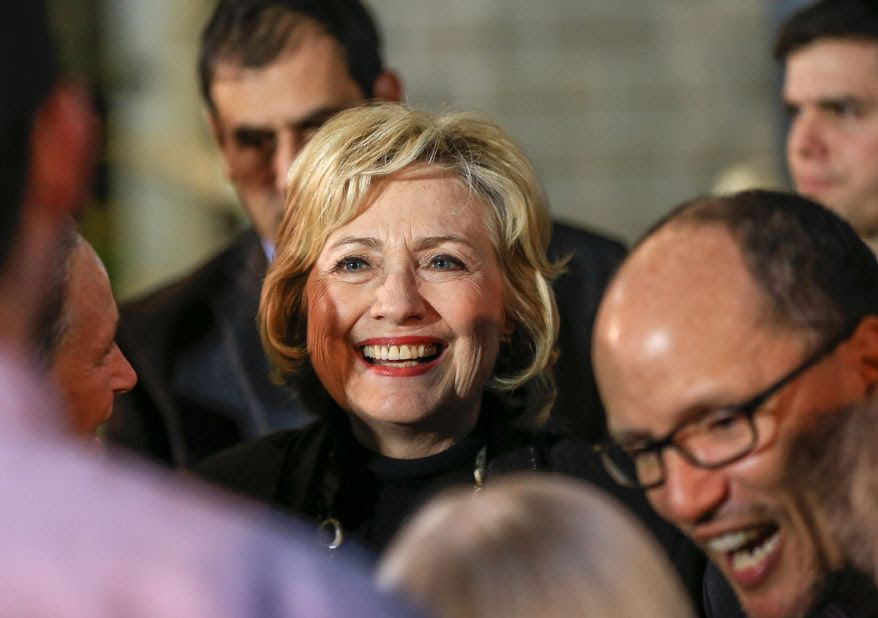 
The reporter whose case has forced the release of former Secretary of State Hillary Clinton’s emails accused the Obama administration Monday of political tampering by asking to delay making the final set of messages public until after the first four states have already voted in the Democratic presidential primary.
Another 11 states are slated to vote March 1, just hours after the State Department has said it wants to release the final 4,000 or so emails — which are likely to include some of the most controversial messages. That means nearly 45 million voters won’t have enough time to digest the emails before having to vote, Jason Leopold, a reporter at Vice, said in a court filing opposing the State Department’s new schedule.
“If the court allows State to delay release of thousands of pages of Democratic presidential candidate Hillary Clinton’s official work emails, a substantial portion of the electorate will be forced to vote without the benefit of important information to which it is entitled about the performance of one of the candidates for U.S. president while serving as secretary of State,” Mr. Leopold said in his court filing.
Judge Rudolph Contreras has yet to rule on the State Department’s request, made just ahead of Friday’s snowstorm, asking for a one-month delay from the original deadline of Jan. 29.
The State Department blamed both the snowstorm and its own “oversight” in not sending out thousands of pages of emails to other agencies for their review.
It’s the third major bungle for the department, which has had to be prodded by Congress, the courts and the department’s own inspector general throughout the process.
The Clinton emails were kept on a server maintained at her home in New York, rather than using the State Department’s official accounts. She only returned the messages to the department in late 2015, or nearly two years after she left office — and only then under the prodding of the congressional probe into the 2012 Benghazi terrorist attack.
Sued for access under open-records laws, State Department officials had asked to deliver all of the messages later this year — but Judge Contreras rejected that proposal, ordering monthly releases.
Those releases have proved embarrassing to Mrs. Clinton, with some 5 percent of them containing now-classified information. Mrs. Clinton says that none of the information was labeled classified at the time she sent it, and asserts that none of it needed to be — though auditors have disagreed with that assertion.
The auditors say several of the messages contain information that should be classified above the top secret level — and those messages have yet to be released in redacted form.
Several federal judges have pressed the State Department on its slow pace of processing, and now Mr. Leopold says the latest request for a delay could have a severe impact primary voters, who are increasingly wondering whether Mrs. Clinton could face legal troubles that could derail her presidential aspirations.
Under Judge Contreras’s original schedule, the final emails were to be released Friday, three days before Iowa voters hold the caucuses that kick off the primary season. A week later voters in New Hampshire go to the polls, followed by Nevada’s caucuses and South Carolina’s primary, all in February.
The State Department’s new schedule would push the full email release until after all of those states have voted, and until just hours before 11 other states and American Samoa hold primaries or caucuses on March 1.
The State Department did not immediately respond to a request for comment on the accusations of political interference.
Source>http://www.washingtontimes.com/news/2016/jan/25/state-dept-accused-tampering-delay-clinton-emails/
Posted by theodore miraldi at 2:27 PM