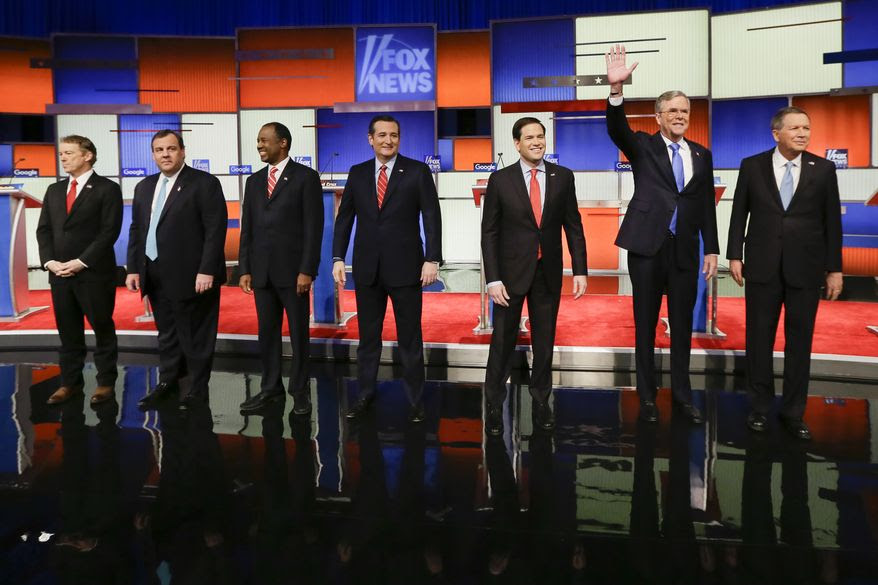 
⦁ Seth McLaughlin contributed to this report.
Source>http://www.washingtontimes.com/news/2016/jan/28/donald-trumps-absence-dominates-republican-debate/?page=all#pagebreak
Posted by theodore miraldi at 8:35 AM