What, Exactly, Is ‘The Source of Our Problems’?

It's much larger than the welfare state 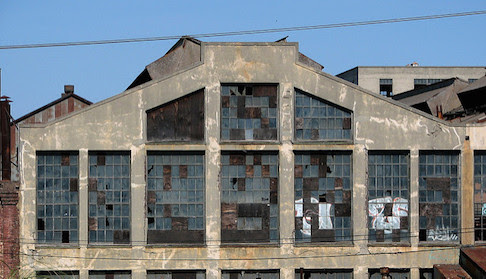 My personal preference is for … the reform conservatism that locates the source of our problems not in heartless billionaires or crafty foreigners, but in our superannuated, increasingly sclerotic 20th-century welfare state structures.

This line caught my attention because I had just finished reading David Brooks, who says the country is suffering from “an epidemic of isolation, addiction, and trauma.” Brooks cites the large numbers of Americans who report chronic loneliness, a surge in addiction, the rising number of children born to unmarried women, a decrease in religious affiliation, and a collapse of trust in others, in media, and in government.
My problem is I can’t reconcile the two columns. I don’t understand how our “superannuated, increasingly sclerotic 20th-century welfare state structures” are entirely to blame for the political, cultural, and social decomposition of America. And I am afraid decomposition is the word: Political, since the influence and strength and size of our parties is in decline as polarization widens. Cultural, because the “revolt of the public” and the explosion in content has revolutionized and balkanized the way Americans read the news and experience culture. Social, for the reasons Brooks mentions but also for the rising salience of ethnicity and the conclusions drawn by Charles Murray in Coming Apartand by Robert Putnam in Our Kids.
To be sure, decades ago Murray and others found connections between federal antipoverty programs and the perpetuation of the conditions those programs were meant to improve. These findings inspired the welfare reform act of 1996, a successful attempt to encourage work and initiative among the poor. And today, when one looks at the rampant abuse of Social Security Disability Insurance, one sees another badly designed program leading to perverse results. It needs to be fixed.
But how far will reforming disability insurance get us? “Our problems,” after all, seem to go a lot further than men and women dropping out of the work force. Candidates for president in both parties this year, for example, have been shocked at the extent and toll of opioid and meth addiction. Did welfare state structures give us that? And if so, how? And wouldn’t any serious attempt to address the problem require more government involvement—at the very least more police to interdict the drugs and imprison the dealers? Another pressing issue is mental health. Does the welfare state drive young men insane? I think not. But I do think that here, as well, government will have to do more rather than less to treat the mentally ill and commit those that are a hazard to themselves and to others.
The men and women who feel left behind in or cut off from the global economy didn’t necessarily get to where they are because of the welfare state. They got there because work disappeared, and they didn’t have the skills or resources or energy to cope. Unfortunately but crucially, in the absence of family, community, and tradition, the welfare state is the only attachment—impersonal, uncaring, but present—these people have. Republicans forget this fact at their peril.
Indeed, it seems that voters are tempted by figures like Donald Trump and Bernie Sanders precisely because of their intuition that the challenges facing America are much greater than any one set of causes or institutions, and do not conform to the division between government and the market that framed political life during the twentieth century. The welfare state may be superannuated and sclerotic—this is government we’re talking about here—and it is no doubt part of what can only be described as our collective demoralization. But it is only a part. And it may be part of the answer, too.
Source>http://freebeacon.com/columns/what-exactly-is-the-source-of-our-problems/

Posted by theodore miraldi at 4:51 PM