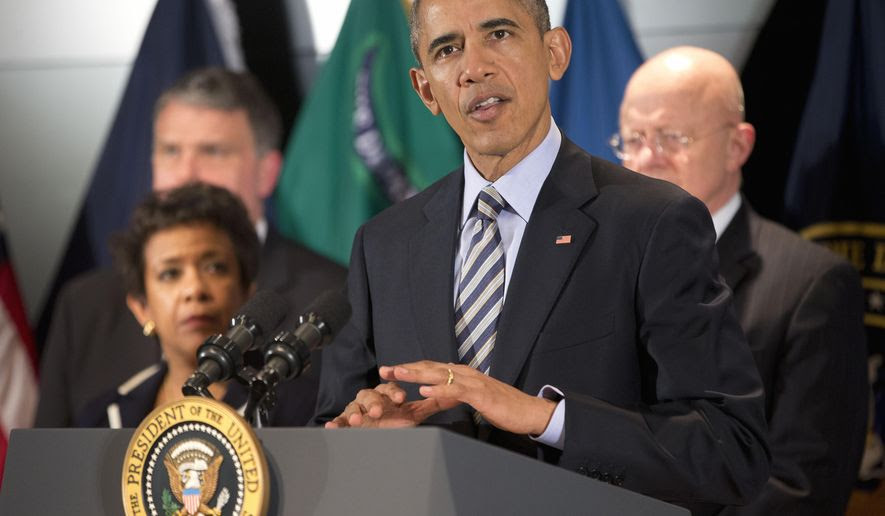 Attorney General Loretta Lynch said Wednesday that federal law flatly prevents President Obama from sending of the the detainees from Guantanamo Bay to U.S. territory, hurting his ability to follow through on his new closure plan.
“That is the state of the law,” she said, pointing to the most recent defense policy law passed late last year, which cleared Congress on a bipartisan vote and which Mr. Obama himself signed into law.
Ms. Lynch said it’s her understanding the president’s plan, released Tuesday, is a “goal” and a challenge to Congress rather than an effort to circumvent lawmakers on Capitol Hill.
She said she supports the goal, saying the detention facility has become a security liability for the U.S.
The White House has tried to talk tough, saying that Mr. Obama won’t “take any options off the table” such as trying to close the prison by executive action. But Ms. Lynch’s comments seemed to undercut that.
“That would be prohibited from doing so. I’m not aware of any effort to do so at this time,” she said.
House Speaker Paul D. Ryan said Wednesday that Congress is already readying a legal challenge should Mr. Obama try anyway.
“What boggles my mind is that the president is contemplating directing the military to knowingly break the law. Our law is really clear,” the Wisconsin Republican said.
The new plan, authored by the Defense Department, envisions 13 potential sites for housing up to 60 of the 91 detainees currently being held at the detention facility at Guantanamo Bay, Cuba.
Mr. Obama is desperate to try to make good on his 2008 campaign pledge to close the detention facility. He’d initially vowed to shutter it within a year of taking office, and signed an executive order to federal agencies directing them to try to get it done.
Administration officials had eyed a maximum-security prison in Illinois as a likely transfer location.
But Congress — at the time controlled by Democrats — passed legislation stopping him from bringing any detainees to U.S. soil, and later ramped up those restrictions, saying the Defense Department secretary needed to personally certify the transfers of any detainees to be resettled in other countries.
Those restrictions have been maintained in the years since.
Source>http://www.washingtontimes.com/news/2016/feb/24/ag-lynch-obama-cant-enact-his-gitmo-plan-alone/
Posted by theodore miraldi at 12:28 PM