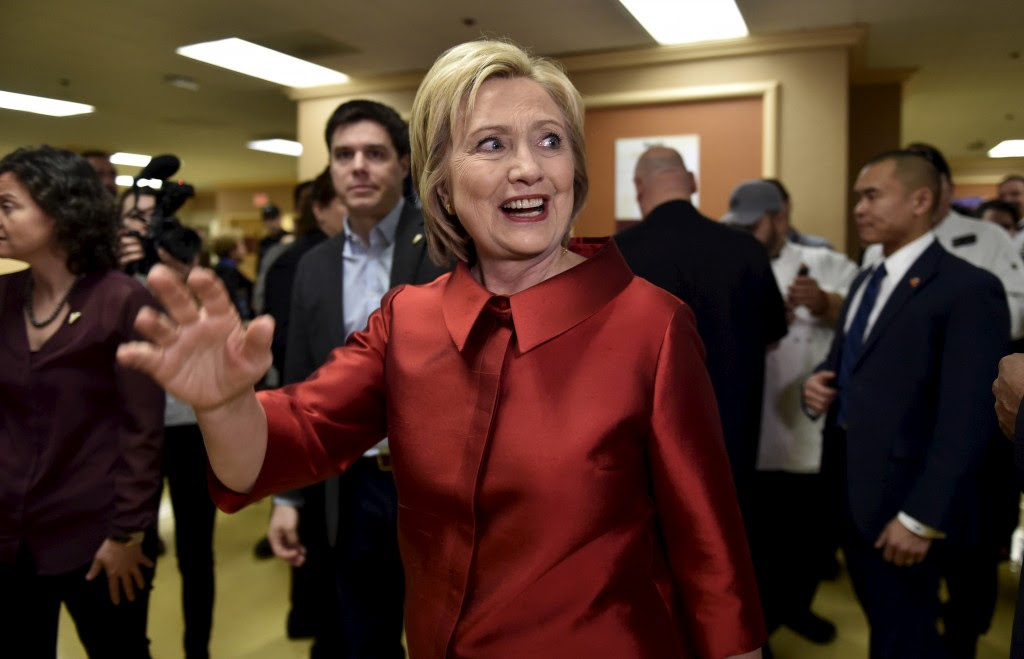 Hillary Clinton won the Nevada Democratic caucuses on Saturday, Fox News projects, beating Bernie Sanders and breathing new life into her campaign just a week-and-a-half after she lost to Sanders by double-digits in New Hampshire.
Though the victory appears to be a narrow one, Clinton is hoping the win will serve to undercut Sanders' momentum as they head next into several delegate-heavy contests.
"To everyone who turned out in every corner of Nevada with determination and heart: This is your win. Thank you," Clinton tweeted after the race was called.
With 75 percent of precincts reporting in Nevada, Clinton has 52 percent to Sanders' 48 percent.
Sanders congratulated Clinton on her victory in Nevada’s closely-contested caucuses, and said he looked forward to the primaries and caucuses ahead.
“I am very proud of the campaign we ran," Sanders said in a statement. "Five weeks ago we were 25 points behind and we ended up in a very close election. And we probably will leave Nevada with a solid share of the delegates."
The balloting in Nevada coincides with the Republican primary Saturday in South Carolina, where front-runner Donald Trump is hoping for a decisive win.
In Nevada, Clinton was looking to rebound after losing big to Sanders in the party's New Hampshire primary, and only narrowly winning the Iowa caucuses.
The candidates spent their final hours before the caucuses furiously trying to drive up turnout among their supporters.
Significant spending by Sanders on paid media and staff helped his campaign make inroads into the Latino and African-American communities, which make up a significant portion of the Democratic electorate in the state.
It wasn't enough to edge out Clinton. But each candidate benefited from a different set of constituencies.
Entrance polls showed Clinton held the lead among the state’s influential union voters, with 56 percent going for Clinton and 43 percent going for Sanders.
But the breakdown was flipped among first-time caucus-goers, with 54 percent backing Sanders and 43 percent backing Clinton. Clinton also held the lead among women, but Sanders held a massive lead among caucus-goers under 45.
Clinton had until recent weeks held a double-digit polling lead in Nevada, but that narrowed considerably in the closing days of the race.
Her campaign is hoping to arrest Sanders' momentum as the primaries move into the Southern and Western states, where Clinton is banking on strong support from minority voters and unions. From Nevada, the candidates head next into South Carolina a week from now.
The Associated Press contributed to this report.
Source>http://www.foxnews.com/politics/2016/02/20/clinton-wins-nevada-caucuses-fox-news-projects.html?intcmp=hpbt1
Posted by theodore miraldi at 6:17 PM