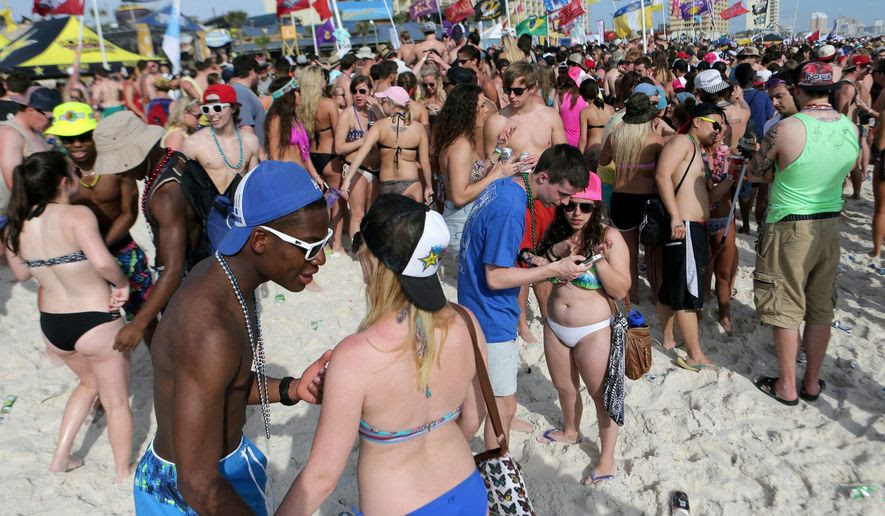 The annual spring party in Panama City Beach, Florida, has been reined in with laws that local businesses and patrons say are illegal.
(Panama City, Florida, News Herald via Associated Press)


“We’re ready for the unknown, because we don’t know what to expect,” he said. “Everybody’s speculating, and we certainly don’t know. We’re just going to try to be prepared. That’s the best we can do.”
Source>http://www.washingtontimes.com/news/2016/feb/21/fox-news-blamed-for-stoking-racism-in-panama-city-/?page=all#pagebreak
Posted by theodore miraldi at 8:01 AM