Hillary vs. The Donald 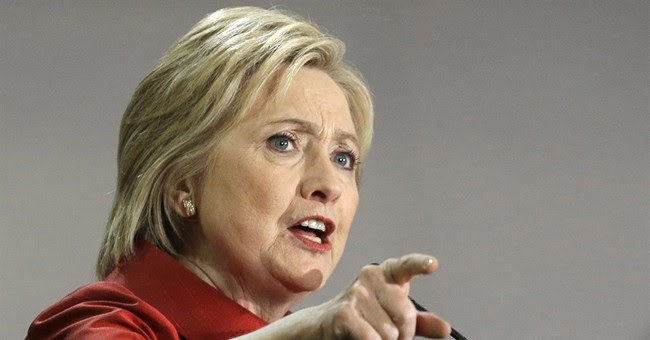 
In a Hillary Clinton vs. Donald Trump race -- which, the Beltway keening aside, seems the probable outcome of the primaries -- what are the odds the GOP can take the White House, Congress and the Supreme Court?
If Republicans can unite, not bad, not bad at all.
Undeniably, Democrats open with a strong hand.
There is that famed "blue wall," those 18 states and D.C. with a combined 242 electoral votes, just 28 shy of victory, that have gone Democratic in every presidential election since 1988.
The wall contains all of New England save New Hampshire; the Acela corridor (New York, New Jersey, Pennsylvania, Delaware and Maryland); plus Michigan, Minnesota, Illinois and Wisconsin in the Middle West; and the Pacific coast of California, Oregon, Washington -- and Hawaii.
Changing demography, too, favors the Democrats.
Barack Obama carried over 90 percent of the black vote twice and in 2012 carried over 70 percent of the Hispanic and Asian votes. These last two voting blocs are the fastest growing in the USA.
A third Democratic advantage is simple self-interest.
Half the nation now receives U.S. government benefits -- in Social Security, Medicare, Medicaid, food stamps, welfare, student loans, rent subsidies, school lunches and Earned Income Tax Credits, etc.
Folks who rely on government benefits are unlikely to rally to a party that promises to cut government. And as half the nation pays no income tax, these folks are unlikely to be thrilled about tax cuts.
Bernie Sanders, who promises free college tuition and making Wall Street and the 1 percent pay for it, knows his party.
While these realities of national politics would seem to point to inexorable Democratic dominance in coming decades, there are worms in the apple.
First, there is the strangely shrunken and still shrinking Democratic leadership base. As the Daily Caller reports, under Obama, Democrats have lost a net of more than 900 state legislature seats, 12 governors, 69 U.S. House and 13 Senate seats. Such numbers suggest a sick party.
Republican strength on Capitol Hill is again as great as it was in the last years of the Roaring '20s.
Second, due to Trump, viewership of the Republican debates has been astronomical -- 24 million for one, 23 million for another.
The turnout at Trump rallies has been unlike anything seen in presidential primaries; and what's more, the GOP voter turnout in Iowa, New Hampshire, South Carolina and Nevada set new records for the party.
Yet voter turnout for the Clinton-Sanders race has fallen, in every contest, below what it was in the Clinton-Obama race in 2008.
Bernie's millennials aside, the energy and excitement has been on the Republican contest, often a sign of party ascendancy.
Not only would Trump at the top of the GOP ticket assure a huge turnout (pro and con); he is the quintessence of the anti-Washington, anti-establishment candidate in a year when Americans appear to want a wholesale house-cleaning in the capital.
As a builder and job creator, Trump would surely have greater cross-party appeal to working-class Democrats than any traditional Republican politician. Moreover, when Bernie Sanders goes down to defeat, how much enthusiasm will his supporters, who thrilled to the savaging of Wall Street, bring to the Clinton campaign?
This is the year of the outsider, and Hillary is the prom queen of Goldman Sachs. She represents continuity. Trump represents change.
Moreover, on the top Trump issues of immigration and trade, the elites have always been the furthest out of touch with the country.
In the 1990s, when Bill Clinton fought the NAFTA battle, the nation rebelled against the deal, but the establishment backed it. When Republicans on Capitol Hill voted for most-favored-nation status for China, year in and year out, did Republican grass roots demand this, or was it the U.S. Chamber of Commerce and Business Roundtable?
On immigration, where are the polls that show Middle Americans enthusiastic about increasing the numbers coming? Where is the majority demanding amnesty or open borders?
The elites of Europe are as out of touch as America's.
Angela Merkel, Time's Person of the Year in 2015, is at risk of being dumped in 2016 if she does not halt the next wave of Middle Eastern refugees who will be arriving on Europe's shores when the seas calm in the spring in the Aegean and the Mediterranean.
If we believe the immigration issue Trump has seized upon is explosive here, look to Europe. In the Balkans and Central Europe, even in Austria, the barriers are going up and the border guards appearing.
Mass migration from the Third World to the First World is not only radicalizing America. It could destroy the European Union. Anger over any more migrants entering the country is among the reasons British patriots now want out of the EU.
America is crossing into a new era. Trump seems to have caught the wave, while Clinton seems to belong to yesterday.
A note of caution: This establishment is not going quietly.
Source>http://townhall.com/columnists/patbuchanan/2016/02/26/hillary-vs-the-donald-n2124785/page/full
Posted by theodore miraldi at 8:01 AM