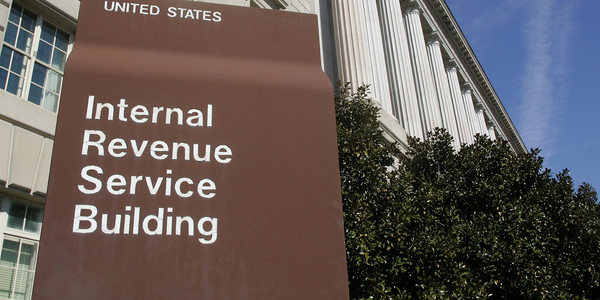 When a federal court and the federal government ordered Doreen Hendrickson to sign a form under penalty of perjury that she believed to be inaccurate, the mother of two initially refused to comply.

Eventually, she obeyed but noted that the sworn statement was being made under duress.
Now, because of that decision, she is sitting behind bars for “contempt of court.”
A federal appeal is being considered in what sources called an “unprecedented” case, with arguments from both sides presented last month.
The case’s has broad implications for free speech and due process.
Hendrickson’s saga officially began in 2006, when the Internal Revenue Service claimed that refunds it had issued to her years earlier were mistakes, according to the family and official documents reviewed by WND.
In 2007, the U.S. Department of Justice went much further, asking a federal court to sign an order purporting to force Hendrickson to repudiate her previous tax returns and sign new ones.
However, she was never even accused by the government of tax evasion or filing false returns, much less convicted.
The DOJ, however, wanted her to replace her original returns – signed under penalty of perjury – with new documents in which the content would be dictated by the IRS, also signed under penalty of perjury. They flew in prosecutor Melissa Siskind from Washington to pursue the case.
Hendrickson believed the information dictated by the IRS was incorrect, so she could not sign it without an explanatory note pointing out that it was made under duress, she explained.
Indeed, no U.S. government official was willing to swear under penalty of perjury that he believed what the government wanted Hendrickson to swear she believed.
Because the new return would also have to be signed under penalty of perjury, had Hendrickson complied without indicating the coercion, she would have essentially admitted to perjuring herself on the original return.
The dispute has observers and legal experts baffled.
“I can’t say in 30 year[s] of practicing law that I’ve ever seen anything like this,” Hendrickson’s appellate attorney, Mark Cedrone, told WND over the phone.
The case
In short, the federal government put Hendrickson in a Catch 22 situation and appears to have violated constitutional protections enshrined in the Bill of Rights, including the First and Fifth amendments. 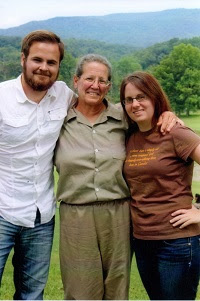 Doreen Hendrickson and her children
Fundamental free speech rights and due process are at issue in the case.
In what observers and attorneys believe is unprecedented in American history, federal prosecutors sought to compel a person not only to speak, but to affirm under penalty of perjury the truthfulness of something the person did not believe to be true, all to advance the government’s desired narrative in court.
The Justice Department did not respond to repeated requests by phone and email for information from WND.
Husband Pete Hendrickson, however, told WND the government was trying to coerce his wife into committing perjury, using threats, in a manner that would financially benefit the government.
“Further, Doreen was ordered to conceal the fact that the false testimony was coerced,” he said. “She was ordered to render it in such a fashion that anyone seeing it would conclude that the testimony was entirely Doreen’s freely made of her own accord and representing what she really believes [to be] true.”
In what her husband called “ironic” and “chilling,” the indictment against his wife for refusing to say what the DOJ wanted her to say came at almost the same time as the Supreme Court ruled yet again that the First Amendment “prevents the government from telling people what they must say.”
In the summer of 2013, federal agents took her to a federal facility in downtown Detroit on an indictment of “contempt of court” for refusing to go along with the demand.
“I don’t want my kids to grow up in a world where they’re afraid to say what’s true, because the government wants them to say something different,” Doreen Hendrickson says in a video posted online. “That isn’t any way to live.”


When she still refused to comply with the court order instructing her to sign the declaration without reservations noting the coercion, she was convicted of "contempt of court" and sentenced to 18 months in prison.
She could go back for more time if she does not comply with what the Hendricksons contend are illegal orders upon release late this year.
The first trial ended in a hung jury after Hendrickson was allowed to read Supreme Court rulings about speech rights. But in the second, she was prevented from doing so, and the government was successful in securing a conviction.
In the trials, the judge instructed the jury, "properly" according to the federal government's appellate brief, that the legality of ordering Hendrickson to sign something she did not believe to be true was not at issue.
Pete Hendrickson, outraged, blasted the "co-conspiring judge" and the controversial instructions given to the jury, which are an important element of the appeal.
"This is utterly offensive to the constitutional protections of speech and conscience, and of due process, which provides that anyone in a legal contest with another party – even when that other party is the United States [government] – is entitled to make their own claims, to argue their own facts, and is under no circumstances obliged to endorse the views of their opponent," he said.
"The assault on Doreen Hendrickson is an assault on every American," Pete Hendrickson told WND. "What's being done to this good woman undermines the very rule of law which is the only thing keeping us from arbitrary and despotic government.
"No one can be told what to say by the government," he continued, "and especially not what to say she believes true."
The First Amendment "says this in as plain a way as it can be said," Pete Hendrickson said, adding that "the amendment means what it says," as "has been endlessly stated by the U.S. Supreme Court and all other courts of every kind throughout the country and throughout our history."
"This is perhaps the most well-settled point in American legal history," he added, referring to speech rights.In her statement before sentencing denouncing the "illegal" schemes of the government and the court, Doreen Hendrickson lashed out at the prosecutor for her "lies" and lambasted the "criminal" process used to secure her conviction.
"No one, not even the government, gets to preemptively evade the contest or control its outcome by taking, or being given, control of what its opponents say – even if it really thinks what is being said or might be said is wrong," she told the court. "Both sides must rely on the strength of their own arguments to overcome those of their opponent, and are prohibited from using strong-arm tactics against each other. In fact, efforts to secure favorable testimony in such a contest by threats or coercion are crimes."
Hendrickson also noted that she expected to prevail upon appeal and outlined the reasons why.
A book on the 'witch trial'
Observers who witnessed the trial also expressed outrage over what they saw and contend that Hendrickson was railroaded in a sham proceeding that was rigged from the start. 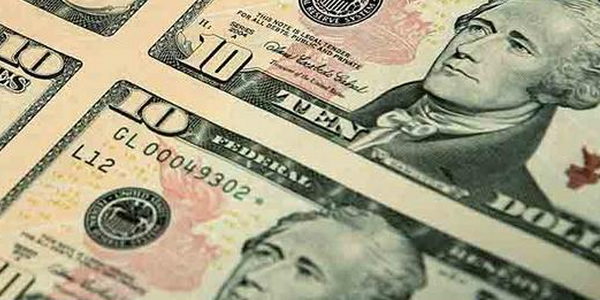 "That's all I want: justice," she concluded.
Appeal process
The Hendrickson case is currently in the appeals process, with arguments having been heard last month.
The defense argued, among other points, that the trial court failed to properly instruct the jury concerning critical issues.
Also at issue is Doreen Hendrickson's First Amendment right to say what she believes, the appellate brief contends.
Finally, the manner in which the case was charged and prosecuted was defective, according to the defense.
"Today Doreen Hendrickson sits in a federal prison for having the temerity to disagree with the government and expressing her disagreement," Doreen Hendrickson's attorney for the appeals process, Cedrone, told WND.
"As required under the court order for which she stands convicted of violating, on two occasions, Mrs. Hendrickson submitted amended tax returns," he explained. "In doing so, she reported as income earnings that she truly believes are not properly subject to tax. Since tax returns require one to affirm her subjective belief of the accuracy of the recorded information, Mrs. Hendrickson qualified her filings by stating her disagreement with the compelled characterization of certain items as income.
"No one disputes that Mrs. Hendrickson believe[s] what she claims to believe," Cedrone added. "Instead, our constitutional government has unilaterally decided that her good efforts to comply with a court order are simply not good enough because she expressed her sincerely held view that the items she was required to declare as income are not income.
"This represents a shameful abuse of public authority," the attorney added.