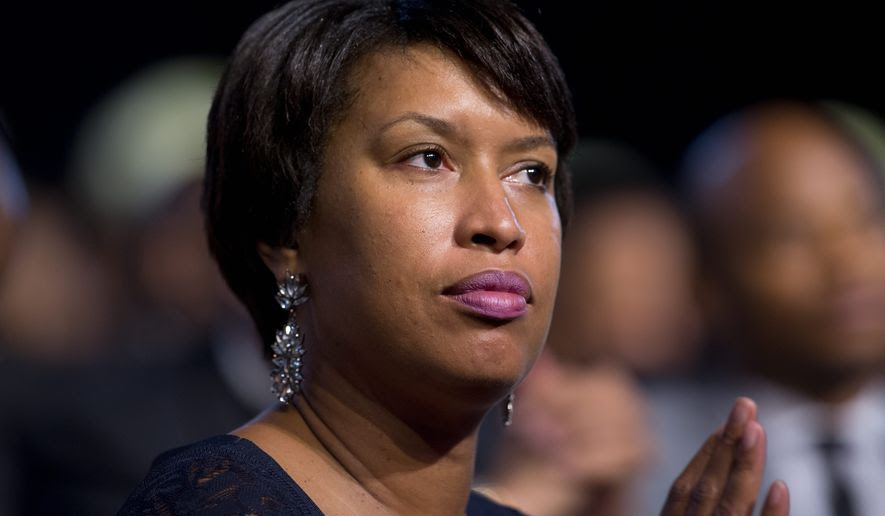 
The D.C. Public Schools System is looking to Cuba for lessons to improve literacy in the nation’s capital.

D.C. Mayor Muriel Bowser and Schools Chancellor Kaya Henderson have toured several schools in Havana during a five-day visit to the communist-run island nation, which boasts a 99.8 percent literacy rate.
“Given Cuba’s emphasis on a strong education, I know there’s a lot we can learn from each other,” Ms. Bowser said Tuesday from Havana in a conference call with reporters. “There’s a focus on teaching here and making sure all citizens have access to high-quality teaching.”
Both Ms. Bowser and Ms. Henderson toured the University of Havana, the oldest university in Cuba, as well as a middle school and a trade school to get a better understanding of how “the country’s literacy, graduation rates and university and college retention rates remain consistently high,” the Democratic mayor said.
U.S. businesses, governments and tourists have been eyeing the Caribbean nation for various opportunities since President Obama and Cuban President Raul Castro announced the resumption of diplomatic ties in December 2014. Having ended a 50-year-old trade and travel embargo against Cuba, Mr. Obama plans to travel to Havana this year.
Cuba has long reported a near-perfect literacy rate unverified by any international agency or standardized measurement. Likewise, Russia and China enjoy literacy rates of 99.7 percent and 96.8 percent, respectively, according to the CIA World Factbook. North Korea boasts 100 percent literacy.
Literacy rates for Western nations like the U.S., Great Britain, Germany and France are not reported on the CIA World Factbook website.
But according to a report by the State Education Agency, about 64 percent of D.C. residents over the age of 15 are functionally literate — a statistic that falls significantly in Wards 5, 7 and 8, which register about a 50 percent literacy rate.
Ms. Bowser didn’t offer details about how an education system based on Marxist ideology could be applied to the District’s often-troubled school system, which has about 48,000 students and spends about $16,000 per pupil, according to a 2014 report by the Thomas B. Fordham Institute.


Modeling the D.C. school system on Cuba’s would require some noticeable changes.
School days in Cuba are 12 hours long — from 7 a.m. to 7 p.m., and the school year begins in September and ends in early July, offering only two months of summer break. Breakfast and lunch are provided free of charge, and all students wear uniforms that also are provided without charge. Education from primary school through the university level is free of charge.
According to the U.N.’s cultural and educational agency, UNESCO, Cubainvests about 10 percent of its annual budget in education, while the United States spends about 2 percent of the federal budget on education. However, education in the U.S. is a local and state matter, not a federal one.
And Cuba didn’t follow a traditional path to its vaunted 99.8 percent literacy rate — at least not one that District schools could easily follow.
Following the 1959 Communist revolution led by Fidel Castro, Cuban officials nationalized the schools and promised to eradicate illiteracy, which affected nearly 75 percent of the population.
By 1961 the Castro administration had sent hundreds of thousands of young educators into the countryside to erect schools and instruct poor, rural residents.
According to UNESCO, more than 800 literacy centers were opened, and about 268,000 Cubans worked on the campaign. By 1970 Cuba reported about 88 percent of its residents were literate, and that number reached 99 percent in 1986. It has remained there ever since.
In Washington, D.C. Council member David Grosso, the at-large independent who heads the Education Committee, declined to comment on the education portion of the mayor’s trip to Cuba.
Ms. Bowser and Ms. Henderson are touring Cuba with a delegation from the D.C. region, including Democratic council members Jack Evans (Ward 2) and Vincent Orange (at-large Democrat); Montgomery County Executive Isiah Leggett; Virginia Secretary of Commerce and Trade Maurice Jones; and members of the Greater Washington Hispanic Chamber of Commerce.
Ms. Bowser participated in the first Washington DC-Cuba Business Forum, which she says could open trade between the District and Cuba. She said D.C. businesses might soon reap the benefits of construction contracts in Cuba as U.S. trade relations emerge.
“The Cubans are pretty focused on the projects they need to do,” Ms. Bowser said. “And they’re concentrating on the time when relations between Cuba and the United States become normalized.”
No contracts have been signed yet, however. Brian Kenner, D.C. deputy mayor for planning and economic development, said it’s too soon to hash out any details on possible construction projects.
“Everyone is going down talking about these opportunities,” Mr. Kenner said. “Didn’t think we’re going walk away after two days with a transaction.”
Ms. Bowser said she has talked for more than a year about how the D.C. region could market itself to an international audience and that Cuba is rife with opportunity.
Mr. Kenner said the aim of regional leaders’ visit is to build relationships in Cuba for when construction contracts begin to be awarded.
“[The trip has been] very productive, and it will be helpful once markets open up,” he said.
Source>http://www.washingtontimes.com/news/2016/feb/23/dc-looks-to-communist-cuba-for-lessons-to-improve-/?page=all#pagebreak
Posted by theodore miraldi at 1:07 PM