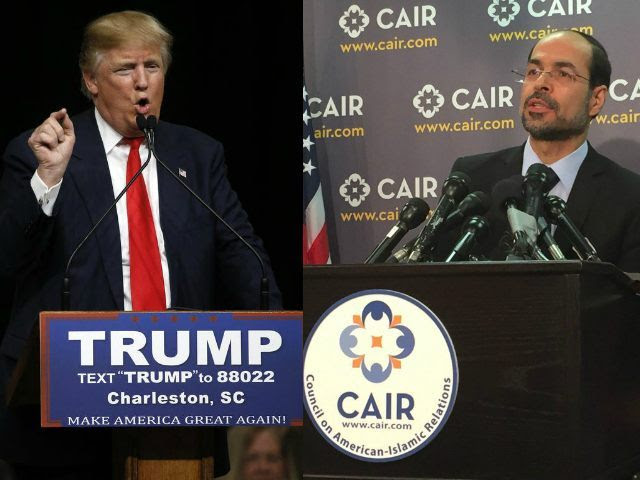 CAIR has been declared a terrorist organization in the

prosecutors as an unindicted co-conspirator in the Holy

told a story during a rally about Muslims being executed

with bullets “dipped in pig’s blood.”
Trump reportedly told a story at a rally in South Carolina

on Friday about General John Pershing’s operations during

He took 50 bullets and he dipped them in pig’s blood, and

people, and they shot 49 of those people. And the 50th

person, he said, “You go back to your people and you tell

them what happened.” And for 25 years there wasn’t a

line from spreading hatred to inciting violence… By

directly stating that the only way to stop terrorism is to

murder Muslims in graphic and religiously-offensive

ways, he places the millions of innocent, law-abiding

citizens in the American Muslim community at risk from

CAIR was named as an unindicted co-conspirator in the

financing case that would result in the FBI ending

relations working with CAIR. The HLF trial was the largest

terror-financing case in American history.
In 2008, during a retrial of the HLF case, an FBI Special

Agent labeled CAIR as “a front group for Hamas” during

her trial testimony.
In 2010, a federal judge said his court had “ample evidence”

that CAIR was involved in “a conspiracy to support

Hamas.” CAIR, which has relied upon millions of dollars in

Saudi funds to spread its message, was recently listed by

the United Arab Emirates (UAE) as a terrorist

organization.
CAIR, though a 501c3 organization, has continued to lobby

against Republican candidates for president, which Dr. Ben

Carson — another GOP presidential candidate who has

faced CAIR’s negativity — has argued should result in the


. The Texas Senator has called for CAIR, and the Muslim Brotherhood as a whole, to be labeled a terrorist organization.