The Matrix of Progressive Socialism 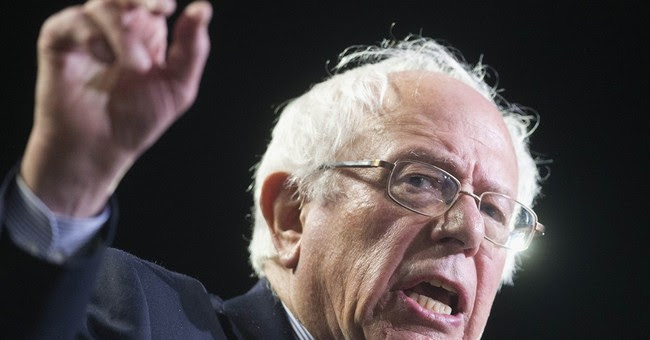 
Last Saturday morning, I went for a nice long run in South Florida and pondered the presidential primary contests. It appears that the GOP is down to three fellas. But it was the Democrat duel that made me think the most. I wondered how Vermont’s Senator Bernie Sanders was causing such an uproar in the Democratic primary. After all, what he is proposing with this “Democratic Socialism” has never found lasting success anywhere in the world, unless you appreciate equality of outcomes.
Then it hit me: the message Sanders is delivering reminded me of the 90’s movie “The Matrix.” The basic premise of the film correlates to the governing philosophy of which Sanders promotes. In the film, humans have been overtaken by the “machines” and are being used as energy sources since their prior energy source – the sun – has been lost. The machines create a perfect, computer-generated world for their human batteries to reside in – the Matrix.
However, there are humans who have escaped the Matrix and live in the “real world,” where life is imperfect and tough. It is a world all about survival, where they are constantly hunted by the machines. Even within the Matrix, there are agents who police the computer generated world making sure there are no disruptions – they can take on any form.
My favorite scene was when the character Morpheus asks the lead character Neo, played by Keanu Reeves, to take a red pill or a blue pill. "You take the blue pill, the story ends,” says Morpheus. “You wake up in your bed and believe whatever you want to believe. You take the red pill, you stay in Wonderland, and I show you how deep the rabbit hole goes."
The idea of progressive socialism is our world’s Matrix. It is a utopian world that promises all that one would desire. It is based upon a belief that one can have as many “free” things as they wish. These “free” things are guaranteed by the “machines” of progressive socialism, who believe they can create this world that does not exist. Just as the Matrix’s machines needed humans plugged in as their energy source, progressive socialists need to collectively drain the energy of individuals to make their schemes work.
When one is plugged into the matrix of progressive socialism, you do not exist for yourself. Your energy is usurped for the collective existence of the machines, and in exchange you are rewarded with the fantasy life of the Matrix.
Then come along those who have been “unplugged” from the matrix; conservatives who seek to, as Morpheus stated, free other minds. Conservatives come along and confront those plugged in with the seminal question, blue pill or red pill. How very interesting that in American politics that blue is associated with the Democrat party and red with the Republican party. If you take the blue pill you can stay in the fantasy world of the Matrix…but the red pill will free your mind, and you will see how deep the rabbit hole goes. The red pill represents freedom and liberty, allowing the individual to separate from the collective. However, the real world is not one of fantasy and pleasure; it is about survival, working hard, and evading the sentinels – the hunter machines, the liberal progressive media.
That is what it is like as the conservative today, and especially a minority conservative. The agents seek to prevent you from freeing more minds from the Matrix. They cannot allow you to educate and inform and have people taking the red pill and escaping their grip.
Why?
Because the machines need the power of individual human will and determination. This is what progressive socialism does, it drains the indomitable desire, will, and drive to take part in equality of opportunity. It entices you with the lure of the Matrix world, a perfect world. Even in the film, after betraying Morpheus and being “replugged” back into the Matrix, Cypher’s mind had been freed. He knew the steak wasn’t real - but the Matrix told him it was and that it tasted good.
The matrix of progressive socialism is no different. We know that it is not successful, that the steak does not exist. Yet somehow we are told that it is good.
So what needs to happen? More people need to take the red pill and have their minds liberated. Sadly, it appears that many prefer the blue pill, and just want to stay plugged in and be an energy source for the machine.
The real world may be tougher, but, unlike the matrix, you are free. So, which pill do you want to take?
Source>http://townhall.com/columnists/allenwest/2016/02/24/the-matrix-of-progressive-socialism-n2123974/page/full
Posted by theodore miraldi at 9:42 AM