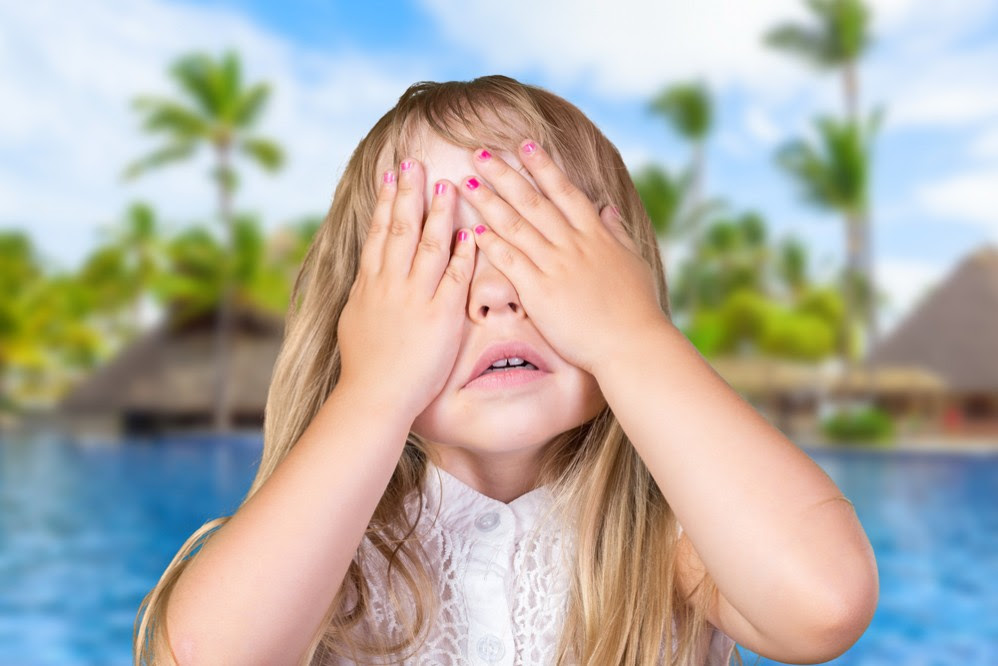 LGBT activists are terrified that South Dakota Gov. Dennis Daugaard will follow his legislature’s lead in refusing to succumb to the high-pressure conformity tactics they’ve used to cow many other politicians. If Daugaard signs House Bill 1008, his state will be the first to secure men, women, and young children’s rights to use locker rooms and bathrooms free from the eyes and presence of people who are biologically of the opposite sex.
So LGBT groups are spewing forth even more of their usual overhyped invective. The laughably named Human Rights Campaign has been sending forth feverish press releases imperiously demanding that men be allowed to shower in the same area as little girls, lest children be endangered. Yes, really: “These appalling proposals [to keep men out of little girls’ showers and bathrooms] would compromise the safety and well-being of the young people we all have the duty and obligation to support and protect.” A little more self-awareness, please.
More likely HRC’s urgent tone reflects the fact that many state lawmakers have this year introduced bills intended to protect women and children from finding themselves undressed next to a person of the opposite sex, with no recourse. More than two-dozen of these bills have surfaced in the past six months in states including Colorado, Florida, Indiana, Kentucky, Minnesota, Missouri, Nevada, Texas, and Wisconsin. The spike in such bills is a direct response to the Obama administration last year forcing public schools in Illinois and Virginia to put boys in girls’ dressing, bathroom, and shower facilities, or lose federal K-12 funds. The administration will soon release a “hit list” of religious colleges that similarly protect sexual privacy.

Transgender: A Bridge Too Far

Many lawmakers find forcing little girls to undress next to men and boys too intolerant for even their heavily conditioned tastes, as this report from a debate in Indiana shows: “The ‘T’ (in LGBT) is a stumbling block at the moment,” [Senate President David] Long said…Democrats refused to support a proposal that did not include civil rights protections for transgender Hoosiers. But Republicans refused to support a proposal that included them.” LGBT activists’ refusal to compromise in red-state Indiana on forcibly injecting transgender men into women and children’s bathrooms this month tanked a broader special-rights bill for a stack of their preferred sexual minorities.
‘The “T” (in LGBT) is a stumbling block at the moment,’ [Senate President David] Long said.’
These lawmakers’ common-sense stance was totally non-controversial about a year ago. Now all of a sudden schools that have boys’ and girls’ bathrooms are being propagandized as “extremist.” Why the rush? Because this logical extension of the LGBT agenda is so obviously anti-reality that to succeed they must push it through, fast and furiously. In this case, the method is to smear the legislators and the vast majority of South Dakotans they represent, claiming they are “attacking transgender children.”
Nothing is further from the truth. South Dakotan legislators and their compatriots across the country are standing up, both to protect the vulnerable women and children of America who comprise a majority of the population and to protect rights for everyone that are far more important than forcibly rearranging private spaces to accommodate feelings that are probably best resolved through psychotherapy, not enabling self- and other-abuse.
Here’s how these “bathroom bills” show that the LGBT political agenda ultimately degrades human rights, suppresses scientific truths, and ends government by consent.

The Fundamental Rights to Free Speech and Association

Children’s Right to Be Secure from Exploitation

The Right to Act with Authenticity and Integrity

The Transgender Agenda Is Anti-Science

The heart of South Dakota’s HB 1107 states the following:

the state may not take any discriminatory action against a person, wholly or partially, on the basis that the person believes, speaks, or acts in accordance with a sincerely held religious belief or moral conviction that;
Marriage is or should only be recognized as the union of one man and one woman;
Sexual relations are properly reserved to marriage; or
The terms male or man and female or woman refer to distinct and immutable biological sexes that are determined by anatomy and genetics by the time of birth.

The HRC seeks to make expressing all of the above beliefs illegal. Here’s the kicker: that ultimately includes any statement in which you would recognize the biological reality of your own body.
The LGBT agenda is nothing less than a war on reality. Essentially, it requires that everybody get with a legal package deal that insists human beings are neither male nor female. The transgender piece of it absolutely requires this. Remember, it’s based on the premise that your “gender” (which is a linguistic, not scientific, term) is arbitrarily “assigned at birth,” never a fact of physical reality, such as the basic truth that all human beings, except the tiny percentage with genetic anomalies, have either XX or XY chromosomes imprinted on every single cell of their bodies.
Gender is not assigned at birth, because a person’s sex is permanent.
This is biology 101 that every school worth the name teaches at least in high school. And it means that gender is not assigned at birth, because a person’s sex is permanent. It’s inherent to each individual human from the first second that sperm and egg fuse. No amount of social shaming can change this basic fact of life. Scholar Daniel Moody has dissected this fallacy of gender theory in an insightful blog post entitled “The Flesh Made Word.”
There is no logic to implementing the transgender agenda, because it inherently requires irrationally rejecting the simple, biological reality that men and women’s bodies are quite different, and that nothing can make a genetically normal person transmogrify either into the other sex or into the very small number of people whose bodies, due to genetic defects, include aspects of both sexes.

A War On Government by Consent

The headline of a HRC press release reads: “South Dakota on the Verge of Becoming First State in Nation to Pass Law Attacking Trans Children.” The quote from the HRC president reads: “This legislation is disturbing, shocking, and outrageous. It serves no other purpose than to directly attack transgender children and could have catastrophic consequences. The Senate must stop this vile legislation dead in its tracks.”
These are the smears of political correctness, which are intended to modify your language, behavior, and thoughts.
Disturbing. Shocking. Outrageous. Vile. Really? These are the smears of political correctness, which are intended to modify your language, behavior, and thoughts. This is exactly how gas lighters operate on their victims. Without suppressing dissent, the entire transgender project would die in its tracks, just like any other cult project. The LGBT lobby knows this.
Instead, it can only operate within a Stalinist-style framework. It’s totally about agitprop. Marshall Kirk and Hunter Madsen laid out the whole strategy for the LGBT agenda in their 1989 book “After the Ball.” They prescribed a hardcore propaganda and marketing campaign that utilized depth psychology. It’s classic thought reform, which can be applied to get people to believe anything, no matter how implausible.
Their prescription was to first de-sensitize the public. Then to “jam” or suppress every word of dissent. Finally, everyone must convert. This cultivates a conditioned population. Once we are conditioned in this manner, we end up accepting agendas and programs that we’d at least question if our society respected clear and free thinking. Instead, people either self-censor or conform to the party line out of hope for social acceptance.
Representative government requires citizens to be able to openly discuss social questions among themselves.
That’s how it works in places like North Korea, anyway. We’re getting there, thanks to purveyors of censorship under the guise of “non-discrimination.” It’s entirely opposite to how American-style government is supposed to work. Representative government requires the citizens, who are themselves the source of our government’s authority, to be able to openly discuss social questions among themselves and consequently direct their representatives.
If we are afraid or taught not to speak, representative government cannot happen. Tiny factions like the LGBT lobby wield power over an unwilling populace, which breeds resentment against government for not aligning with our priorities. Political correctness therefore eviscerates government by consent; under it, government operates based on brute force, which escalates public disapproval in a constant cycle until the social repression is broken—sometimes with (God forbid) violence.