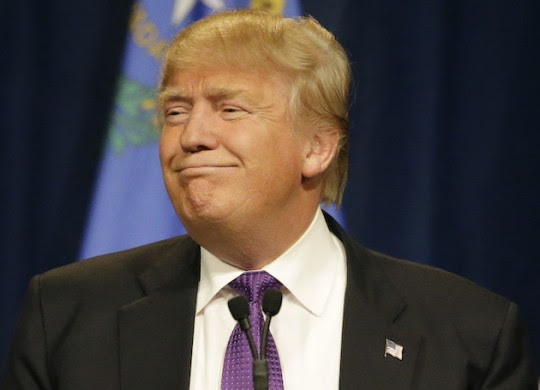 
President Obama is playing a cynical game. He’s consistently raised Donald Trump’s profile in an attempt to boost the mogul’s chances of winning the Republican nomination. Obama’s theory is that Trump is unelectable. And it’s true that Trump is the only candidate in the Republican field who consistently loses in general election match ups against Hillary Clinton. A Trump nomination, Democrats believe, would be the best way to hold the White House for another four years.
Does the idea that Trump is unelectable sound familiar? It should. Republican elites said much the same thing in the six months preceding Trump’s second place finish in Iowa and first place finish in New Hampshire. The GOP’s top political consultants laughed Trump off, calling him names and saying he didn’t have a chance. Now he’s on track to winning the nomination. While I still believe he would be the underdog in a general election, there are several reasons the Democrats are underestimating his powers. Here are seven:

Clinton enjoys a 2.8-point advantage over Trump in the current Real Clear Politics average of polls. Not exactly a landslide.

Typically a Republican candidate moves to the right during a primary in order to win over conservatives. But the positions that candidate takes in the primary can hurt him in the general election. But Trump hasn’t moved in any direction. He’s consistently voiced his opposition to illegal immigration, free trade, foreign wars, “people dying in the streets,” and entitlement cuts. Support for the Great Wall of Trump is mixed, but the public supports the Trump view of trade and foreign policy. And Trump is closer to the general electorate on social issues than the other Republican candidates. His position on Planned Parenthood, for example, is that it should not receive federal funding until it exits the abortion business. Polling bolsters this stance.

Trump Will Have Months to Find and Occupy the Political Center

At this point it’s possible that Trump will secure the Republican nomination in three weeks. After Florida and Ohio vote, Trump will turn his attention to the general election. He’ll be free to hone his message and adapt to the new environment. His most likely opponent, however, may still be embroiled in a contested primary. Fueled by small dollar contributions, Bernie Sanders is unlikely to leave the Democratic race any time soon. So Hillary will be running against both Bernie and Trump. And Trump will have time to figure out which lines against her work and which do not. He will use his earned media to define Clinton as weak on immigration, trade, foreign policy, and fitness for office. If past is prologue, Trump’s attacks will be loud, nasty, over the top. And they’ll work.

Hillary is vulnerable. She’s the insider, Trump’s the outsider. Wall Street loves her, hates him. She’s a retread, he’s new to politics. Her own party does not trust her or think her honest. She’s dogged by the email scandal. Who knows what else she’ll have to respond to in the coming months. On the stump she’s flat, unfunny. Trump is dynamic and comical. Obama adviser David Axelrod has notedthe contrast. It doesn’t favor Hillary.

Supermajorities say the country is headed in the wrong direction. Clinton, meanwhile, is the candidate of the status quo. And Democrats suffer from an enthusiasm gap. It’s evident in polls and in turnout. Trump is bringing new voters in, while Democratic turnout is down from 2008. Republican conventions are usually staid and somber affairs. Not with Trump as the nominee. The Democratic convention will look like a wake in comparison.

Michael Bloomberg’s Entry into the Race Would Help Trump

The few polls that have included Michael Bloomberg in a three-way race for president show the New York mayor taking votes not from Republicans but Democrats. Stands to reason, as Bloomberg is a cultural liberal whose top issues are gun control and climate change. Trump, meanwhile, is running as a pro-lifer and champion of the Second Amendment and enjoys evangelical support.

Trump’s response to the terrorist attacks in Paris and San Bernardino greatly helped his chances. Imagine if another attack occurs during the presidential campaign. The same goes for a recession, or for chaos in China or on the Korean Peninsula or between Russia and Turkey. Would voters want to stick with the party that led us to this place? Or would they be willing to try their luck with the billionaire strongman?
Democrats will launch a two-pronged attack on Trump: They’ll attempt to define him as a racist and as unfit for the presidency. It could work. But remember that general election campaigns are contests between two candidates. Who’s proven to be the tougher, more agile, more compelling politician over the last six months: Donald Trump or Hillary Clinton? And who has proven more resistant to attack?


The Democrats say Donald Trump is a joke. They call him names, dismiss his chances. What they do not understand is that we are in the midst of a political phenomenon not unlike the one that brought Barack Obama to the White House. You can’t stop it. You can’t control it. Donald Trump is tearing apart the GOP. And the Democrats are next.
Source>http://freebeacon.com/blog/7-reasons-democrats-should-be-terrified-of-donald-trump/
Posted by theodore miraldi at 9:08 AM