'There's nothing easy about running for president, I can tell you' 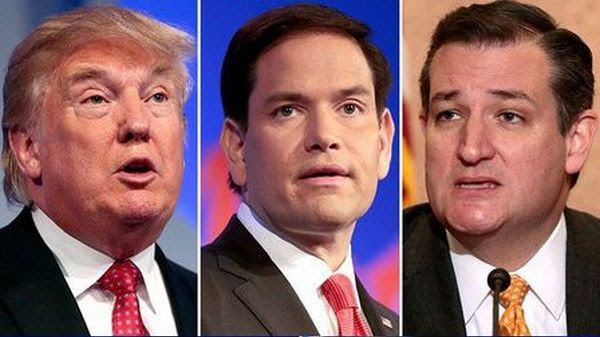 Donald Trump has won the South Carolina GOP primary … overwhelmingly.
The win gives Trump momentum ahead of Tuesday’s Republican caucuses in Nevada, as well as the so-called Super Tuesday states that vote March 1 and also have a heavy southern cast.
When the polls first closed at 7 p.m. after the primaries, the race between Donald Trump, Ted Cruz and Marco Rubio was deemed “too close to call.”
With 12 percent of precincts reporting, Trump had 35% of the vote, Marco Rubio had 22.5 percent, Ted Cruz had 18 percent, and Jeb Bush had 12 percent. Trump maintained his lead throughout the night.
"There's nothing easy about running for president, I can tell you," a victorious Trump told a rally in Spartanburg. "It's tough, it's mean, it's nasty, it's vicious ... it's beautiful."
He added: "When you win, it's beautiful."
Trump took 45 of South Carolina's 46 counties, losing only in Sumter County, location of the state capitol, to Rubio. 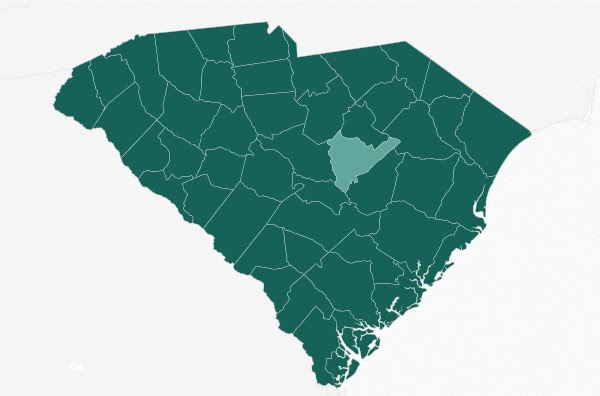 Donald Trump won all but one county in South Carolina's Republican primary
Following his poor showing, former Florida Gov. Jeb Bush, who was running neck-in-neck with Ohio Gov. John Kasich for fourth place in today's vote, announced he would suspend his campaign, saying, "the presidency is bigger than any one person."
"The people of Iowa and New Hampshire and South Carolina have spoken and I really respect their decision, so tonight i am suspending my campaign," Bush said in an emotional statement.
Bush had staked his campaign's future on a strong showing in South Carolina, bringing his brother, former President George W. Bush to the state to campaign for him.
Both Cruz and John Kasich issued statements congratulating Bush on a well-fought race.
Cruz, running in a virtual tie with Rubio for second place, was unable to dominate the evangelical vote, which split for Trump. This complicated his campaign's strategy to secure a big win in the March 1 Super Tuesday election, with primary contests across the religiously conservative South. Cruz repeatedly predicted Super Tuesday would be an "amazing day" for his campaign.
Voting proceeded smoothly across most of the state, which experienced a record number of absentee ballots. About 59,000 absentee ballots have been returned, compared to 27,000 four years ago.
Trump's campaign had been cautiously downplaying expectations in the primaries, even though polling showed him leading by a wide margin (and rival campaigns expected him to win).
In an interview with CNN's Sara Murray, Trump's campaign manager, Corey Lewandowski, said he predicted a tight race, albeit one that could draw record turnout. He said the campaign only needed to win by one vote, but ideally they'd win by one vote in each congressional district to vacuum up as many delegates as possible.

Lewandowski has been hammering volunteers and staffers to keep fighting to the finish and work as hard as Trump, who had a busier schedule than usual in the run-up to the Palmetto State primary.
"I'm not a slave driver, but too many people rest on their laurels," Lewandowski said. "I've said to our guys, 'Look, my boss works 20 hours a day. I don't expect you to work more, but I don't expect you to work less.'"
A Ted Cruz campaign adviser believed they would come in a strong second, a goal from the start, which Cruz hoped to celebrate as a "win."
Brent Nelson, a political science professor at Furman University, said that the "nail biter" Saturday night was Rubio and Cruz.
Fox noted South Carolina's Republican primary is the first in the South, and typically plays a major role in determining which candidate will go on to get the party's nomination. Since 1980, only one candidate has not won the Republican nomination for president without first winning in South Carolina. That one candidate was Mitt Romney in the 2012 election. Newt Gingrich won the South Carolina GOP primary that year.
Religious voters turned out in high numbers in South Carolina. A CNN exit poll indicated evangelical or born-again Christian voters made up 74% of the electorate. This is in contrast with Iowa, where 64% of Iowa Republicans identified as such.
Bush's low results had people speculating when he would drop out of the race.

Trump's victory comes on the heels of a second-place finish in Iowa and a dominant victory in New Hampshire. It is seen as the latest example of the anti-establishment energy which has fueled this year's GOP campaign.
The real estate mogul's unorthodox activities in South Carolina over the past week would make a more traditional politician pause. He called for a boycott of Apple Inc., accused Cruz of lying, sparred with the pope and otherwise shook up the traditional southern gentility – and voters couldn't seem to get enough of it.
The State reported exit polls taken in South Carolina found about three-quarters of Republican voters supported a temporary ban on Muslims who are not American citizens from entering the United States, one of Trump's signature proposals.
Trump faces the next battle in Nevada, but his casino industry ties and property ownership in Las Vegas is thought to give him an advantage there.