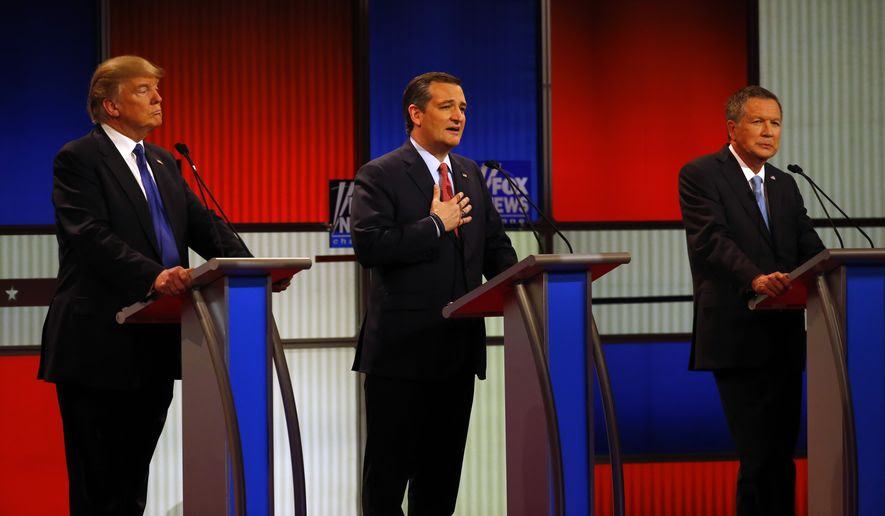 Photo by: Paul SancyaPennsylvania Republicans will go to the polls April 26 hoping to decide between Donald Trump, Ted Cruz and John Kasich — but their even bigger
decision will be between the likes of Christopher Vogler, Joan Miller and Cody Knotts, three people who are among the 150 or so running for
individual delegate slots to the July convention. (Associated Press)


“It looks like it is Trump, but you never know,” she said.
Source>http://www.washingtontimes.com/news/2016/mar/27/pennsylvanias-directly-elected-unbound-delegates-c/?page=all#pagebreak
Posted by theodore miraldi at 8:32 AM