Voters Have Defeated the Establishment, Now Will Decide Nominee 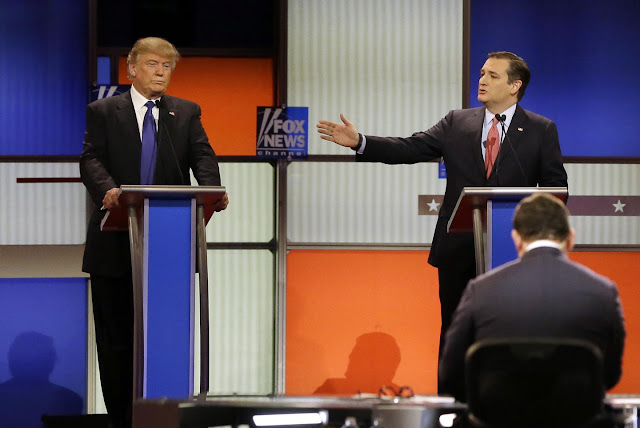 Scott Rasmussen
After years of pushing unwelcome candidates on an unhappy conservative base, the GOP Establishment has been soundly defeated in 2016. But some establishment players still dream of John Kasich or Paul Ryan emerging from the wreckage of a contested convention.
Donald Trump pointed out that there would be riots if he entered the convention with a big lead and the party leaders denied him the nomination. Ted Cruz agrees and thinks the idea of a convention would be “an absolute disaster.” Cruz added that “The way to beat Donald Trump is at the ballot box.” Cruz, of course, is the only candidate who has a chance to beat Trump at the ballot box.
And that’s the real dilemma facing the Republican leadership. They claim to want anybody but Trump, but what they really want is another establishment candidate. They won’t embrace Cruz, even though he is the only viable candidate not named Trump.
As I write this, Trump has 673 delegates while Cruz has 411. Trump would need to win 52 percent of the remaining delegates to clinch the nomination. He might be able to do that, but there’s a good chance he won’t. For Cruz, getting to 1,237 is almost impossible. He would need to win 77 percent of the remaining delegates.
But there is a more modest goal that both can realistically obtain. That’s to enter the convention with more delegates than anybody else. While Trump has the advantage, he still needs to keep on winning. If Cruz were to win a decent majority of the remaining 1,076 delegates, he would end the primary season with roughly the same number as Trump.
That means the question before us is simple. Can Cruz beat Trump in the remaining 20 states? If so, the Texas Senator would likely end up as the Republican nominee. He would have a great claim to being the legitimate choice
To be clear, I am not predicting a Cruz victory. For the Texas Senator to emerge victorious will require beating the New York billionaire consistently, something that hasn’t happened yet. But anything is possible now that the field is down to two legitimate contenders. Will Rubio supporters back Cruz over Trump? Will Kasich supporters abandon his campaign to nowhere? We don’t know, but the voters will tell us soon.
On Tuesday, 98 delegates will be awarded in Arizona and Utah. Arizona is a winner-take-all primary where Trump is favored, while Utah is a caucus where Cruz is favored. It Trump wins both, the race is over. If Cruz wins both, Trump’s run to the nomination could be in trouble. A split decision keeps the race alive.
After that, the campaign trail heads to North Dakota and Wisconsin, which are thought to be good prospects for Cruz. If they are, the race won’t be decided until the last primary day on June 7.
Taking a step back, though, it’s important to keep in mind what has already been decided by the voters. The Republican establishment has been defeated. Marco Rubio articulated the reasons in his concession speech. Voters gave Republicans control of Congress in 2010 and 2014, but nothing changed.
With that track record, it’s no wonder that many GOP voters have embraced their inner-Donald Trump to say “You’re Fired!”
Source>http://www.realclearpolitics.com/articles/2016/03/21/voters_have_defeated_the_establishment_now_will_decide_nominee_130041.html
Posted by theodore miraldi at 3:03 PM