A new lease for the Theater of the Absurd 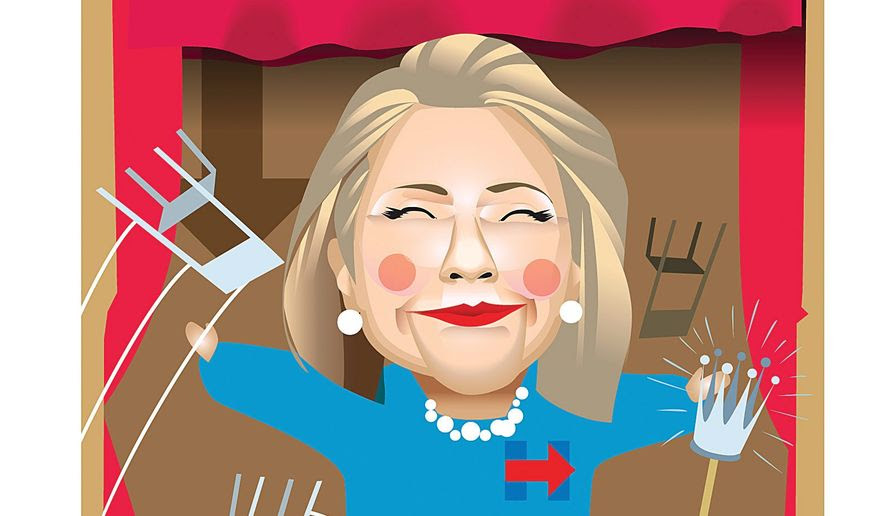 
ANALYSIS/OPINION:
The Theater of the Absurd was the vogue of the ‘60s, when the cry was “anything goes,” and everything did. Characters on stage, usually larger than life, invited audiences to reflect on the comedy of human existence, to shock them out of the complacency of everyday life. Such drama was particularly popular in New York City, the cultural capital, where the baby boomers were coming of age and establishing the unconventional as the prevailing values of the culture.
Something else was going on in Washington, the political capital, where an older generation was in power, and the boomers’ anger was focused on the human tragedy, the mounting loss of young American lives in Vietnam. Washington was a different kind of absurd theater, one demanding change from Lyndon Johnson, the embattled commander in chief. Protests became a social life for thousands.
In his “Armies of the Night,” Norman Mailer’s Pulitzer Prize-winning book about the peace march on Washington in 1967, he describes how protesters arrived in Washington in great numbers, promising to levitate the Pentagon. Protest doesn’t get much more absurd than that.
Despite huffing and puffing, the Pentagon wouldn’t rise, but the protests and elaborate theatrics contributed to ending an unpopular war, which took the lives of more than 58,000 Americans, and Saigon eventually fell. Lyndon Johnson decided not to run again and “the domino theory,” that if Vietnam fell to the Communists all of Asia would follow, faded into oblivion. That particular game was over.
What a difference a half-century makes. This week President Obama traveled to Vietnam to announce the lifting of the embargo on selling American arms to the Communist government in Hanoi, which he called a relic of the Cold War. Vietnam, once a bitter enemy, now wants shelter in the arms of the United States.
The distance from that era can be measured by rhetoric. Gen. Curtis LeMay, the chief of staff of the U.S. Air Force and the father of the Strategic Air Command that would deliver nuclear bombs, boasted that “we could bomb Vietnam back into the Stone Age.” That didn’t happen and Vietnam has inched forward into the high-tech age and the United States is looking for ways to increase trade, investment, tourism and education with its old foe. To show that even Communists can change, the Vietnamese released a dissident. The Rev. Nguyen Van Ly, a Roman Catholic priest and human rights activist who has spent more than 20 years in prison or house arrest, got his freedom.
Trends in drama have changed along with political theater. The reigning hit on Broadway is a rap musical about Alexander Hamilton, the Founding Father of the banking system. Hardly anyone remembers “America Hurrah,” three absurd dramas satirizing American consumerism and protesting the Vietnam War with farcical juxtapositions and nonsensical action, but absurd sensibilities haven’t disappeared. Absurdity merely changed venues, and is now played inside the two political parties as they choose candidates for president.
Hillary Clinton, with dour policy prescriptions, speaks with deliberation and exhaustive seriousness while a Democratic circus erupts around her, leaving her to explain the chaos in Nevada, where Bernie Sanders supporters threw chairs in protest of party rules devised to favor Hillary, and Sen. Barbara Boxer of California, a Hillary surrogate, trembled at the podium in fear of her life. This was theater as absurd as trying to levitate the Pentagon.
Hillary should have realized that she would have to earn a coronation months ago. Bill Maher, the television pundit and faithful Hillary fan, began mocking her for losing primaries “to a 74-year old Jewish socialist” eight years after “she lost to a black man with a Muslim name.” He told her, speaking as kindly uncle (or sympathetic cousin) that, “we’re making this as easy as we can for you, Hillary, but you’re going to have to help a little.” As endorsements go, it bordered on absurd.
Hillary’s 11-point lead over Donald Trump, the presumptive Republican candidate, has dwindled to a precious 3 in the latest Wall Street Journal/NBC News poll. This should have put Donald Trump on a roll, but he’s playing in a theater of the ghostly absurd. He has resurrected skeletons from the Clinton family closet, a big one, reminiscent of Fibber McGee’s. The millennials can look Fibber up, too, while they’re searching the archives to see who Vincent Foster and Juanita Broaddrick and Kathleen Willey and Paula Jones were. They were names writ large in the headlines once, and now they’re back.
“I created myself,” said Edward Albee, the playwright master of the Theater of the Absurd, “and I’ll attack anybody I feel like.” That sure sounds like the Donald.
Source>http://www.washingtontimes.com/news/2016/may/25/suzanne-fields-presidential-race-a-new-lease-for-t/
Posted by theodore miraldi at 1:27 PM