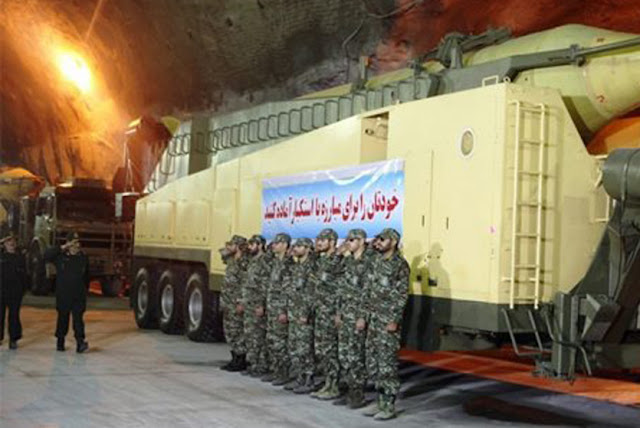 Missile launchers in an underground tunnel at an unknown location in Iran.Photo: EPA


The White House has encouraged Tehran to keep its potentially illicit missile tests secret, according to a top Iranian military official.
Amir Ali Hajizadeh, head of the Revolutionary Guard Corps Aerospace and Missile Force, made the stunning allegations in a speech picked up by the Middle East Media Research Institute, according to the Washington Free Beacon.
“At this time, the Americans are telling [us], ‘Don’t talk about missile affairs, and if you conduct a test maneuver, don’t mention it,’” Hajizadeh said.
Word of Iran testing long- range missiles cast doubt on that nation’s commitment to the nuke deal.
Remarkably, the nuclear accord is about as unpopular in Iran as it is in the US, with Iranians loyal to institutions like the Revolutionary Guard questioning why their leaders would cut deals with “Great Satan” America.
Source>http://nypost.com/2016/05/16/america-told-tehran-to-keep-missile-tests-secret-iranian-official/
Posted by theodore miraldi at 7:12 AM